The Telegraph speaks to two champions who made their mothers proud 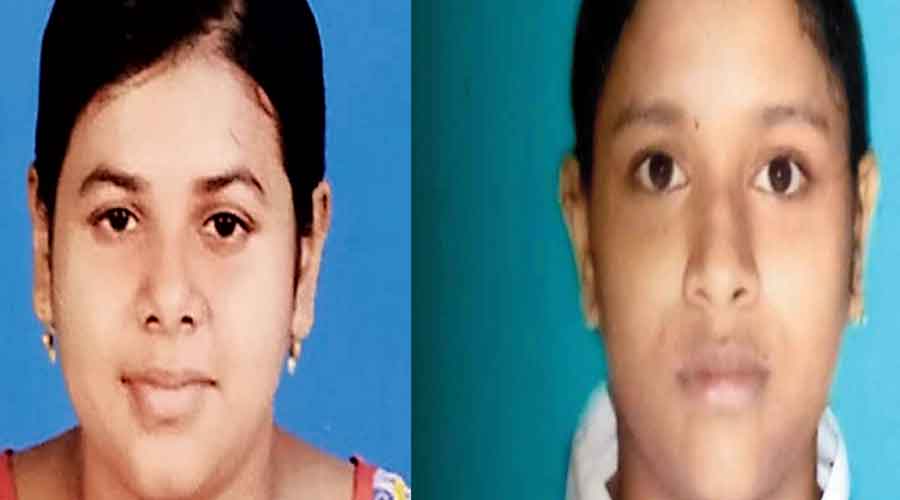 Mothers worked hard so that their daughters could overcome the odds. And they delivered the results. The Telegraph spoke to two champions who made their mothers proud.

Her mother prepares phuchkas and sells them to phuchka-wallahs, some of whom sell the stuff on carts outside her school.

Chobi Mondal began working as a labourer in a factory that makes ball pens because the money she earned by preparing phuchkas was not enough for her daughter Paromita’s studies.

Paromita’s score in the HS exams (the results were declared on Friday) made her feel her struggle had paid off, Mondal, 44, said. “Her father used to work as a garage mechanic. He had to discontinue work in early 2019 because of poor eyesight. I have been working since then to run the family and take care of her studies.”

The family’s income hardly exceeds Rs 3,000 a month. As this was not enough, Paromita had to take help of a charitable trust “Aalo”.

The founder of the trust, Bubai Bag, is an alumnus of her school.

Paromita who aspires to study English honours has scored 90 in the subject. She has scored 77 in Bengali, 91 in geography, 90 in Sanskrit, 80 in political science, and 83 in history.

“The trust only helps at the higher secondary level. My mother is not earning enough… the factory is not functioning regularly because of the pandemic. I thought I could give tuitions to raise the cost of higher education. But nobody is hiring tutors during the lockdown,” she said.

She kept studying, undeterred by the whirring of her mother Shampa Debnath’s sewing machine.

Debnath was “filled with joy” as her daughter scored 89.1 per cent in the HS exams. “Sharmishtha’s father died five years ago. I had to take to stitching clothes to run the family. I could hardly provide her with any support with the meagre income. I was filled with joy as she told me her scores.”

Sharmishtha relied on her school’s support for books and tuition.

She wants to study in Chandernagore Government College. What made her opt for the college?

“A government college will not be that costly,” she said.

Debnath said her monthly income was around Rs 3,500 before the lockdown. Now, it has dropped to Rs 1,500, she said. “My neighbours have been telling me to get her married off as she has crossed 18. But I want her to fulfil her dreams… the path will be difficult, though.”