Men share stories of their fight for women’s rights 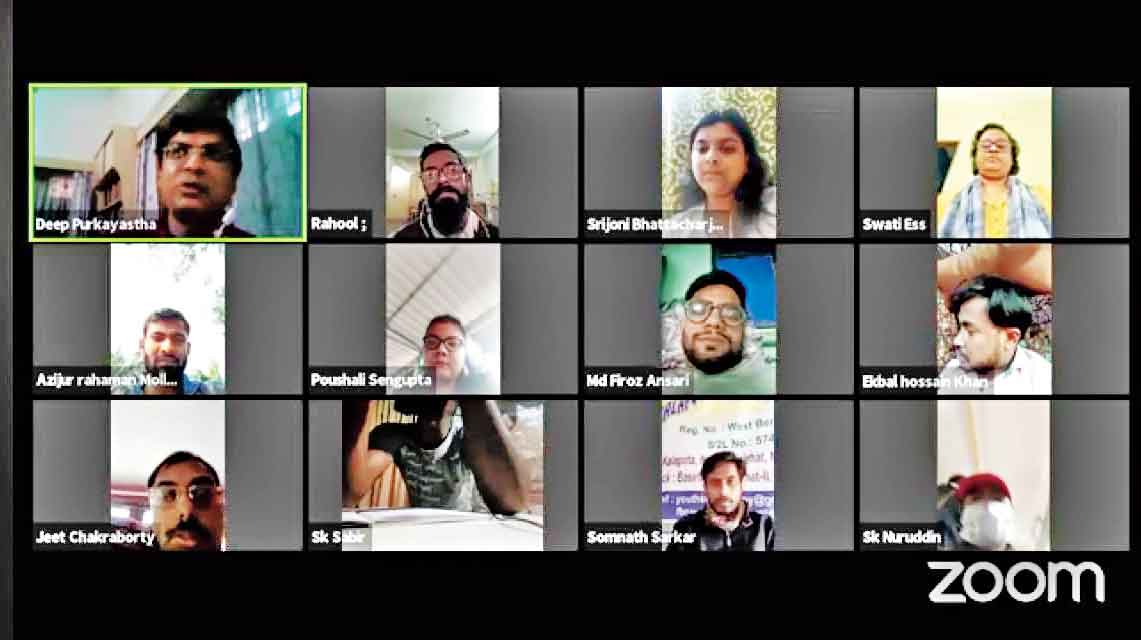 A tailor had visited his sister-in-laws’ home after she was “beaten up” there. A woman in the house told him that “a little thrashing” by men was common for every woman, including herself. The young man asked whether she would say the same thing if her daughter faced the same treatment after marriage. The woman fumbled for an answer.

The 28-year-old was among several staff and volunteers of an NGO — working for women’s rights — who came together on a virtual platform on Wednesday to share their experiences.

The NGO, Swayam, is 25 years old. “We have been working with men for the past five years because engaging women alone is not enough to end violence and discrimination they face. We need to involve men as well,” said Swati Sanyal, team leader of urban communities of Swayam.

The speakers at “Men for Gender Equality — Be the change!” came from the city and adjoining areas.

In their neighbourhoods, they work with young and adolescent boys and men to break stereotypical notions of patriarchy. They campaign against gender discrimination and intervene in cases of domestic abuse.

Deep Purakayastha, a rights activist who moderated the session, asked the speakers how it was possible for them to discard an inherent sense of privilege and take part in the movement for women’s rights.

Rahool, a Swayam employee who works in central Calcutta, said he had once “committed gender violence”.

“I realised it was a mistake but I could never admit it. It was suffocating”.

During a Swayam campaign several years ago, he was in the audience. Taking part in a programme, he had to share an experience. He wrote about his “mistake” on a piece of paper. His entry won the first prize, despite being anonymous. An activist familiar with his handwriting called him on the stage and said the writing did not merit the first prize but it was a way of acknowledging his confession.

The moderator urged participants to share the challenges that they faced while working for women’s rights.

Mridul Molla, a Swayam employee in Diamond Harbour, was taunted by friends when he told them he was working for a women’s organisation. “Get a job somewhere, in the government sector or a private firm. Get a normal life,” a friend told him. Many months later, the friend’s sister, a minor, “ran away” with a man.

The friend came running to Molla for help. Molla’s efforts helped the family track down the girl and get her back. “The friend who had never acknowledged my work realised his mistake,” Molla said on Wednesday.

Somnath Pal, another Swayam employee in Diamond Harbour, said growing up, he used to tease and whistle at girls along with his group of friends. When he joined Swayam, he became the subject of his friends’ taunts for opposing something he had been a part of for years.

Raj, a Swayam volunteer in Maheshtala, grew up watching his “abusive” father for many years. His sister not getting an equal share of a special dish was normal, he thought until he was led to Swayam.

It took several sessions before his mindset changed. “I would not repeat my father’s mistakes. Now, all of us eat together,” he said on Wednesday.

For most of the male volunteers, the change starts inside before it is reflected in the house or the neighbourhood.

“Most of the men we recruit are brothers or relatives of survivors or Swayam members. That way, we are able to engage an entire family in a chain reaction. It is imperative that the men start the change in their own homes,” Sanyal told Metro.

A change in the mindset leads to rational thinking and questioning gender stereotypes, he said. Sheikh Sabir, a Swayam volunteer in Metiabruz, spoke about a paradox that keeps bothering him. Girls do not need higher education, many of his relatives believe. “But I have seen the same people look for a female gynaecologist when someone in the family gets pregnant or needs medical attention,” said Sabir.