Lost and found: coffee and conversations

It's kind of a double vision, that many places in the city induce in you, when you still see the old buidling that has been razed hovering over the block that has replaced it 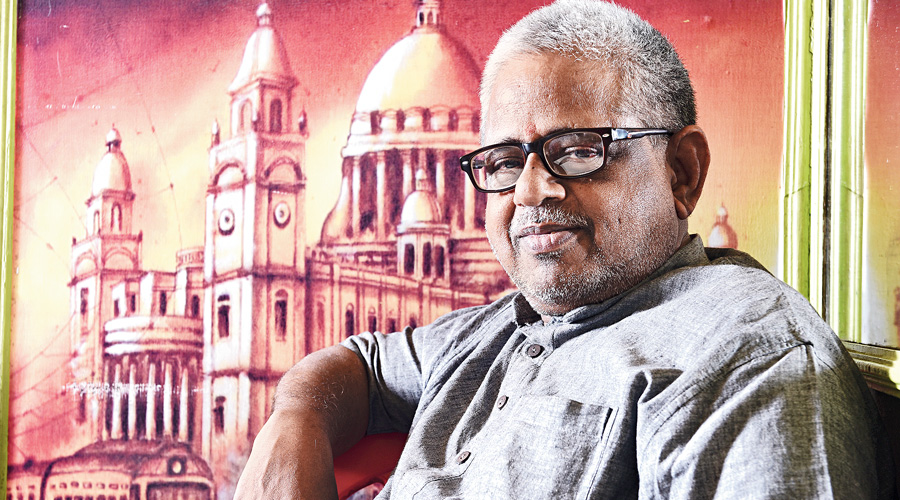 The premises of Calcutta South India Club in Hindusthan Park are now home to Roastery Coffee House, a charming café that proved a boon for the city during the lockdown. Its open-air section has drawn a great number of people looking for a non-AC environment for conversation and coffee, and many of remain quite thrilled with the wide range of coffees on offer, including an impressive selection of cold brews, the plump mushroom bruschetta and the excellent service.

For some a visit to this café has another dimension. Where the café stands now, there was a “canteen” with no name. It was simply called the “South India Club canteen”, and loved for its dosas, vadas, idlis and mini meals. The canteen actually occupied only the right hand corner of the ground floor. It was quite shabby, not only by contemporary standards, and cramped, with no attempt at décor whatsoever. But the smells that invited you in were robust and the masala dosa that you ordered was sharp and landed in front of you in minutes, served by a smiling man you knew for years, the pickle was fiery and the filter coffee that followed was strong and gave you courage to face life again. So even as you sip the satisfying cappuccino now, you also seem to smell that filter coffee in the air. And the shape of the older, bustling, sambar-smelling and very pocket-friendly eatery somehow takes shape in the right corner again.

It is a kind of double vision that many places in the city induce in you, when you still seem to see the old building that has been razed hovering over the apartment block that has replaced it, like a sad ghost that cannot leave. You feel a little pain.

But the good news is that the old canteen has a new address. Run on contract, it shut down at the club in January 2019, but started on its own, as the eatery Madura Shankara,  at Golpark, facing Ramakrishna Mission, from April 2019 again. The eatery had to move out of the club due to limitations of his resources, said T.N. Balasubramanian, the man who had kept the canteen going since 2005.

The new Golpark eatery is an even more modest place than the previous one. But its menu is as full — in the morning you get pongal as well; the eatery opens at 7.30am — as earlier. Also available are adai, sevai and rawa dosa. Balasubramanian, 68, remains his genial and graceful self, greeting customers in with warmth and directing them to the three small tables that fill up the space. Regulars drop in for a quick bite and coffee.

Balasubramanian got into the business almost by chance. Or because of fate, as he, a deeply religious man, would put it. He speaks in English, but can manage communicating in Bengali.

He had been living in Calcutta since 1976, working as a branch officer in an engineering tools company. He was born in Trichi, Tamil Nadu, and finished his school and college education in Chennai, then Madras. He was commerce graduate.

After working for 25 years in this company, he was transferred to Ahmedabad in 2001. He returned to Calcutta after a while, but left this job and joined a ceramics company at Karaikal in Puducherry. Known for its Navagraha temples, Karaikal was not far away from Thanjavur city, formerly Tanjore, in Tamil Nadu, known for its many temples, including the Chola ones.

Balasubramanian’s family — wife, daughter and son – had not left Calcutta. So he wanted to return. In 2005, he heard that the South India Club was looking for someone who could run the canteen on a contract. He knew nothing about cooking. He still does not know the nitty gritty.

The club did not get many takers, said Balasubramanian, as the canteen came with labour problems. He thought he would go ahead.

Before that he wanted to consult an astrologer. He felt that destiny had already played a decisive role in his life. In 1996, a Nadi (pulse) astrologer had told him that he would be transferred at 49 to another city and would see a lot of temples. Both came true and he saw many temples when he was in Karaikal. Now, to ask about his decision to return to Calcutta, he went to Kumbakonam, located in Thanjavur district.

Kumbakonam is the centre of Nadi (pulse) astrology, which makes predictions by reading thumb impressions.

At Vaitheeswaran temple in Kumbakonam, a Nadi astrologer, who was not aware of Balasubramanian’s life, told him straightaway that he would get into food business.

“This was a message from above,” said Balasubramanian. It could have been a coincidence, I tell him, adding gratuitously that I do not believe in astrology. “But how else can you explain it?” he asked.

He got the contract. The first few months were tough. The canteen employed 12 men, most of them from Odisha, the rest from Bengal and Bihar and two from south India. But slowly things began to relax. And so began a long association between Balasubramanian and his staff.

In the last 10 years or so, the canteen was a peaceful place to visit for the weary soul. Balasubramanian or his wife would sit at the counter, which was a table laden with sweets and savouries, chips, pickles, papads and jangeri (a sweet similar to amrita), some of these obtained from Chennai. The customers would be, as they still are, plied with second helpings of sambar and chutney. “Second helpings are charged at south Indian restaurants,” said Balasubramanian, smiling. It is a great comfort to feel free of portions.

When he started Madura Shankara, where, too, a small table stands with a pile of snacks, eight of the 12 workers joined him. Now only three are working, because the rest returned home during lockdown and have not been able to return. As we speak, another regular, a gentleman, drops in for coffee. So does a lady, and has a hearty conversation with her host.

Does he think of going back to Tamil Nadu? He did, says Balasubramanian, though it did not happen. “But Calcutta is a good city,” said the resident of Mahanirvan Road. “It is gentle and affordable,” He can live his life here peacefully, go to the Ganesh Murugan temple in Lake Gardens, practise his faith, be himself. Though most south Indian families have left Lake Market and other south Calcutta areas, he does not feel the city has changed for him. He feels at home here.

And a cup of steaming filter coffee is placed before me. I inhale deeply.