The vehicle works for the Calcutta Municipal Corporation 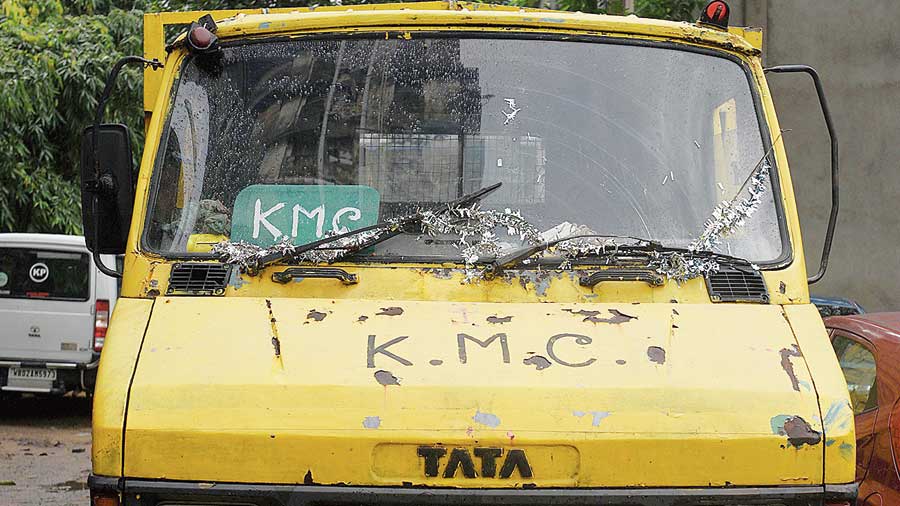 A man returning home to Surya Sen Street from the market died after a reversing lorry hit him inside College Square on Friday morning, police said.

The lorry works for the Calcutta Municipal Corporation. The pathway inside the park is not a motorable road, a police officer said.

The accident took place near the eastern gate of College Square opposite the Mahabodhi Society building and Paramount store, which leads to Bankim Chatterjee Street.

“The man was leaving the park through the gate and the lorry was reversing when it hit him,” the officer said.

An official of the CMC, the custodian of College Square, said Modak was a member of the committee that organises Durga Puja inside College Square. “It is an unfortunate accident,” the official said.

The CMC had hired the lorry for work in Borough V that covers College Square. The borough office is right across Surya Sen Street from the boundary wall of College Square.

The truck had brought cow dung for a nursery inside College Square and was entering the park in reverse to unload it. There was no helper with the driver. “Had there been a helper, he would have noticed Modak behind the lorry and alerted him and the driver,” the CMC official said.

The driver fled after the accident, the police said.

The matter is with Amherst Street police station.

The driver has been booked under sections 279 (rash driving or riding on a public way) and 304A (causing death by negligence) of the IPC, the police said.

The charges carry a maximum punishment of up to two years in jail.