Locked out at sea for 8 months 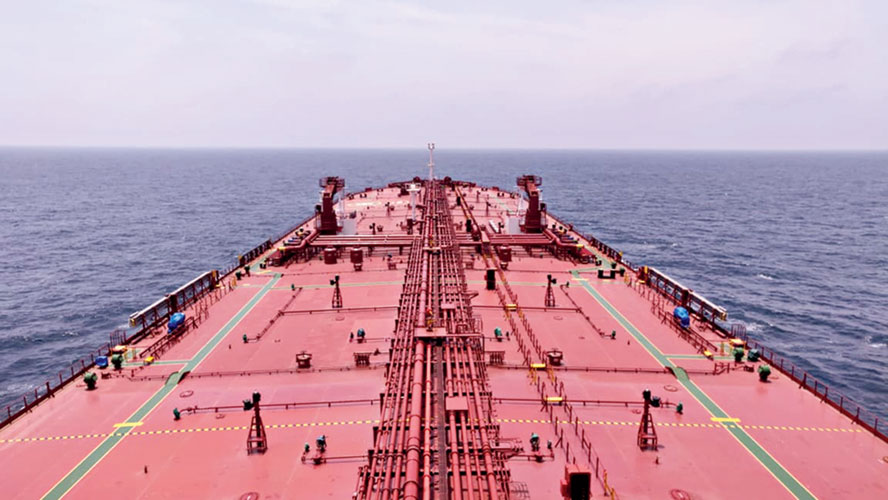 The captain of an oil tanker, who owns an apartment in Mallika Malancha complex in New Town, is one such who has been forced to keep sailing for four months after his contract expired
Sourced by the Telegraph
Brinda Sarkar   |   Published 19.06.20, 03:01 PM

Confined at home for over 80 days, most residents can take it no more. But there are hundreds of Indians locked down for months — some over a year — who are literally at sea.

The captain of an oil tanker, who owns an apartment in Mallika Malancha complex in New Town, is one such who has been forced to keep sailing for four months after his contract expired. Due to the Covid-19 pandemic, ports around the world were not allowing crew to disembark so he had to keep sailing.

“Isolation is no big deal for me. I’ve been in this profession for 20 years where we float around the globe in a metal box for long stretches of time,” the captain, now sailing across the Indian Ocean, told The Telegraph Salt Lake over satellite phone. He has asked to remain anonymous. “What hurts is having to tell my six-year-old son that I cannot be with him despite promising to be home in February.”

Merchant ships sail the oceans to transport cargo that is imported and exported between countries — crude oil, palm oil, clothes… “Ninety per cent of world trade is transported by ship and we, seafarers, man these vessels,” he says. “There are employees of different ranks working on the ships and depending on their workload, the duration of their contracts is set. A captain’s is usually four months.”

This captain’s contract expired when his ship reached the US in February. Ideally, another captain — his reliever — would have flown over to the US port and taken over and he would have flown back to India. “That didn’t happen due to a visa glitch so I had to keep sailing,” he says. “By the time I reached my next port in Thailand, India had sealed its borders. I was locked out.”

The ship in question has 23 crew members and almost everyone has crossed or is nearing the end of their tenure. The longest stint for anyone aboard is nine months. “There’s a reason why the captain’s tenure is four months. The stress gets unbearable beyond that and productivity reduces. We work 12-hour shifts and I know I’m getting slower at work. If you made a truck driver drive for 48 hours without a break, wouldn’t he become prone to accidents?”

The ship has a gym, table tennis board, big screen TV but the internet speed doesn’t allow live streaming of videos. They can speak to their families over the Viber app and satellite telephone. “The air in the oceans is the cleanest in the world, we see the most beautiful sunsets and constellations in the sky but we see no land for months. No alcohol is allowed on board so it’s not like we can chill at a pub after hours. We don’t even have weekly off days. How can we be anything but exhausted?”

The captain’s family — mother, wife and son — are in Delhi and he misses them. “My wife is unable to manage the home alone any longer. She is pleading with me to return. She says we won’t go out anywhere but just wants me back. People on land don’t value this,” he says.

The captain usually plans his time at sea such that he can return for his son’s summer holidays. “Every summer we visit Calcutta and stay at our New Town house.”

Other seafarers, whose wives are expecting, plan to be home for the final trimester. The pandemic will disappoint them all. “Even our relievers are suffering. The profession is such that we only earn when are on the ship. So there are people stuck on land for months without earning a penny. The lower ranked seafarers will have a tough time repaying EMIs if they cannot sail.”

The solution to the unprecedented issue is chartered flights, says the captain. “My company has been very considerate. From day one, they have been offering to fly us home on chartered flights. It would be expensive but this is a cash-rich industry so it would be possible. They had been lobbying with the Indian government for permission but the officials were dragging their feet.”

Seafarers are not starving so their problem is not as acute as that of migrant labourers but the logic is the same, he reasons.

“The truth is that the government neither understands the shipping industry nor the nature of our jobs and seafarers are too minuscule a community to matter,” says the captain, claiming that it was unfair to club them with NRIs stranded abroad. “We cannot avail the Vande Bharat flights as ships are slow and it is tough to predict the exact time of reaching a port. So which flight do we catch? We have been serving the world during the pandemic by keeping the supply chain smooth; do we not deserve some consideration?” he argues.

After months of lobbying, the shipping company the captain works for has acquired permission for chartered flights and if all goes well, he should reach a port in Sri Lanka tomorrow and have a private plane fly him to India. “I don’t know the details yet. Maybe I’ll be sent to Mumbai and be quarantined there for two weeks,” he says.

But as of now, he will be happy to be on land; his motherland.