Calcutta gyms worked up over viability 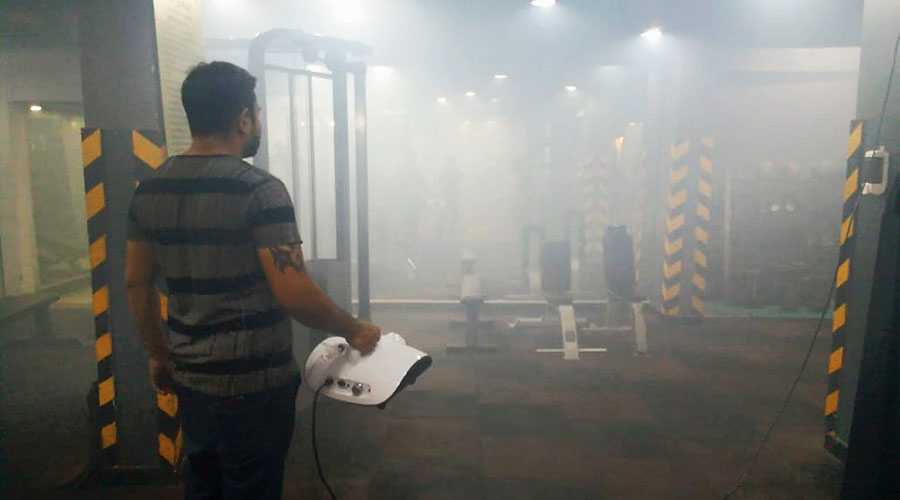 Gymnasiums, closed since March as a precaution against Covid-19, have been allowed to reopen from Thursday but many owners are doubtful whether their businesses would remain viable amidst the pandemic.

Over four months of complete shutdown has meant zero income for the owners. But they have been paying rent and partial salaries. Unable to bear the losses, some of the establishments have shut down for good.

For those who have not, with reopening comes additional expenses on sanitisation, further straining the bleeding coffers. There is little chance of recovering the losses because even if they reopen, the gyms will have to do with a reduced number of patrons to follow the social distancing norms.

“We are reopening out of a survival instinct but the future is extremely uncertain.

I don’t know how long the mounting losses can be sustained,” said Gagan Sachdev, the owner of the Karma Fitness Studio chain, with outlets on Southern Avenue and Hazra Road and in Mudiali.

The Mudiali outlet spans 3,000sq ft and over 35 people can work out simultaneously. But from Thursday, the number is going to be 15 at best, said Sachdev.

Under the guidelines issued by the Centre on Monday, gyms need to space equipment and individuals six feet apart to curb the spread of the new coronavirus. The guidelines also call for redesigning the floor area to reserve 4sq m for each client.

With a sharp drop in the number of patrons, the revenue will go south, making it difficult for owners to sustain the additional investment.

“I have invested around Rs 30,000 in buying equipment like fumigation machines, sanitisers and thermal guns. By allowing people in accordance with the social distancing norms, I will not even be able to recover my rent component,” said Rupam Sinha, the owner of Physiomax chain of gymnasiums. 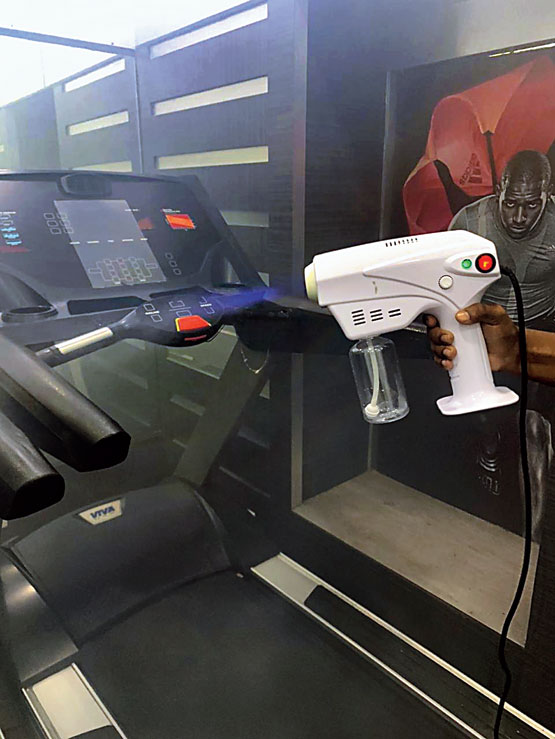 The gyms will reopen on Thursday, after over four months
Telegraph picture

Before the Covid pandemic struck, he ran three outlets — in Salt Lake, Nagerbazar and near the Central jail intersection in Dum Dum. The last one is now shut for good.

Earlier, Sinha’s fixed cost component was over Rs 5 lakh. To counter the crisis, he has had to lay off almost half his employees.

“I am opening for survival. If things do not improve in the next few months, I might have to shut down the business altogether,” said Sinha.

The investment on sanitisation is taking a toll on many users. The component also includes face shields and masks, which will have to be replaced regularly. Ditto for the chemicals used in sprays and hand sanitisers. Some owners are deputing staff only to clean and fumigate touchpoints and equipment after every use.

A representative of the Gym Owners’ Forum (West Bengal), which comprises 120 members, said the additional cost came to around Rs 25 per month for each square foot.

“According to a conservative estimate, it comes to roughly Rs 800 per person per month,” he said. To offset a part of the loss, the forum has decided that each member will be charged Rs 300 extra per month.

Most of the city-based gyms have a six-monthly or annual membership option that most patrons opt for. Many patrons who have already paid the fee are asking for refunds for the months when the gyms were shut.

“We are trying to negotiate with the members. We are trying to reach a win-win situation but a complete refund is impossible,” said Sachdev, who heads the owners’ forum.

Ranadeep Moitra, the co-owner of Endorphins chain, has three outlets in Ballygunge, Alipore and Park Street. He will open the Ballygunge outlet for now.

He had to shell out over Rs 30 lakh in fixed cost per month before the Covid-19 crisis struck. But his chain was still profitable and among the popular ones in the city. Moitra is unsure of the future.

“The challenge is to remain viable with the new pricing model. I am reopening because fitness is my passion. But I don’t know what the future has in store,” he said.