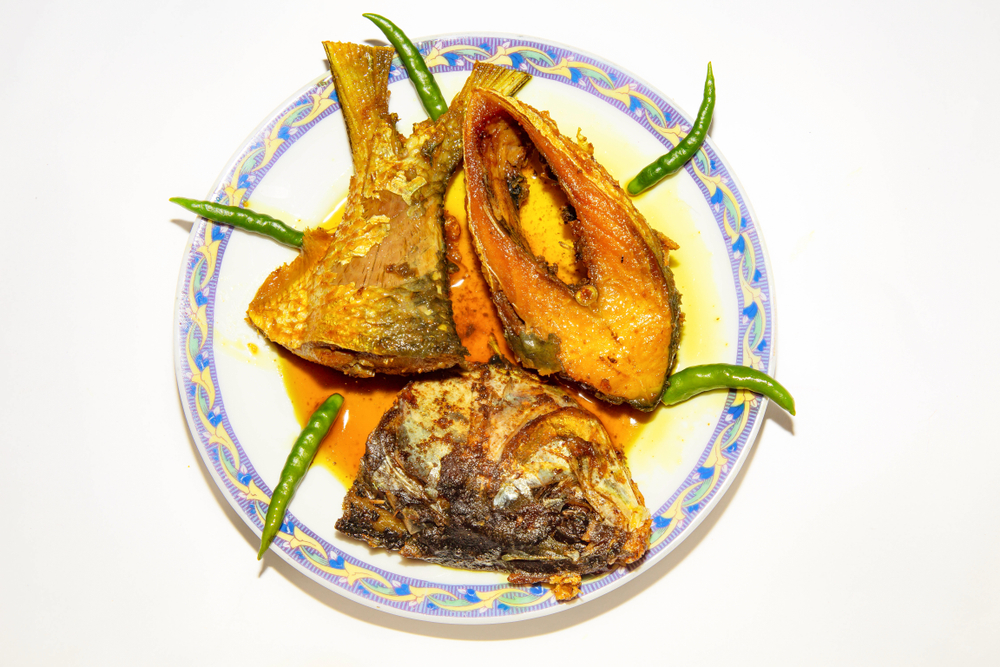 The monsoon is near and the ilish is not far behind.

Scientists who have been studying the migration of hilsa from the saline Bay of Bengal to the sweet waters of Bengal predicted a bountiful crop this year.

The primary reason behind the delicious forecast is the relatively cleaner Hooghly. The long lockdown has dramatically reduced the presence of effluents in the river. Lesser effluents means less difficulty for the fish to draw oxygen during their long swim upstream.

Besides, a moderate and an eastward wind over the Bay of Bengal bodes well for a feast in the near future. The delicate fish tends to flow with the wind and the onset of the intermittent rain helps in reducing the salinity of the water.

With changes in the wind flow and colour of the sky, the ground, er water, is laid for Bengal’s favourite fish to move upstream in large numbers. And once that happens, the hilsa could find its way from the estuary to hitherto forgotten bends of the river at places like Balagarh.

Hilsa from the Padma is often more talked about and is sometimes a matter of foreign policy in India-Bangladesh relations. But to many who love the bhapa and the bhaja equally, Ganga-r ilish is nonpareil.

“The ilish of the Ganges has a unique taste of its own. We used to get it at our mashi’s place near Kheyaghat in Uttarpara in my childhood,” said Anjan Chatterjee, who owns the Oh! Calcutta chain. “The beauty is when the quality of hilsa is good, the taste of the preparation changes automatically.”

The net would be cast from June 15 at the end of a 61-day embargo on hilsa fishing to ensure the fish grow to their optimum size before they are caught and consumed. Around 12,000 fishermen from South 24-Parganas and East Midnapore go out around this time of the year for their catch.

Small dinghies are also in action along the river in Calcutta and the haul of silver in ghats like Bagbazar and Uttarpara disappear in minutes. “Many Calcuttans would not know how delectable that local catch is because they are taken away before they make it to big markets,” said a north Calcuttan.

Author Shirshendu Mukhopadhyay, too, spoke of that Calcutta catch. “In my childhood, when we used to come to Calcutta, my father would get hilsa from the Ganges. Those were days of World War II and people would buy hilsa from the ghats along the Ganges in the evening when fishermen would return with their catch,” he said. “Ilish is all about emotion for us.”

Typically, the hilsa moves from the sea to the river around this time of the year to lay eggs. Scientists said the migration begins from June, when the fish start moving upstream from the estuary looking for breeding sites along the banks. A matured hilsa lays 10 to 12 lakh eggs out of which a very small fraction would see the light of day.

“We are now observing that a hilsa weighing around 350g is mature enough to lay good quality eggs. With the Hooghly looking cleaner, a hilsa would find it easier to extract oxygen from the water this year while moving against the stream, upwards,” said Asim Kumar Nath, who has been studying the migration of the fish at Sidho-Kanho-Birsha University.

“Once the water gets cleaner with reduced levels of alkalinity and hardness, the bigger varieties of hilsa would start moving up and lay eggs upstream. It would be a treat to get this variety return to their traditional breeding grounds upstream.”

Fishermen agree. “We have been observing the waters very closely this time,” said Bijan Maity of the Kakdwip Fishermen Welfare Association.

“The setting is perfect with the timely onset of the monsoon and the wind has been blowing strong. This year, the catch would be around 22,000 and 24,000 tonnes,” he added.