Life in lockdown, drawn by children 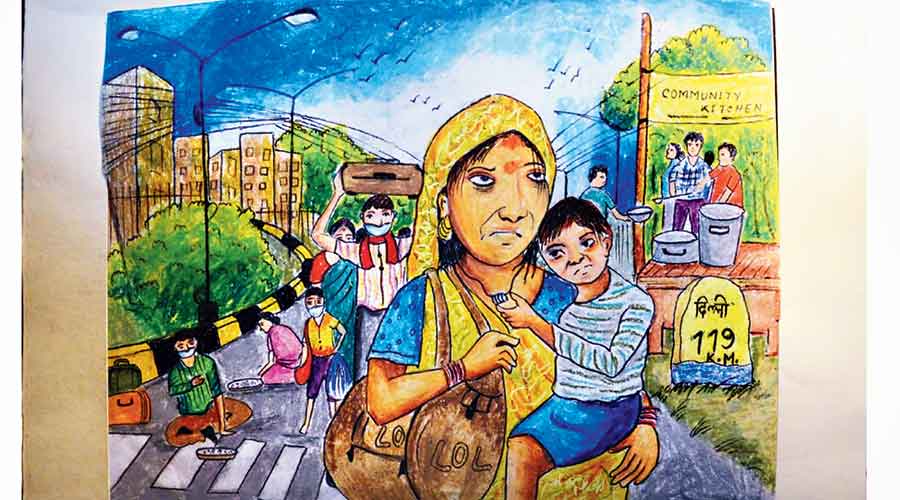 Twelve-year-old Shalbani Ghosh could not step out during Durga Puja last year. Her situation, and that of many families like hers, were reflected in a drawing she made for a competition whose topic was “festival celebration during the pandemic”.

The painting competition for kids aged between seven and 16 was organised by Nehru Children’s Museum.

Migrant workers returning home, online classes and work from home, and doctors and cops as Covid warriors featured in the paintings the children made to depict their interpretation of the Covid pandemic and the lockdown.

She drew a family, including the grandparents, watching Durga idols on the screen.

“Every year we go out for pandal-hopping, but this year there was no going out to keep the infection away,” said Shalbani.

The competition was for two age groups: seven to 11 years and 11 to 16 years. 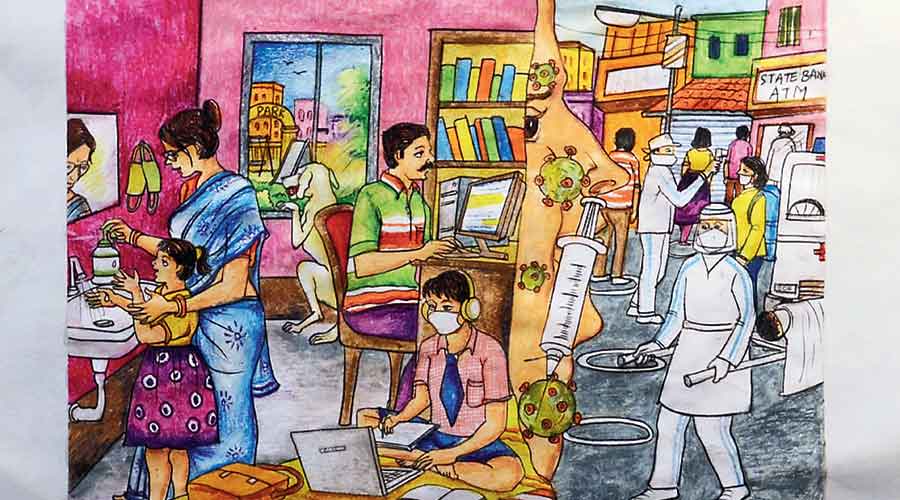 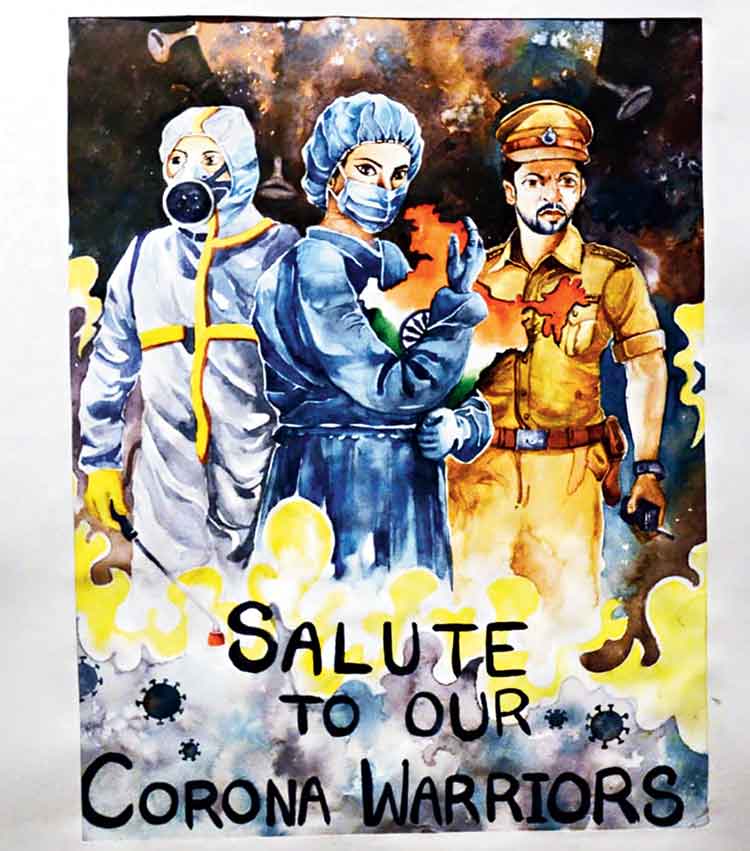 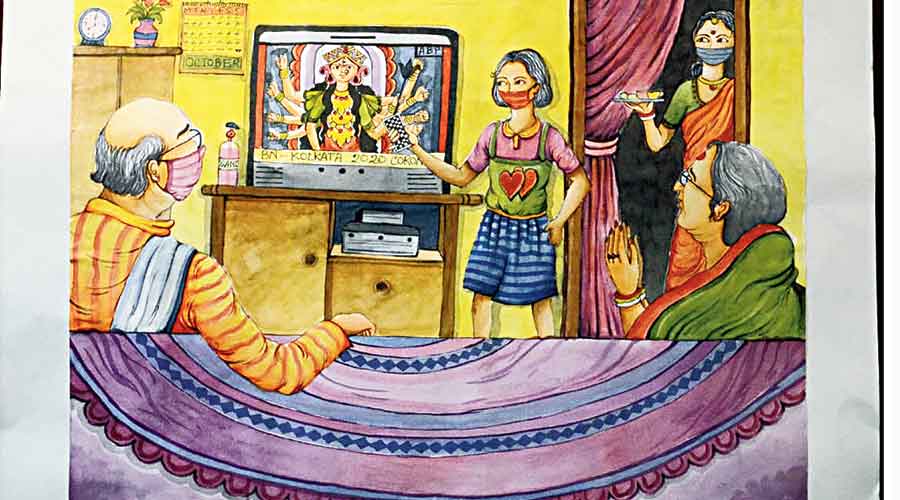 Unlike previous years, the canvas shifted from wall to paper because of the pandemic.

“In previous years we provided a wall to the students, on which they painted in a group. But this time, because of the pandemic, we could not allow any gathering. Hence, we asked the students to send their entries to us,” said Indrani Sengupta, the secretary of the museum.

Students had to courier the paintings to the museum. More than 100 entries from Calcutta and districts came in.

Every year, a topical theme is chosen. This year, Sengupta said, the pandemic was the most obvious option.

The painting exhibition at the museum will be on till Sunday, January 24.

Seven-year-old Debajit Pandit juxtaposed the picture outside and inside the house during the lockdown.

The Class I student show-ed a child attending online class and his father working from home, while outside the home is the image of stretchers and doctors treating patients.

Apratim Mukherjee’s drawing of migrant workers returning home after the lockdown was announced won one of the top slots.

“It had to be related to the lockdown and the image was not alien to him when his drawing teacher spoke to him about it. Being at home for months at a stretch, he had seen these images on the television and newspaper and he could relate to it,” said father Tapas Mukherjee.

Apratim’s drawing also had a community kitchen from where food was being distributed.