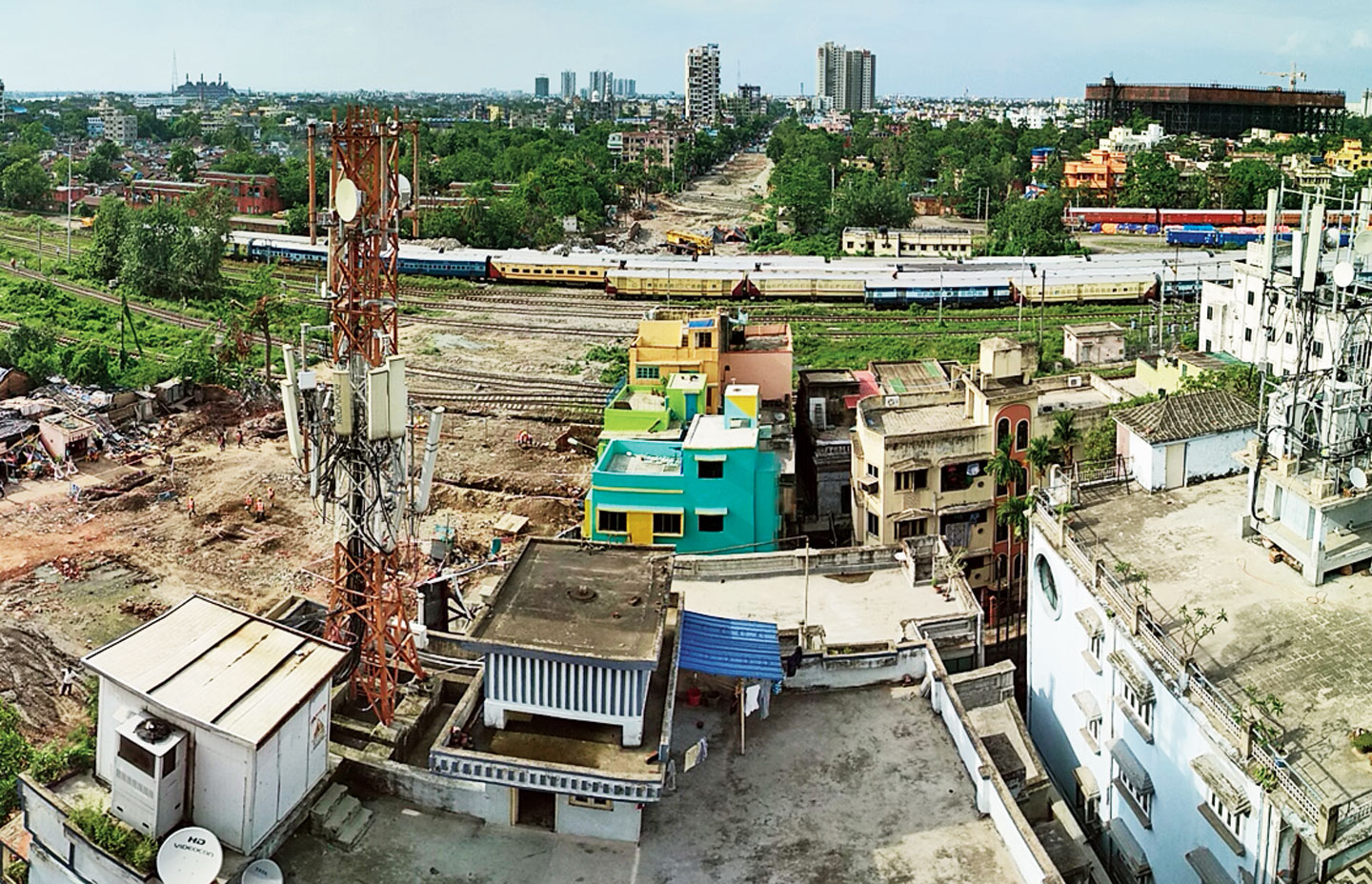 Larsen and Toubro (L&T) will build the new Tallah bridge, which could be ready for use by February 2022 if everything moves according to plan, officials of the public works department said on Wednesday.

The private infrastructure company was given the contract to build the bridge on June 5, the day it signed an agreement with the PWD.

The contract states that the company has 18 months from the time it starts work to finish the project.

PWD engineers as well as L&T officials said construction could start towards the end of July. “Eighteen months from July-end will stretch till February 2022. The bridge is likely to be ready by then if everything moves according to the plan,” a PWD official said.

The new bridge would cost the state government Rs 350 crore. The government will have to make an additional payment to the railways for using its land — a portion of the bridge will run over railway tracks.

The demolition of the old bridge, which had lost much of its strength and was in danger of collapse, began in February and was over by May. The demolition proceeded smoothly because of the lockdown because trucks that ferried debris from the spot could move quickly, the PWD official said.

An L&T official said the length of the main trunk of the new bridge — stretching between the Shyambazar-end and the Paikpara-end — will be 610m, almost identical to the old bridge.

“The stretch over the railway tracks will be 240m long. The approach from the Shyambazar-end will be 180m long and the descent towards the Paikpara-end will be 190m long,” the L&T official said. A 187m-long arm will descend towards Chitpore.

“In a bow-string structure, a bow-like component which a person can see overhead while travelling through the bridge takes the load and transfers it down,” said a civil engineer. The bow-string structure will ensure that minimum space is taken to build piers on railway land,” a PWD engineer said.

“This will allow future expansion of railway lines through that place. If railways have more free land, it can plan more routes.”

Like the old bridge, the new bridge, too, will have footpaths — 1.5m wide — on either side.

Among the bow-string bridges in Calcutta are the ones over Tolly’s Nullah near Tollygunge Phari and the portion of the Parama flyover that runs above railway tracks.

Commissioned in 1962, the decision to pull down the Tallah bridge was taken after the highway division of RITES, a subsidiary of the railways, had informed the Bengal government that the structure was not fit even for pedestrians.

The state government sought a second opinion from an independent expert, who also suggested demolition of the bridge. The old bridge had strands of steel ducts supporting its underbelly.

Engineers who inspected the bridge said many of the strands had snapped, which means they no longer had the ability to bear the load. “In such a situation, the bridge could have collapsed even if there was no extra load on it,” said one engineer.