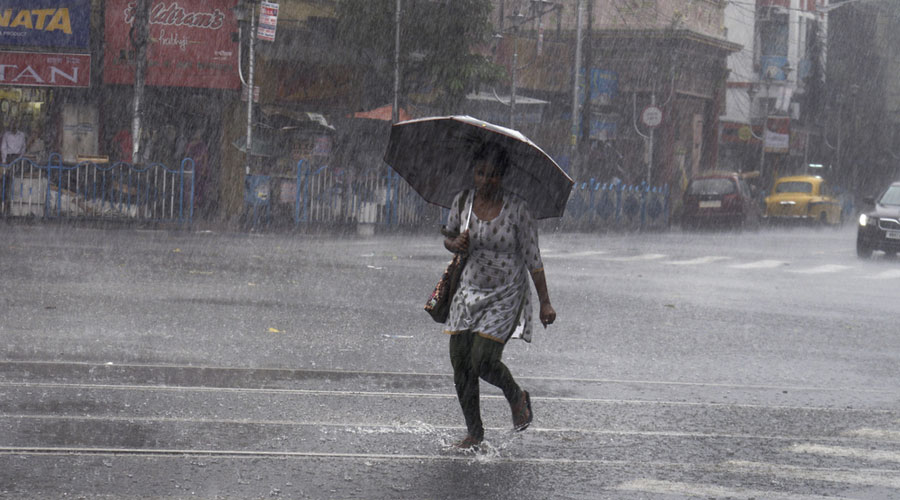 September 2020 looked set to become the driest September in the city in at least five years but a cyclonic circulation brewing thousands of miles away can change the course, the Met office has said.

Between September 1 and 27, Calcutta has received just 162mm of rain, registering a 45 per cent deficit. The average volume of rain September brings in Calcutta is around 310mm, said a Met official.

September 2017, which saw 182mm of rain in the city, is a close contender for the driest tag.

The monsoon trough extended over Digha on Monday afternoon. The trough led to the formation of scattered clouds in and around the city. The Met office predicted a thunderstorm in Calcutta in the afternoon, but all the city got was drizzle.

“The monsoon trough, by itself, is unlikely to trigger much rain. But a cyclonic circulation is located over the Gulf of Thailand…. It is expected to advance to the Bay of Bengal…. If it follows the expected trajectory, the system should reach the Bengal coast in 48 hours and trigger some rain,” said G.K. Das, the director of India Meteorological Department, Calcutta.

September is normally drier than July and August in Calcutta. But the month usually sees some rain-bearing systems over the Bay of Bengal.

The retreating monsoon winds — October 10 is the normal date of withdrawal of the monsoon from Calcutta — often triggers downpour in the city in September. Thanks to rain-bearing systems over the Bay, September 2019 saw nearly 390mm of rain in Calcutta, registering a 25 per cent surplus.

A low-pressure system over the northeast Bay of Bengal was supposed to move towards Gangetic Bengal and trigger heavy rain in the city last Sunday (September 20). But the system took a northwest turn along the Odisha coast, triggering only light showers in Calcutta on Sunday night and Monday morning.

The past few days were cloudy but not rainy. The minimum relative humidity — a measure of moisture content in the air in the driest part of the day — has been above 70 per cent for the three days before climbing down slightly to around 60 per cent on Monday and Sunday. On September 25, it was a staggering 81 per cent.

The high humidity range meant the maximum temperature felt four or five times higher than it actually was.