A middle-aged man was found floating in water on the road outside the north gate of Raj Bhavan, next to a lamp post 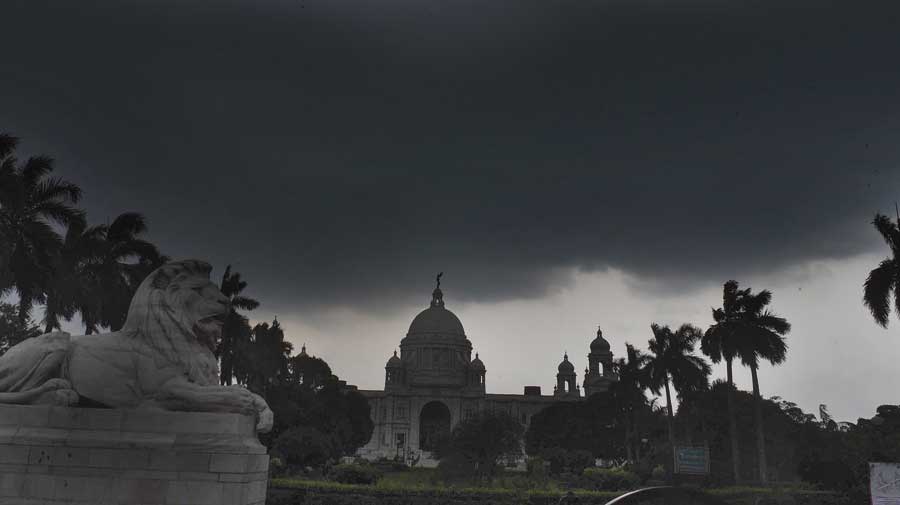 Heavy rain came lashing on Calcutta on Tuesday afternoon, flooding roads and leading to at least one death because of suspected electrocution.

A middle-aged man was found floating in water on the road outside the north gate of Raj Bhavan, next to a lamp post. Firefighters and police removed the body around 6.30pm.

Lamp posts with lids on openings removed or kept open, exposing the maze of wires inside, and live wires submerged in water on roads make many parts of the city a death trap during or immediately after a downpour. Tuesday’s death showed little has changed.

The Met official said one or two spells of thundershowers are expected in Calcutta over the next two days. But the weather will change from May 14. “The weather in Calcutta will be hot and dry from Friday. By the weekend, the temperature is expected to rise to 37-38 degrees,” he said.

The rain during the day came in two major spells. The first started at 2pm and lasted over an hour. Another round started around 4.15pm and lasted for some 30 minutes.

The sky started changing colours a little before noon and it was pitch dark by 2pm. The downpour, which started shortly afterwards, was preceded by gusts of wind and accompanied by rumblings of thunder.

Around 2.35pm, it was difficult to see beyond 15 metres on Gariahat Road because of the intensity of the rain. Around 3pm, Camac Street was under ankle-deep water, as were parts of Central Avenue and Rashbehari Avenue.

Cars moved slowly because of the showers with lights switched on as the afternoon was difficult to tell from evening. 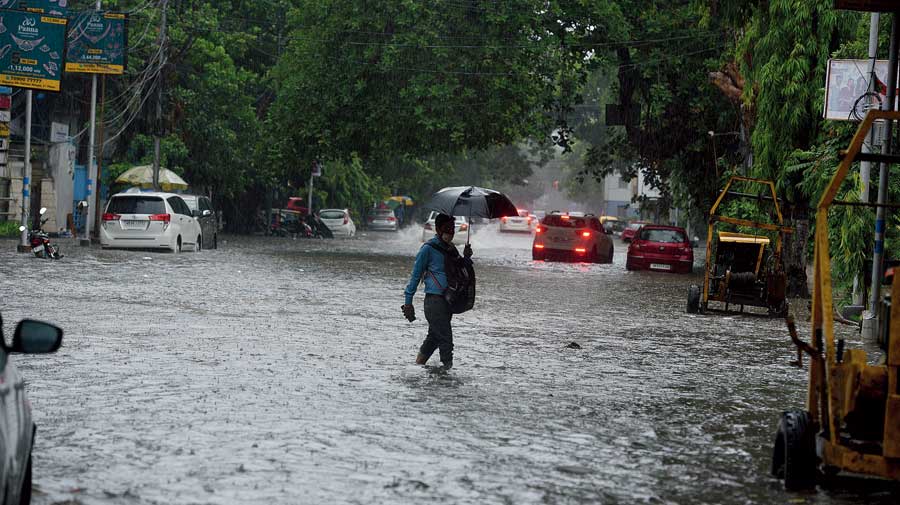 “The water level in the Hooghly rose during high tide before the rain started. The lock gates were closed around 1.30pm and reopened at 3.30pm. The closure of the gates coincided with the rain, leading to waterlogging at many places,” said Tarak Singh, a member of the board of administrators of the CMC.

“Over 370 pumps were deployed to drain out the accumulated water. By 7pm, most of the waterlogged areas were cleared. By the time the lock gates are closed again at 8.30pm, the remaining areas will be cleared of water, too,” he said.

The Met office attributed Tuesday’s downpour to a cloud mass that had formed over the Bangladesh border. The mass kept growing in size as it drifted towards Calcutta. By the time it was close to North 24-Parganas and the northern fringes of Calcutta, the shell was over 80km long, said a Met official.

“The cloud mass emptied most of itself over Calcutta and North and South 24-Parganas,” said G.K. Das, director, India Meteorological Department, Calcutta.

Multiple weather systems led to the downpour on Tuesday. A trough of low pressure from Rajasthan to Assam, another trough spreading from Sikkim to Odisha and a high-pressure area over the Bay of Bengal led to significant moisture incursion and the formation of the cloud mass, said a Met official.