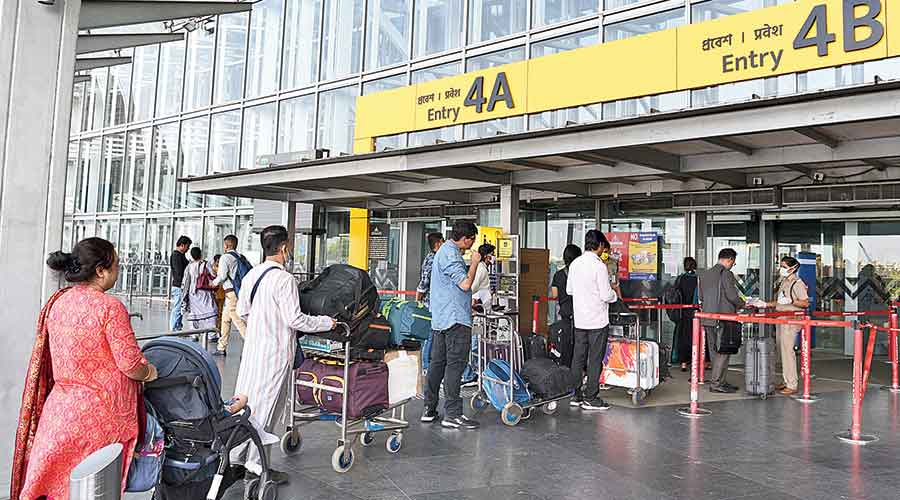 Passenger flights between Calcutta and Dhaka will resume soon under the air bubble transport arrangement between India and Bangladesh, civil aviation ministry officials said on Wednesday.

“It has been decided that passenger flights between India and Bangladesh will start under the air bubble transport arrangement. Flights will operate between Dhaka and Calcutta, Delhi and Mumbai. The modalities of how many Indian and Bangladeshi airlines will operate are being worked out,” said the official.

Air bubble arrangements are temporary arrangements between two countries to resume commercial passenger flights because regular international flights have been suspended as a precaution against Covid-19.

A few evacuation flights had operated between Calcutta and Dhaka after flights resumed in May but after that there were no flights between the two countries.

The Telegraph has earlier reported how the cardiology unit of a hospital in Chittagong, Bangladesh, has remained shut for months because the doctors, nurses and support staff from a hospital in Calcutta who were running the unit returned home following the Covid outbreak and are unable to fly back to Bangladesh.

The Indian government has started giving medical visas to Bangladeshis who want to come to Calcutta for treatment.

“Budget hotels, guest houses and restaurants around the New Market area are suffering heavy losses because Bangladeshi nationals are not coming,” said Rajesh Sethi, the general secretary of the association. “We have requested the minister to help resume bus and train services. We will also write to the Centre to start issuing tourist visas to Bangladeshis.”

Manotosh Saha, an executive committee member of the association, said the rooms were all vacant over the past six months. “I have two guest houses in the area. Both would be 90 per cent full around this time of the year. Now, all rooms are vacant,” he said.

The Travel Agents Federation of India, too, wrote to the state government on Wednesday, urging resumption of flights and buses between Calcutta and Dhaka.

“Hospitals, guest houses, restaurants, foreign exchange stores, everyone is hit because Bangladeshis are not coming to the city…. We hope flights to Bangladesh will resume soon,” said Anil Punjabi, the chairman of the association’s eastern region.