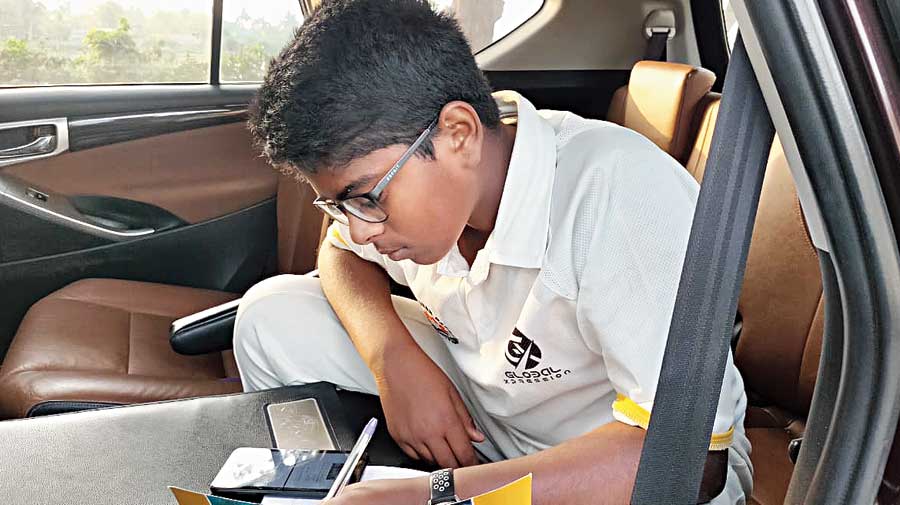 A 13-year-old student finished writing an exam, emailed the answer script to his teacher, stepped out of the car, went to a cricket field and took three wickets.

S. Shree Ganesan’s Class VIII final exams were clashing with a three-day T20 tournament, organised by the Cricket Association of Bengal. But the left arm spinner, who has been playing second division cricket for the last two years, did not want to miss either. So, he wrote the exams from his father’s car from 8am. The match started an hour later.

“The timing was convenient. So, I could complete the paper and rush to the ground,” said Ganesan.

The student of Indus Valley World School wrote his Bengali and artificial intelligence papers from the car. During his Hindi exam, also written from the car, he excused himself for 20 minutes because he had to report to the Eden Gardens for a Covid-19 test.

“The rule was that they would get the players tested and the matches would be held within the next three days. He has been training hard and he performs well so we wanted him to play. During the lockdown, he had been taking online fitness sessions,” his father, C. T. Selvakumar, said. 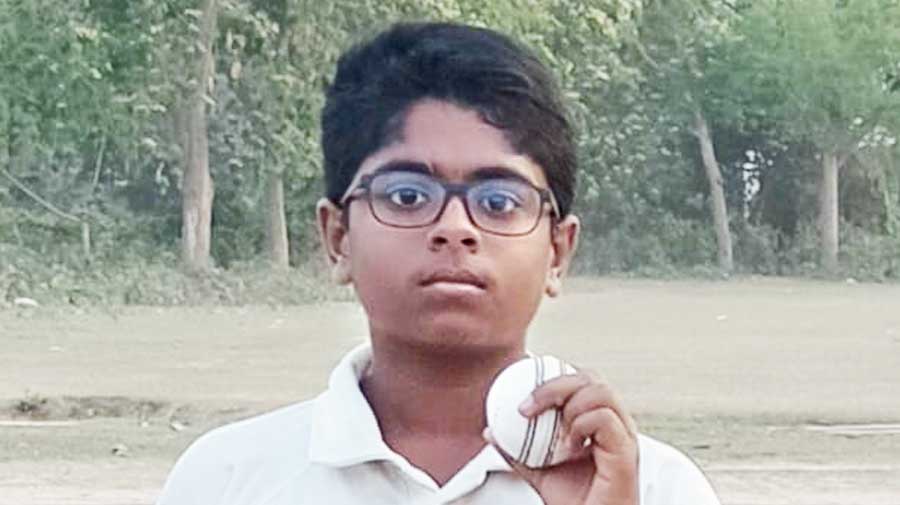 Since September 2020, Ganesan has been going to the ground for training conducted by his club, the Howrah Union Club.

“This was the first tournament since the pandemic and, as parents, we have to support his growth,” said Selvakumar.

The online exams made it possible for him to appear for the papers before the match.

He would set out from his New Garia home with his father at 7am with an exercise book and pen in one bag and cricket gear in another. They would reach the Maidan area, park the car and he would start writing his exam.

“I was more tense about the exams. I am comfortable playing matches,” said Ganesan, who just got promoted to Class IX.

His mother Pankajam Selvakumar initiated him into cricket when he was five.

His father said it had been possible for Ganesan to pursue cricket along with academics because of support from the school.

Before the pandemic, the school would excuse Ganesan for matches or practice sessions.

“The boy has been balancing studies and cricket very well and he is a bright student. As a school, we say that we encourage co-curricular activities and sports and if we do not make these adjustments then it would remain empty words,” said Amita Prasad, the school’s director.