Between July 1 and 20, Calcutta received 192mm of precipitation, compared to the usual quota of 240.8mm 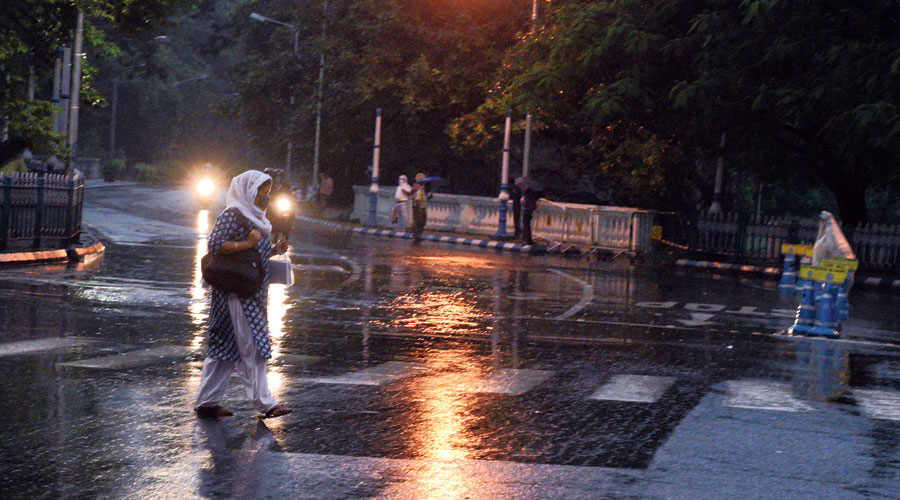 July, usually the rainiest monsoon month, has so far registered a deficit in Calcutta.

Between July 1 and 20, the city received 192mm of rain compared to the usual quota of 240.8mm in the same period in previous years, a Met official said on Tuesday. The deficit is around 20 per cent.

The monsoon’s first month, June, ended with a 30 per cent surplus in the city. As a result, the cumulative rain count till July 20 is still at a nine per cent surplus, the official said.

Compared to Calcutta and the rest of coastal Bengal, the northern districts of Bengal have been caught in heavy rain this monsoon.

Between June 1 and July 20, Jalpaiguri received 1,994mm of rain, Cooch Behar 1,525mm and Darjeeling 1,236mm, according to figures provided by the India Meteorological Department, Calcutta. In comparison, Calcutta has received 573.9mm of rain in the same period, the Met official said.

The reason for the wide gap — the absence of rain-triggering systems over the Bay of Bengal.

“The absence of a low-pressure area or a cyclonic circulation over the Bay of Bengal means the monsoon trough has seldom passed over south Bengal. The trough has remained stationed over the foothills of the Himalayas for most part of the monsoon so far. The trough is triggering widespread and heavy rain in the northern districts,” G.K. Das, director, IMD, Calcutta, said.

The monsoon trough keeps oscillating. When it is over the foothills of the Himalayas, north Bengal and the Northeast get rain. When it descends to the northern Bay of Bengal because of a low-pressure system, coastal Bengal receives rain. If the trough descends further, peninsular India gets drenched.

“July usually sees the formation of multiple low-pressure areas over the Bay. But there have been none so far,” Das said.

The monsoon last year had seen a similar pattern, but on a different scale. Both June and July 2019 were among the driest in recent years because of the absence of rain-bearing systems over the Bay. July 2019 saw just 160mm of rain compared to July’s usual quota of around 400mm. June was drier, registering just 95mm of rain against the usual quota of around 300mm. The monsoon had made a weak arrival, delayed by almost a fortnight.

The monsoon’s normal onset date in Calcutta is June 8 with an error margin of four days. This year, the monsoon set foot in Calcutta on June 12, riding on a strong low-pressure system over the Bay of Bengal.

The strong currents ensured sufficient rain in June. July has so far not been dry. “But the rain in Calcutta is because of the formation of local thunderclouds because of the moisture in the monsoon currents from the Bay. A strong system would have brought the trough down and led to heavier rain,” Das said.

The city has received heavy rain (over 60mm) this month only on one day, on July 12, when a 150km-long cloud mass triggered heavy rain in the night, flooding several roads in north Calcutta.