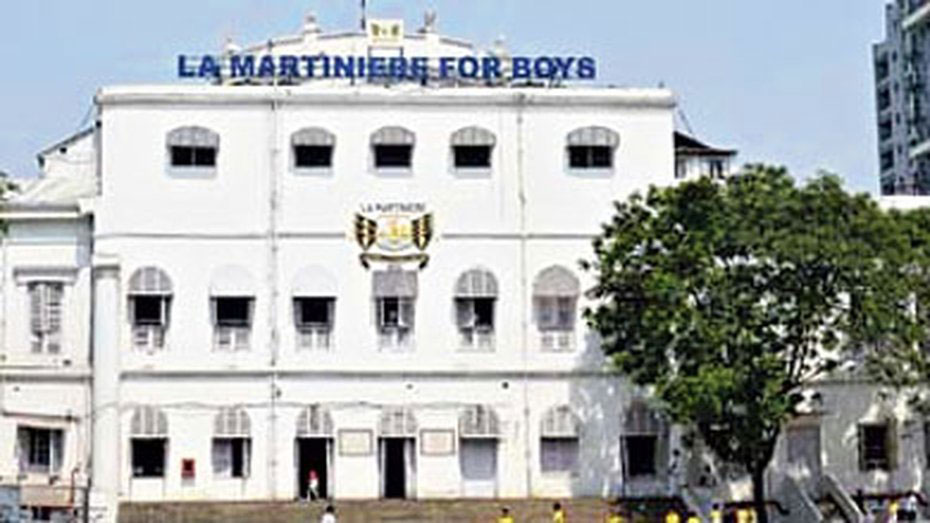 “Please note that in terms of the Calcutta High Court Order… if you fail to clear the… outstanding fee by 30th November 2020, your child may not be allowed to continue classes with effect from 8th December, 2020,” reads the email sent by the schools.
File picture
Our Special Correspondent   |   Calcutta   |   Published 11.11.20, 02:13 AM

The La Martiniere schools have started writing to parents who have not paid fees of their children to clear the dues by the end of November, failing which the students may not be allowed to attend classes after December 8.

“Please note that in terms of the Calcutta High Court Order… if you fail to clear the… outstanding fee by 30th November 2020, your child may not be allowed to continue classes with effect from 8th December, 2020,” reads the email sent by the schools.

“We started sending the email to parents on Tuesday,” sources in the La Martiniere schools said. Hard copies of the letter will be sent later.

Parents of about 900 students in both schools — La Martiniere for Girls and La Martiniere for Boys — have not cleared their dues, sources in the institutions said. Most of these parents did not pay the fees between April and September, while some have dues accruing since January.

The outstanding amount varies between Rs 9,000 and Rs 80,000, a school official said. “The outstanding dues for a period of six months in both schools is Rs 5.5 crore.”

The emails mention the outstanding amount for each student. “It is very unfortunate that in spite of reminders to clear the outstanding fees, you have not cared to make any payment so far,” the email reads.

The school has a system by which the fee gets debited from parents’ bank accounts. “These accounts are having insufficient funds,” the school official said.

The high court had on October 13 ordered private schools, including those run by the Church, to waive 20 per cent of the tuition fees of students between April and one month after the resumption of on-campus classes.

The schools have also been restrained from charging fees on non-academic heads such as “laboratory, craft, sporting facilities or extra curricular activities or the like” till in-person classes resume.

The court order also said the discounted fees would have to be paid by November 30. Beyond December 8, schools have been given the liberty to disallow students for non-payment.

The La Martiniere schools announced the revised fee structure on October 31. The management announced a 20 per cent waiver across all classes.

The schools had said that the “updated fee structure is pursuant to the judgement of the Calcutta High Court... the said fees structure, i.e, 80:20, shall be subject to the final outcome of the SLP (special leave petition) ...pending before the Hon’ble Supreme Court”.