The Iranian film Bander Band, directed by Manijeh Hekmat, was named the Best Film while Artykpai Suiundukov of Kyrgyzstan was the Best Director in the Innovations in Moving Images segment 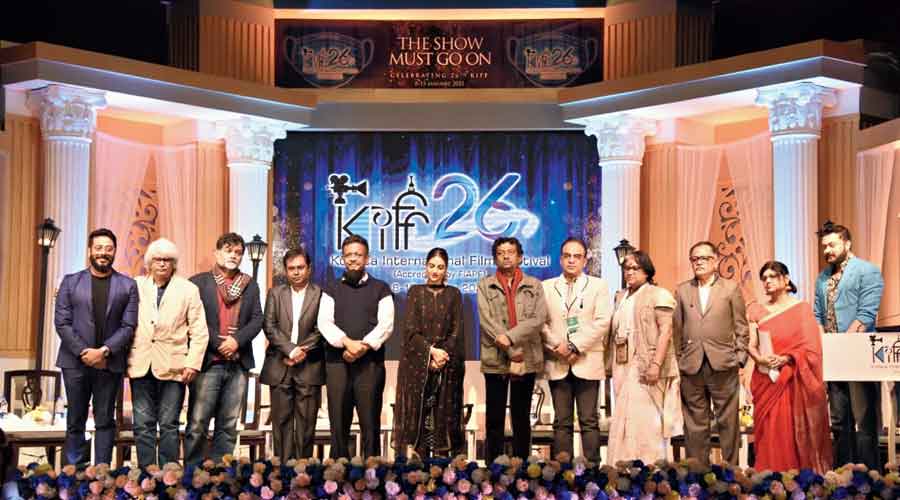 The 26th Kolkata International Film Festival  concluded on Friday with the awards being announced in the competition categories in a closing ceremony held outdoor for the first time. But there was no prize distribution.

The Iranian film Bander Band, directed by Manijeh Hekmat, was named the Best Film while Artykpai Suiundukov of Kyrgyzstan was the Best Director in the Innovations in Moving Images segment. Ukrainian film Blindfold got Special Jury Mention. In the Indian Languages category, the Best Director was Biswajit Bhora for the Assamese film God on the Balcony while the Best Film was False Eye in Malayalam, by Rahul Riji Nair. Nonajoler Kabyo, directed by Rezwan Shahriar Sumit of Bangladesh, won Best Film in Asian Select Netpac section. Ujjwal Pal’s Dusk was the Best Short Film. The Best Documentary was Highways of Life by Amar Maibam.

Festival chairman Raj Chakrabarty was relieved and happy. “This was the first physical film festival to be held in India after the Covid outbreak. We were worried whether people would come. They did so, maintaining protocol. Even after online booking was scrapped and entry was allowed with delegate cards, those in the queue who were denied entry after the 50 per cent seats filled up waited for the next show without a murmur. Our industry colleagues too participated wholeheartedly,” he said.

Watching films at the festival, he hoped, had served to allay the fear of entering cinemas that has been keeping the audience away from halls.

“Small is beautiful,” said filmmaker Sudeshna Roy, who curated the exhibition on Soumitra Chatterjee, coordinated the daily cine adda held on the open-air stage and co-edited the daily bulletin. “International guests might have been missing but  the enthusiasm of those who came was high. Films like Abhijatrik, Bander Band and The Man Who Sold His Skin drew full house as did Federico Fellini’s La Dolce Vita,” she said.

In deference to the chief minister’s wish, some old films, like Dadar Kirti, were shown on the three LED screens set up outdoor in the Nandan complex after the Cine Adda concluded every evening.