VIP vehicles flout rule in front of terminal as attendants look the other way; others fined 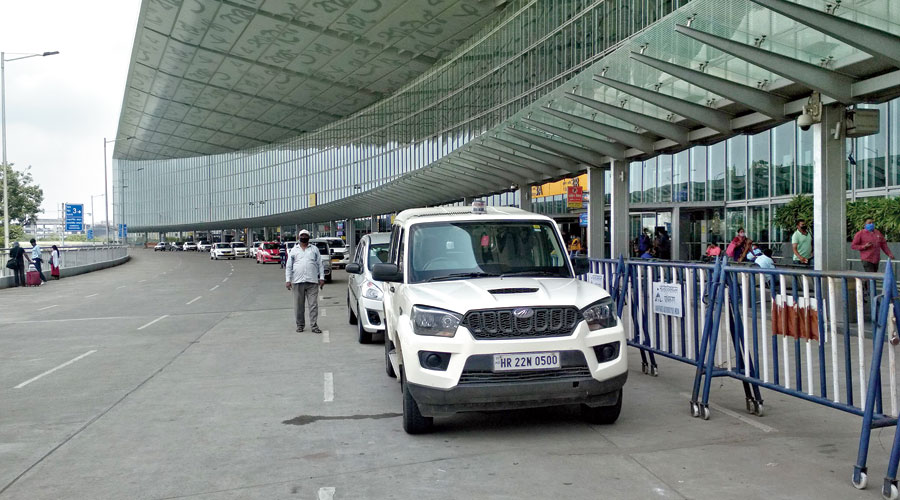 A Mahindra Scorpio with a beacon on top remained parked in front of the airport terminal building at the departure level for close to two hours on Sunday.
Bishwarup Dutta
Snehal Sengupta   |   Dum Dum   |   Published 05.10.20, 02:44 AM

The Covid-19 pandemic has changed the way passengers travel on flights but an old problem at the Calcutta airport — kerbside parking of VIP cars in front of the terminal — continues like before. 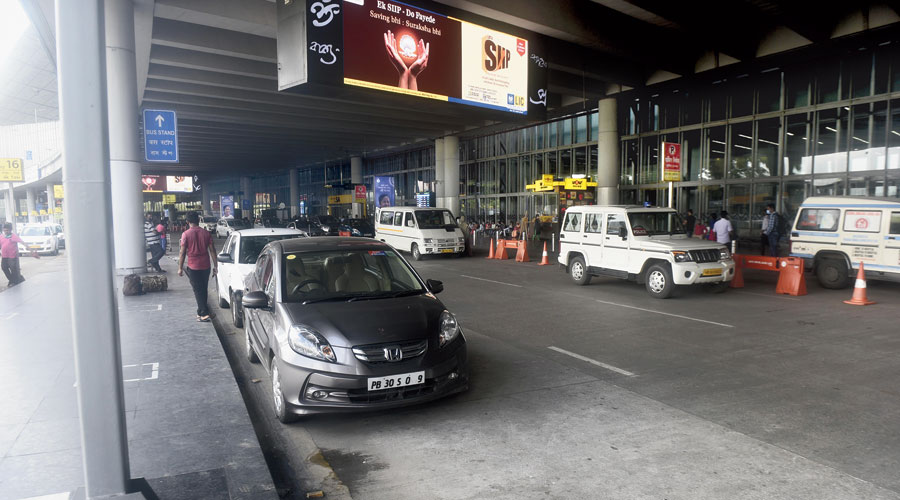 An airport official said cars were allowed a “dwell time” of three minutes, which refers to how long a vehicle can remain in front of the terminal building without paying any fine, and a “running time” of seven minutes, which denotes the time taken to travel to and from the terminal.

The official, however, said only the total time a car spent on the airport premises was taken into account as there was no mechanism to ascertain the “dwell time” and the “running time” of a vehicle separately.

Vehicles are allowed to stay on the airport premises for 10 minutes. If any car stays for a longer period, marshals deployed by a private agency that runs the airport’s parking lot are to collect a fine of Rs 400 from the driver. 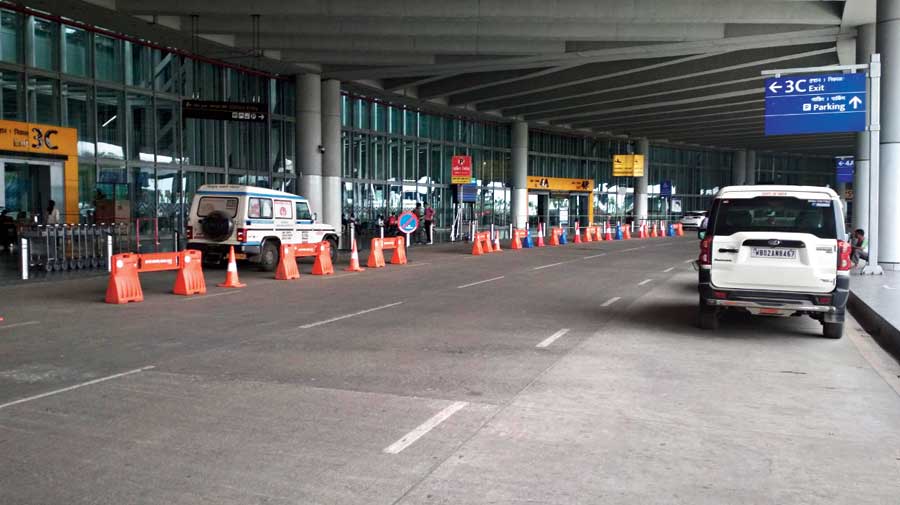 Metro on Sunday spotted a number of vehicles — some fitted with beacons and others had boards fixed on their windshields announcing that they belonged to the government — parked in front of the terminal for around 40 minutes or more.

For as long as Metro was at the airport, there were no marshals to collect the fine and no cops to shoo away the VIP vehicles parked for long durations. A number of such vehicles stayed put in front of the terminal for around more than one-and-a-half hours.

However, Patuli resident Tanmoy Bose, 52, who had gone to the airport to drop off his son was asked to cough up a fine of Rs 400 as his car had exceeded the time limit. A couple of parking attendants in front of the terminal building’s departure level fined him. Bose alleged the attendants had not issued him any warning. 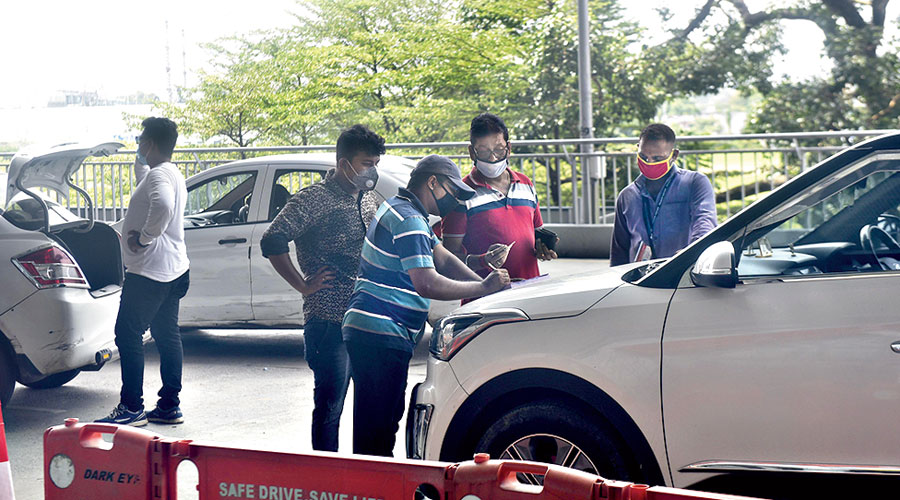 He said he had parked his Hyundai Creta in front of the terminal after he spotted several cars parked along the kerbside.

“They (the attendants) just appeared out of thin air and issued the fine. I said there are other cars parked and they should fine them, too, but they simply walked away,” Bose said.

This newspaper heard one of the attendants tell Bose: “We cannot issue fines to them.”

When domestic flights resumed towards the end of May, around 10,000 passengers were using the airport daily. The number has now grown to over 20,000. The number of cars handled by the agency at the airport has also increased from 700 a day to more than a thousand.

“It still is about half of what we used to have before the pandemic,” said an official of the agency.

In August last year, a parking marshal had been arrested after he clamped a VIP vehicle that had allegedly violated the parking rule and shoved the driver. Babulal Yadav, the general manager of the agency that manages the parking lot, was arrested, too.

Yadav said he had asked his men to steer clear of VIP and government vehicles after his arrest.

A traffic policeman posted in front of the terminal said the drivers of most government and VIP cars drive in at least an hour before the person they have come to pick up. The drivers then lock their vehicles and roam about. “We cannot fine vehicles of senior officers,” said the policeman.

On Sunday, this newspaper spotted a Mahindra Scorpio, with a beacon on its roof, parked in front of gate number 3A at the departure level for at least an hour. The driver was not inside.

A car bearing an Airports Authority of India sticker on its windshield remained parked in front of the terminal building’s departure level for as long as this newspaper was there.

None to guide to gates, queues grow at Calcutta airport