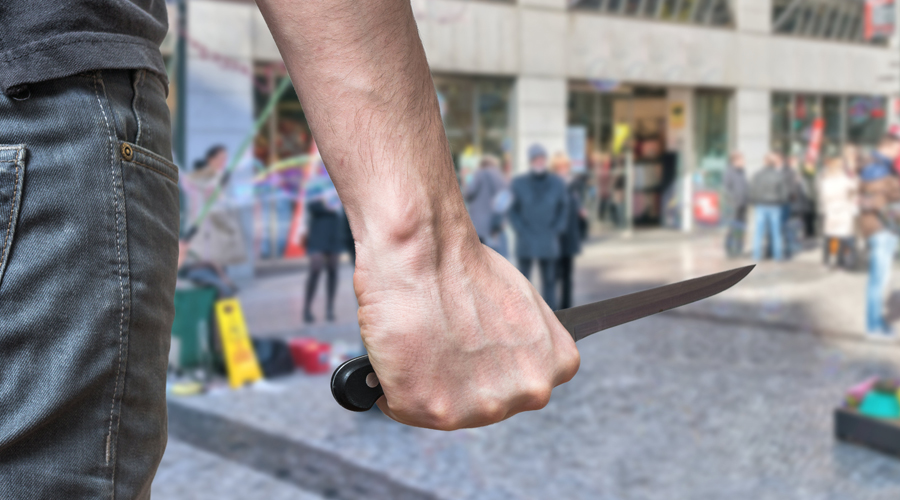 The owner of a leather gloves manufacturing unit in Kasba, the chief accountant of the unit and his driver were injured when a 50-year-old worker suddenly attacked the trio with a leather-cutting blade on Saturday evening, police said.

Kahar Molla, the accused labourer who suffers disability in a leg, told the police that the chief accountant had stopped receiving raw materials from him since the stricter Covid curbs came into force in May and he was not being paid his dues.

Around 6.10 pm on Saturday, Kahar walked into the factory of Balaji Impex Private Limited, on Dharmatalla Road near Kasba police station, armed with a round metal blade.  Eyewitnesses said he pulled out a steel rod and fixed the blade to it and approached the reception in a rage.

Kahar first attacked Saswata Chakrabarty, the 29-year-old driver of the chief accountant, who was checking his mobile phone sitting on a chair.

“Kahar swung the rod and the blade hit Saswata's neck. He fell, bleeding from a deep wound,” said Joydeb Bacher, an eyewitness.

He next entered the room where Tuhin Kumar Dey, the chief accountant, was at work. Shakti Prasad Mazumder, the factory owner, was there, too.

Kahar attacked Dey with the rod and the steel blade hit the accountant's shoulder and his right hand. Shakti Prasad was hit when he tried to resist Kahar.

Some labourers overpowered Kahar, while others took the injured to a private hospital nearby alerting the police.

“Apart from working in the factory, the accused said he also used to provide men and materials. The accountant apparently had stopped placing orders with him for materials since the partial lockdown came into force. The man said his dues were not being cleared,” said an officer of Kasba police station.  “Kahar has been arrested on the charge of attempt to murder under Section 307 of the IPC."

Mazumder said from his hospital bed that he had invited Kahar on Monday to discuss his grievances but the accused did not meet him. “There are documents to show he had received all his dues on Saturday,” Mazumder said.