Jesuit mission at the court of Mughal emperor

‘Since their beginning in 1540, Jesuits have been working in many countries at the forefront of many assignments’ 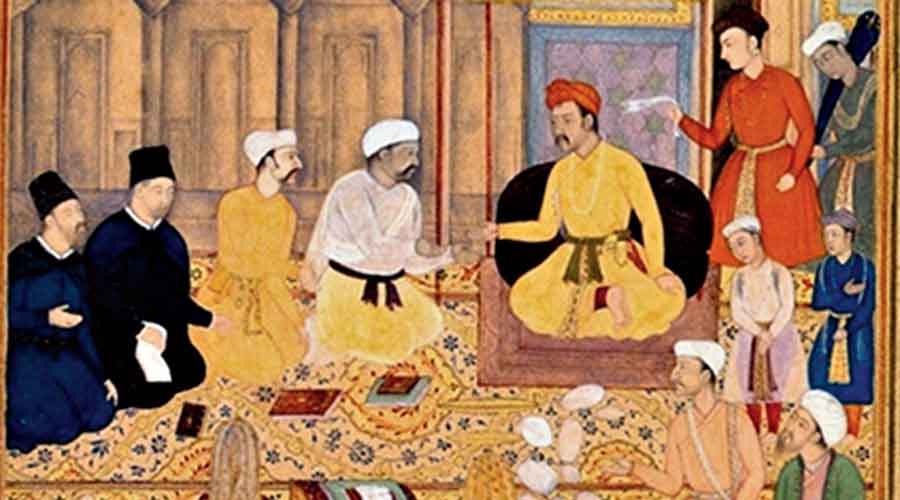 I joined the Jesuit Order in 1973 and pronounced my perpetual vows of Poverty, Chastity and Obedience in 1976. For the past 48 years, I have been living and working in various capacities without any hesitation or regret. Life has been like a flowing river with immense joy, satisfaction and also with challenges. My God and my World has always been big and my principle — “think global and act local”, based on the Ignatian motto “Ad Maiorem Dei Gloriam

(For the Greater Glory of God)” — has guided me all through my journey as a Jesuit.

Jesuits and their co-workers across the world are celebrating the Ignatian Year from May 20, 2021, to July 31, 2022, to mark the 500th anniversary of their founder’s “cannonball moment” — that fateful day in 1521 when Ignatius the soldier, struck by a cannonball, began his transformation into Ignatius the pilgrim for Christ.

St Xavier’s University, Calcutta, commenced its year-long celebrations on May 20 with an inaugural function and will conclude them on July 31, 2022, on the Feast Day of Ignatius.

Pope Francis, a Jesuit himself, in his message to all the Jesuits said: “That cannonball meant that Ignatius failed in the dreams he had for his life, but God had a bigger dream for him. God’s dream for Ignatius was not about Ignatius. It was about helping souls. It was a dream of redemption, a dream of going out into the world, accompanied by Jesus, humble and poor.”

This Ignatian Year presents an opportunity for all Jesuits and their co-workers to stress upon their core mission, especially in education, to form men and women for and with others. It is a time for reflection and renewal to discern a hope-filled future for young people and for our planet. Let me this time, on the occasion of Ignatius’ feast, recall the Jesuit Mission at the Court of the Mughal Emperor.

Since their beginning in 1540, Jesuits have been working in many countries at the forefront of many assignments. They have been pioneers in high-level administration in courts and governments and, at the same time, they have stood with the poor and the excluded for the cause of building networks for villages and slums.

That is why Malachi Martin rightly wrote on the dust jacket of his book, The Jesuits: “… In that world where faith and power clash, Jesuits have been the most fabled and fabulous, the most admired and reviled, in the practice of both. Down the four and a half centuries of their existence, Jesuits have been both a puzzle and a model for the rest of the world. Friends and enemies, Catholics and non-Catholics, have all tried to unravel ‘the power and the secret’ of these religiously trained and devoted men who stand as giants in every secular pursuit of mankind as well.

“In science and art, writing and exploration and teaching — and not least in world politics — Jesuits always aimed to be the best. And they were. They had a part to play in every major political alliance in Europe and America, in Asia and Africa. They became shapers not only of religious history, but of world history.

Even Nazi generals dreamed of such a cadre of men; and even Lenin envied them.”

One of their ardent admirers was the great Mughal Emperor, Jalaluddin Muhammed Akbar, who was impressed by their religious and intellectual pursuits. Akbar was deeply religious, who, in the words of his son, Jahangir, “never for a moment forgot God”. More open-minded than most contemporaries, he invited to his court Islamic, Hindu, Christian, Jain and Zoroastrian scholars for religious discussions.

Akbar got his first insight into the Christian character and religion from the actions of two Jesuits — Frs. Antony Vaz and Peter Dias, who had reached Bengal in 1576 from Goa. These Jesuits had severely rebuked some Portuguese merchants who had defrauded the Mughal treasury by not paying taxes. They had asked them to restitute; otherwise there would be no forgiveness for them. Akbar was greatly impressed by this news and curious about the religion, which insisted so much on honest dealings.

In September 1579, Akbar’s ambassador arrived in Goa with a letter, asking for two learned Jesuit priests to be sent to Akbar’s court: “…I am sending Abdullah, my ambassador, and Dominic Perez (an Armenian Christian, the interpreter) with the request that you will send me two learned Fathers and the books of Law, especially the Gospel, that I may know the Law and its excellence….”

He wanted them to provide him and his Muslim and Hindu courtiers with first-hand knowledge about Christian doctrines.

The invitation elicited great hopes among the Jesuits. The Provincial chose three Jesuits for the project — Fr. Rudolf Aquaviva, who led the mission, Fr. Antony Monserrate and the Persian-born Br. Francis Henriques. They reached Fatehpur Sikri via Surat and Gwalior in February 1580 and were received with extraordinary warmth and affection by the emperor, whose attachment with them and their religion continued throughout the three years of the Jesuit Mission.

The Jesuits spoke to Akbar about Christianity and debated its virtues with the ulama. Akbar evaded deeper issues of Christianity and appeared to be doubtful as to all forms of faith, unwilling to commit himself. So the Jesuits returned to Goa in 1582, thus ending the first Jesuit Mission to the court of the great Mughal emperor.

Fr. Anthony Monserrate is said to be the first Jesuit geographer in India. When the team left Goa for the Mughal Mission, he was asked to keep a diary of all the events, which he did faithfully, adding greatly to its value by his geographical and astronomical observations. On his journey from Surat to Fatehpur Sikri in 1580, he made a survey and took observations for the latitudes.

When Akbar marched to Kabul in 1581, against his half-brother Mirza Muhammed Hakim, he took Fr. Monserrate along for continuing the tuition of his second son, Murad. Akbar encouraged Fr. Monserrate to take observations en route. He, however, showed no interest in the data collected by Fr. Monserrate, who kept it with himself even when he returned to Goa.

Later in 1804, Francis Wilford of Bengal Engineers made use of Fr. Monserrate’s manuscripts to prepare a valuable map of the countries west of Delhi. That is why Romila Thapar rightly said, “if the Jesuits had not been to India, there would be no written history of India”.

Once again, after a gap of 13 years, in response to Akbar’s earnest request, Fr. Jerome Xavier (grandnephew of St. Francis Xavier) accompanied by Fr. Manuel Pinheiro and Bro. Bento de Goes, arrived in Lahore in May 1595. This time Akbar gave them permission to open a school and to build churches in Agra and Lahore. However, the king avoided the subject of religion with the Fathers on the pretext that the Jesuits needed to learn Persian before embarking on religious discussions. This Mission had more of an impact on both Mughals and the Portuguese. Akbar commissioned Fr. Jerome to translate the Life of Christ into Persian as the Dastan-i-Masih. This was completed in 1602.The Jesuits enjoyed the patronage of Akbar and his son Jahangir; but under Shah Jahan and Aurangzeb this disappeared, and they were often arrested and tortured.

Akbar also married an Armenian Catholic, Mariam Zamani Begum. Mariam’s sister, Lady Juliana, was the doctor of the royal harem. Juliana was given in marriage to Prince Jean Philipe de Bourbon of Navarre of the royal house of France. It is said that Juliana built the first Church in 1600 in Agra and named Akbar’s Church, which stands till date even after 421 years.

Akbar had an adopted son, Mirza-Zul-Qarnain (Zulcarnen), first son of Mirza Iscandar, an Armenian Catholic who was a cavalier at Akbar’s court. Mirza-Zul-Qarnain was a generous donor to the Jesuit Fathers and built the Jesuit College in Agra in 1603, which does not exist now.

The Jesuit mission at Akbar’s court, however, cannot be considered a total failure. The Jesuit presence did help to bring about a better understanding and dialogue between Islam and Christianity. It opened up an extremely important chapter in the history of inter-religious dialogue in India, which was precisely what the circumstances had thrust upon them there. The friendship that came into existence outlived the Jesuit missionaries. Their contact created a pattern of normal relationships between the learned of different religious convictions. The Jesuit mission at the Mughal court laid the foundation for the widely spread Jesuit networks in 10 provinces (including Delhi, Patna, Ranchi, Nepal, Darjeeling, NE and Calcutta) with over 2,800 Jesuits. We wish them all a Happy Feast of their Founder today.