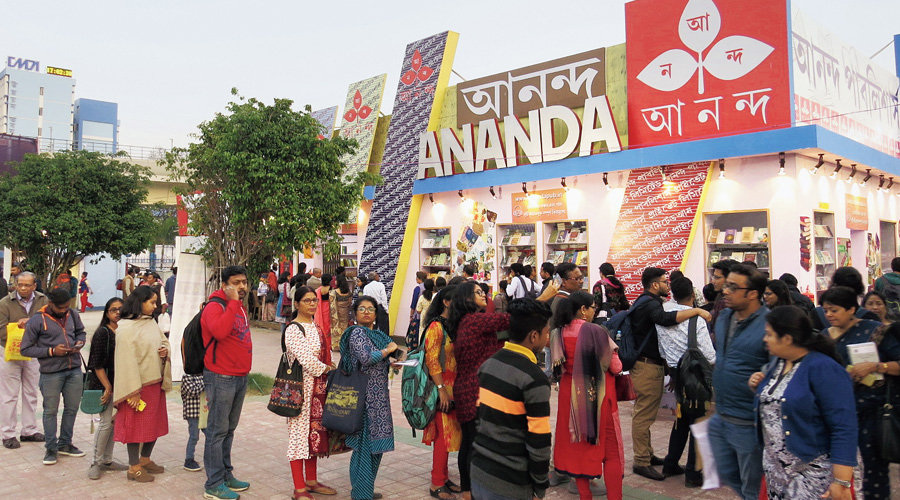 The Calcutta book fair cannot be held on the lines of a local fair as it will then lose its international character.
Telegraph file picture
Our Bureau And Agencies   |   Calcutta   |   Published 27.12.20, 10:19 PM

Organisers of the International Calcutta Book Fair have finally decided to postpone the annual event for several months till there is an improvement in the Covid-19 situation, an official said on Sunday.

The Publishers and Booksellers Guild had initially decided to postpone the 45th edition of the book fair to a later date, the official said.

The book fair was originally scheduled to be held from January 27 to February 7.

The fair will be held once there is an improvement in the pandemic situation and the threat of infection lessens, he said.

"With normal international flight movement yet to begin and with the school, college campuses closed, we cannot put the health safety of lakhs of people at risk," Guild president Tridib Chatterjee told reporters.

Regulating the entry of people in a book fair of this magnitude, and not giving book lovers access to over 700 stalls on the fairground will not be feasible, Chatterjee said.

"It is more advisable to wait for some more time till the situation improves," he said.

The Calcutta book fair cannot be held on the lines of a local fair as it will then lose its international character, he asserted.

International book fairs such as the London Book Fair have already been postponed.

The 44th International Calcutta Book Fair in 2019 had attracted over 15 lakh bibliophiles in 10 days.