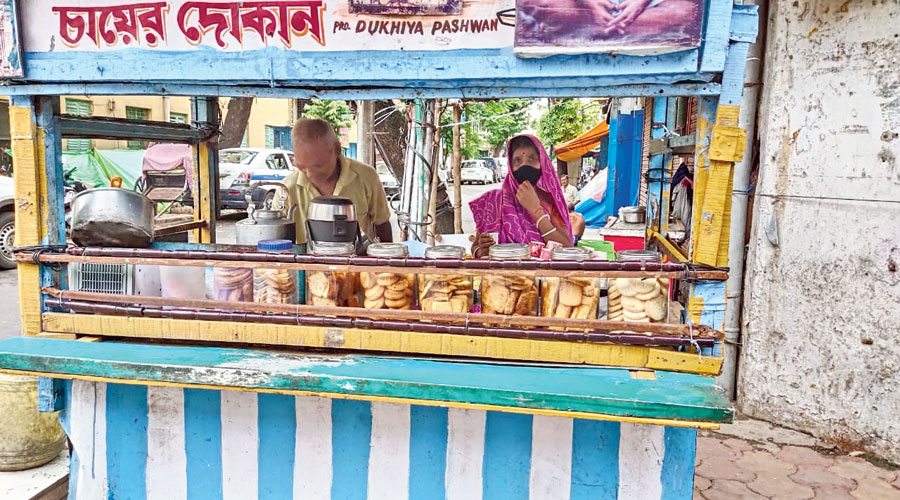 Shankar Paswan ran a roadside sindoor stall in the Kalighat area before he had to shut up shop because of the lockdown. He used up his capital, borrowed money from lenders and survived on rations.

Customers started returning but Paswan had no capital to restart his business. He needed Rs 3,000.

Siliya Debi needed Rs 2,000 to restart the tea stall she had been running in Hazra for more than 15 years. It is no mean sum for her to arrange with grandchildren at home to feed.

Calcutta Social Project, an NGO that has been working with women and children for almost five decades have decided to provide interest-free loans to such vendors to help them restart their businesses during the pandemic.

The idea is not to give them donations or grants but let them remain “self-respecting vendors”, Arjun Dutta, the president of Calcutta Social Project, said. “They have to repay as and when they are able to.”

The thought of giving loans came after speaking to food aid beneficiaries whom the NGO has been providing with ration during the lockdown, Dutta said.

“We realised there are so many small independent people who have been reduced to being destitute… dependents on our charity… who have lost their security, self-respect and sustainability,” he said.

“We have started identifying such people and restoring their businesses by helping them with funds. We will do this for small operators and they will repay when they can… the time can be decided when the loan is disbursed.” 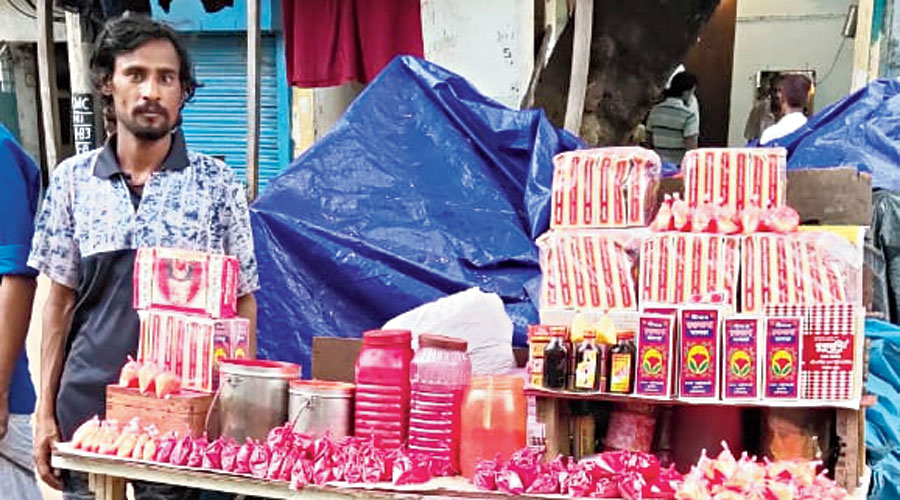 Shankar Paswan at his sindoor stall in Kalighat

The NGO has formed a panel for the livelihood loans programme to “identify genuine people in need of help”.

Those who have been given loans are not being left to themselves. Volunteers from the NGO are tracking their progress, Dutta said.

On Tuesday, Paswan reopened his shop after more than six months. He went to Burrabazar on Monday to buy sindoor and shades with the Rs 3,000 he received. He has kept aside some for further investments. “During the lockdown I was forced to take a loan of Rs 5,000 from a lender at an interest rate of 10 per cent. He has been after me for the money…. but how could I repay with no source of income till now?”

Till Tuesday afternoon he had earned only Rs 20 unlike the pre-lockdown days when he used to make Rs 300 a day on average. “People are trickling in... at least I have been able to restart my business,” he said.

The NGO has given donors the option of directly funding beneficiaries on its list, Dutta said.