Avoid statement that can embarrass relations with Centre: Notice 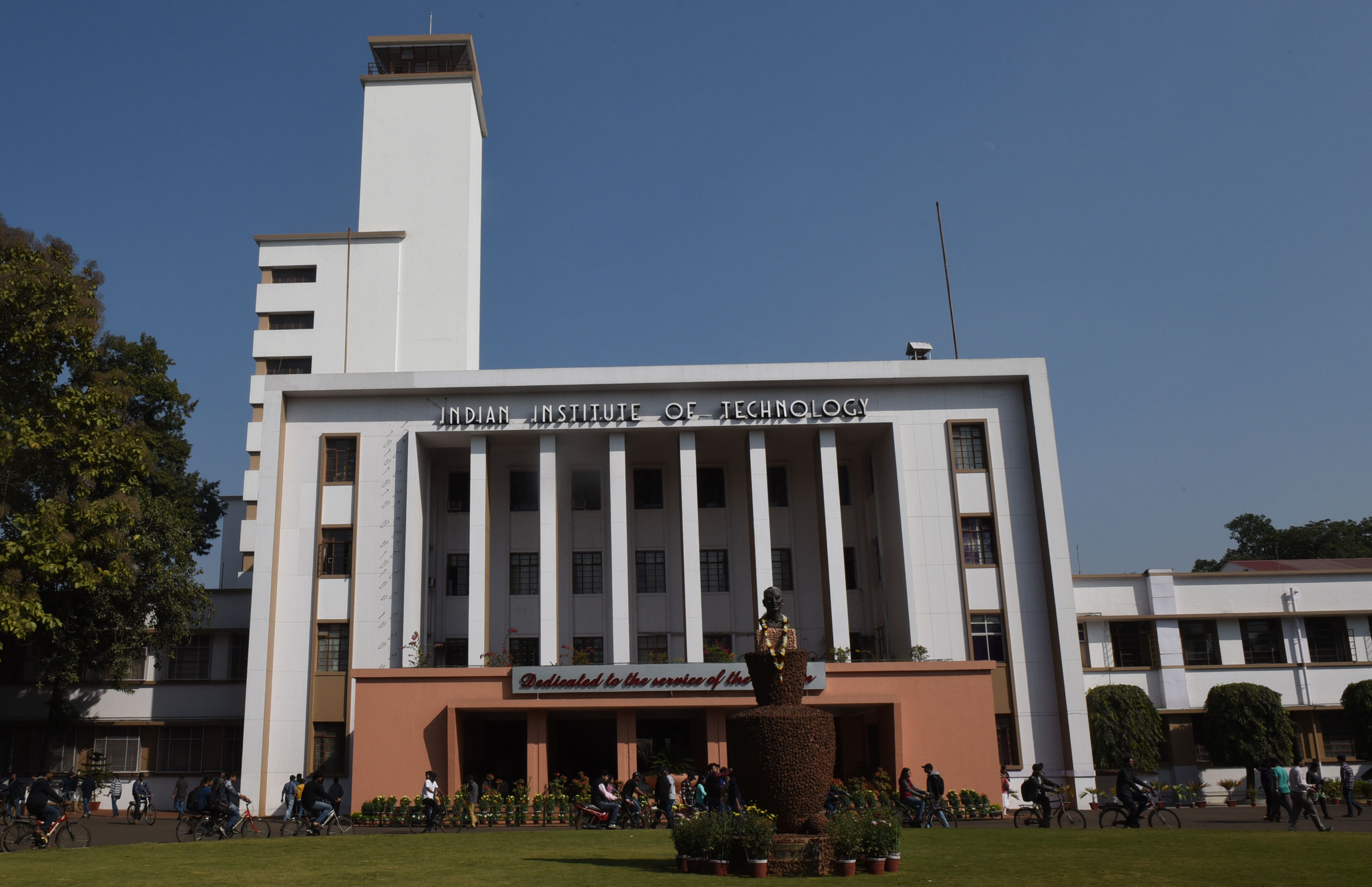 The world may be grappling with the biggest crisis ever but IIT Kharagpur is more worried about some of its teachers “making adverse criticism of any current policy and action of the institute” in public.

Registrar B.N. Singh on Friday issued a notice reminding the teachers that they were barred from saying or writing anything that can cause “embarrassment in the relation between the institute and the central government or any state government….”

The notification states no employee shall, except with the previous sanction of “the competent authority”, participate in a radio broadcast or contribute any article or write any letter either anonymously or in his or her name or in the name of any other person to any newspaper or periodical.

“Such articles must strictly be confined to purely scientific subjects and should not touch administrative matter and they shall be free from all political tinge,” the notice reads.

It also says “no employee shall in any radio broadcast or in any document published anonymously in his own name or in the name of any other person or in any communication to the press or in public utterance, make any statement of fact or opinion which has the effect of any adverse criticism of any current policy or action of the institute”.

The registrar told Metro: “This is part of an exercise to remind the employees from time to time what are the service rules as laid down in the acts. Many new faculties have joined recently. They may not be aware about the service rules.” 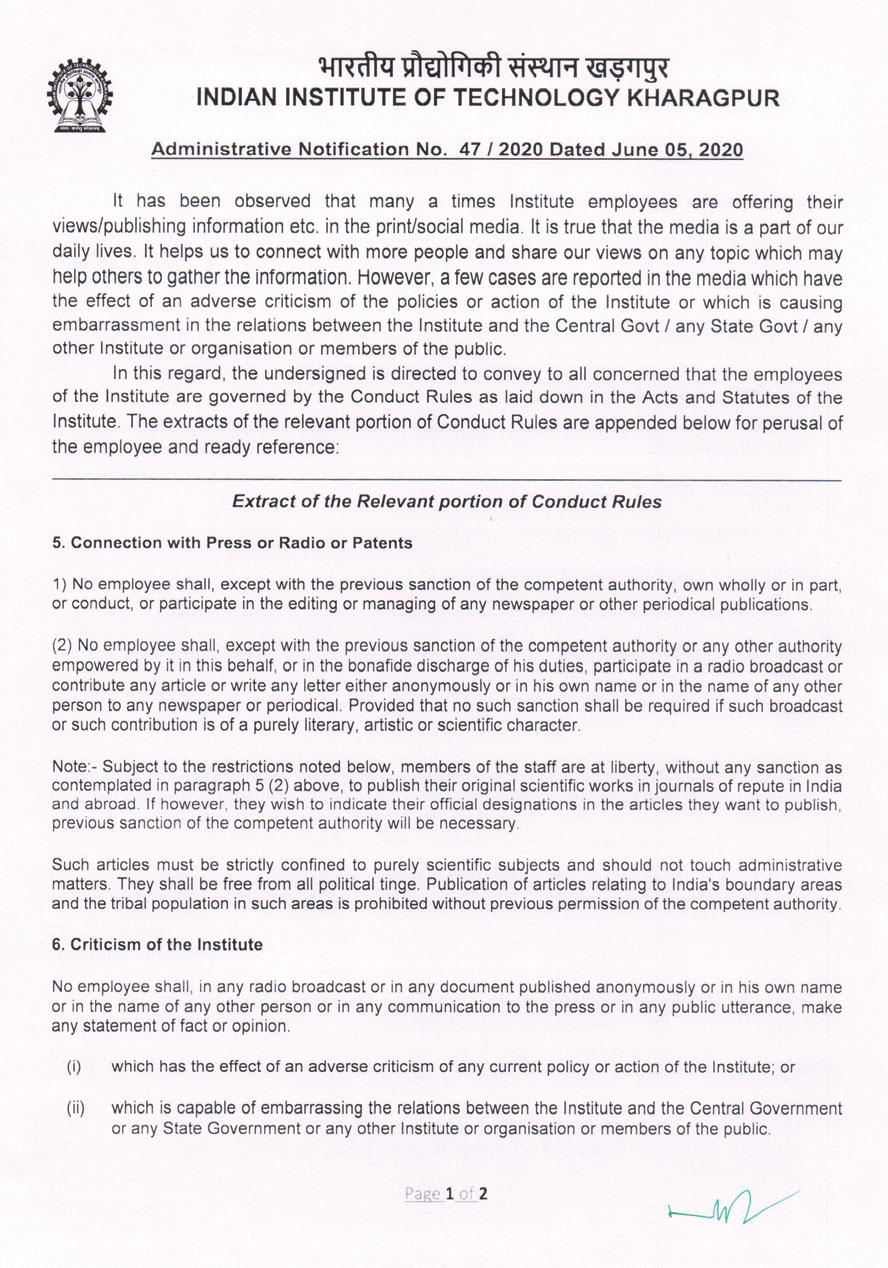 The IIT Kharagpur notice to its employees
Sourced by the correspondent

The opening sentence of the notice says “it has been observed that many a times institute employees are offering their views/publishing information etc. in the print / social media”.

Some of the reports, the notice says, have the effect of “adverse criticism of the policies or action of the institute or causing embarrassment in the relations between the institute and the central government”.

Several senior IIT teachers said the order was aimed at stifling freedom of expression. On any campus of higher studies, teachers and students should have the liberty to exercise views without any fear. None was willing to be named for fear of “retributive action”.

Activist Rahul Banerjee, who had received the distinguished alumnus award in last year’s IIT Kharagpur convocation, said: “Freedom of expression is the hallmark of any institution. The teachers and the students should have the right to express their views without any fear. There is an increasing trend to impose such restrictive orders to silence even the minuscule population that dares to speak on campuses.”

Sabyasachi Sengupta, a former professor of electrical engineering at IIT Kharagpur, said: “If employees cannot say anything that has a political tinge, how could director V.K. Tewari deliver an address on the Facebook page of ABVP Bengal on the coronavirus outbreak.” The ABVP is the student wing of the RSS.

Such restrictive orders are not confined to IIT Kharagpur.

In early April, IIEST Shibpur had issued a notice asking students not to write anything on social media on contemporary issues tagging the name of the institute after some of them criticised the Prime Minister’s appeal to light lamps as a symbolic gesture against the Covid-19 pandemic.