According to information, Seema Singh played the national anthem during the start of her classes and expected everyone to stand up 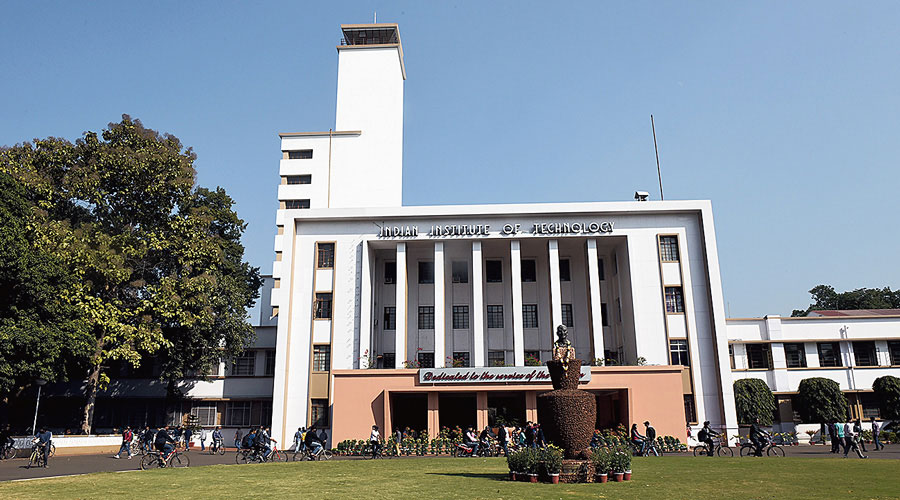 An IIT Kharagpur teacher has been allegedly caught on video verbally abusing some students and their parents apparently for not standing up when the national anthem was being played during an online class last week.

The students’ senate, which represents all students on the IIT campus, has written to director V.K. Tewari and requested him to look into the complaint that SC, ST and OBC students are being verbally abused by an associate professor of the humanities and social science department.

Tamal Nath, the registrar of the institute, said: “We received a complaint from the students on Monday. The complaint is being looked into. If it is true, we will not support such behaviour.”

Some of the students said the teacher played the national anthem during the start of every class and expected the students to stand up.

Asked if there is any practice of IIT Kharagpur teachers playing the national anthem in class, Nath said: ’’I am not aware about that.”

Repeated calls to the teacher went unanswered. The teacher did not respond to text messages either.

The teacher is said to have abused the students during a class on preparatory English, which caters to the students from reserved categories.

In the purported video, a rant could be heard: “This is the minimum you can do for your country. Listen to me…. I have 20 marks for you, I will give zero to everybody. All 128. Do you want that? Tell me. Do you want that? (‘No, ma’am’, says a student in a meek voice). Shameless people. You have to only stand up for two minutes in honour of the national anthem and you cannot do it. And one bloody b******. You know, this is also on your parents. Be it like that. I am calling your parents that. Do you have any shame? Shameless creature of prep course. One smart fellow. (He) did not stand up for the national anthem and said ‘Bharat Maata ki’. Are you in school now? Bloody B******.

“When will you learn sense you idiotic people, prep course? I gave you one-week time. Have you caught up with my reputation? You don’t know who I am. Right? Okay. I will tell you who I am. Let’s start. Have you all settled down?”

Some of the students attributed the rant to the teacher. One of the students in the class posted a video of the abusive behaviour on a Facebook page of IIT students. It was shared multiple times.

The students’ senate and the dean of students’ affairs were tagged in the video.

The “prep course” the teacher was referring to is a course that the IITs across the country run to arm students from reserved categories and the people-with-disability (PWD) category so that they can study the BTech course.

Proficiency in English language is part of the skills that these students should be equipped with.

Students belonging to these categories who clear the cut-off of the JEE Advanced but fail to secure admission can register for this course to seek admission a year later after clearing a test.

A member of the students’ senate said the teacher routinely played the national anthem in the class.

“The teacher did the same during offline classes as well. During online classes, the teacher either attaches a pen drive to the personal computer to play the anthem or downloads it from YouTube and plays it. The teacher wants everybody to stand as it happens in the theatre. The language suggests how intolerant and sinister the teacher is towards the students,” said a student.