A varsity official said they missed out on a good number of bright students, owing to the absence of adequate accommodation facilities 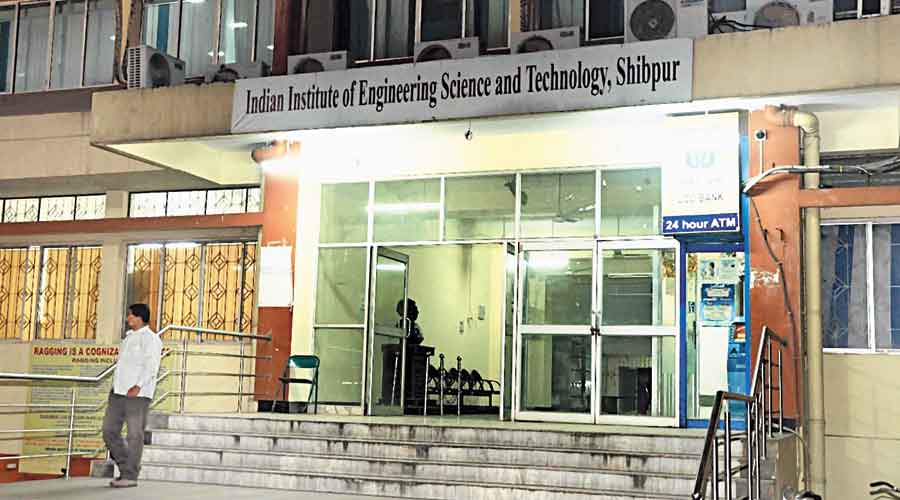 The IIEST director has appealed to the Union education ministry for immediate sanction of funds for building hostels on the Shibpur campus, where the authorities struggle to accommodate students.

Parthasarathi Chakrabarti, the director, said he had made the appeal at a meeting of the Indian Institute of Engineering Science and Technology’s (IIEST) board of governors on November 18. Members of the board include representatives of the education ministry.

The statute of the 164-year-old institute states that all students would have to be provided with accommodation. But the hostels on the campus now have space for only half the students.

Lack of space forces many students to look for private accommodation outside the campus.

An official of the IIEST said they missed out on a good number of bright students, because the absence of adequate hostel space forced them to opt for other institutes.

“Everybody will not be willing to pay through his or her nose for a PG accommodation arranged through brokers. Besides, many want to stay on the campus because they need to visit the library and labs frequently,” he said.

Another official said that once the campus reopened after the Covid-induced shutdown, they would not be able to put up more than one student in a room. “That situation will land us in trouble. The accommodation may drop to 30 per cent from the existing 50 per cent,” he said.

The intake capacity of the institute for BTech, MTech and PhD courses together stands at 4,000.

The board of governors, the highest decision-making body of the institute, had in a meeting in 2018 resolved that a lecture theatre complex and a hostel that could accommodate 1,000 students would be constructed on the campus at a cost of Rs 283.6 crore.

In June 2019, IIEST director Chakrabarti had met HRD minister Ramesh Nishank Pokhriyal and asked for funds to build the hostel and the academic complex. But there has not been much progress since, and that prompted the director to make an appeal for immediate sanction of funds at the last meeting of the board on November 18.

“The issue (of sanction of funds) was raised specifically. Our students are facing inconvenience because of the absence of an adequate number of hostels. Funds should be provided immediately, be it through grant or loan,” Chakrabarti told The Telegraph.

An official in the engineering section of the institute said there were at least 10 buildings on the campus, all constructed during the Raj, that were in need of renovation.

Of the 17 hostels on the campus, at least 15 need an overhaul. Many of the hostels were built before Independence.