Aditya Sinha cooks in his Maniktala home, taking orders twice or thrice a week and his father delivers the items 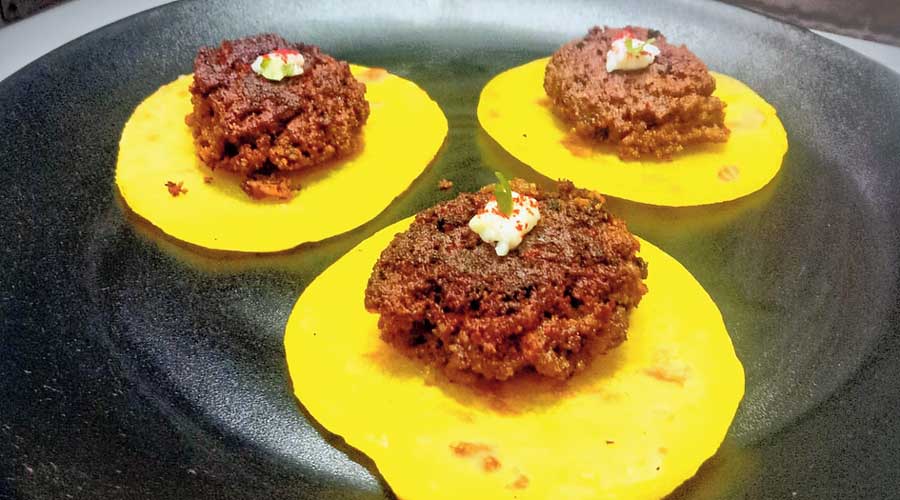 A final-year student of hotel management has been cooking in his kitchen at home.

Not for fun or to experiment, like many people his age have been doing during the pandemic, but to support his family.

The 20-year-old put his culinary skills to use knowing well that “an opening at a hotel’s kitchen” would be hard to get now.

Aditya Sinha cooks in his Maniktala home, taking orders twice or thrice a week and his father delivers the items.

Aditya Sinha cooks at his college, IHM Bhubaneswar.
The Telegraph

The family’s business has been going through a hard time since last year’s lockdown and is on the “verge of shutting down” this year.

Aditya’s father has a medium-scale factory in north Calcutta that manufactures metal containers but orders have been dwindling since last year, the student said. Business is about 20 per cent of what it used to be. His mother is a teacher but her earnings alone are not enough to run the family.

Aditya, who is waiting for his final examinations, said he did not expect a hotel industry job in the present economic conditions.

“There is barely any opening in the hotel industry. I know people who had a job are now sitting at home and some who have even changed their career. I realised I will not get a job in a hotel kitchen in the next couple of years, so I might as well start a home-based kitchen that will help me pursue my aspirations of being a chef and also support my family,” said the final-year student of IHM Bhubaneswar (Institute of Hotel Management).

Lockdowns in two consecutive years and the continuing pandemic have impacted the family’s business of more than 50 years, said Aditya’s mother Mahua.

“We have not seen the business suffering so much as it has in the last two years. With last year’s lockdown, the orders went down and payment also suffered. Things started looking better in October and there was some recovery. Then the rate of infections rose again and our downfall started,” said Mahua.

The factory employs 15 to 20 people and makes tin containers for products like paints, adhesive, ghee and chewing tobacco among other things.

Aditya lives with his parents, younger brother, paternal and maternal grandmother and his uncle, who is a special needs individual.

The family’s expenses include the medical bills of two ailing old people who are almost bedridden and taking care of a special needs individual.

Aditya has named his cloud kitchen M.A.M.A’s Kitchen. He sends out the menu to people and closes orders 24 hours before  delivery.

Aditya has been interested in cooking since childhood. His menu does not have the usual dishes — it adds a twist to the items he learnt in college. On the menu are galouti kebab with sheermal and chicken ghee roast with mini tawa parathas.

“The feedback that I have been receiving is rewarding,”said Aditya.