The downpour was triggered by a cyclonic circulation over the north Bay of Bengal, which had led to showers on Tuesday as well 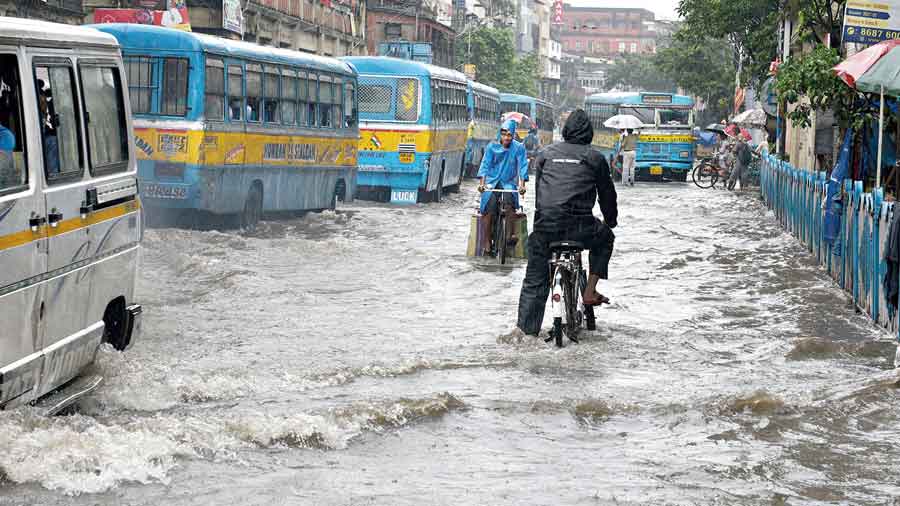 Heavy rain lashed the city for the second consecutive day on Wednesday, with some areas recording over 100mm in just a few hours.

The weather office has issued a rain alert for the next two days.

The downpour led to waterlogging in several stretches. “The lock gates of the Hooghly were open when the rain was at its peak. Otherwise, things would have been worse,” said an official of the Calcutta Municipal Corporation.

The rain was triggered by a cyclonic circulation over the north Bay of Bengal, which had led to the rain on Tuesday as well, and the position of the monsoon trough. The trough passes over Santiniketan and Diamond Harbour and merges with the circulation, said a Met official. 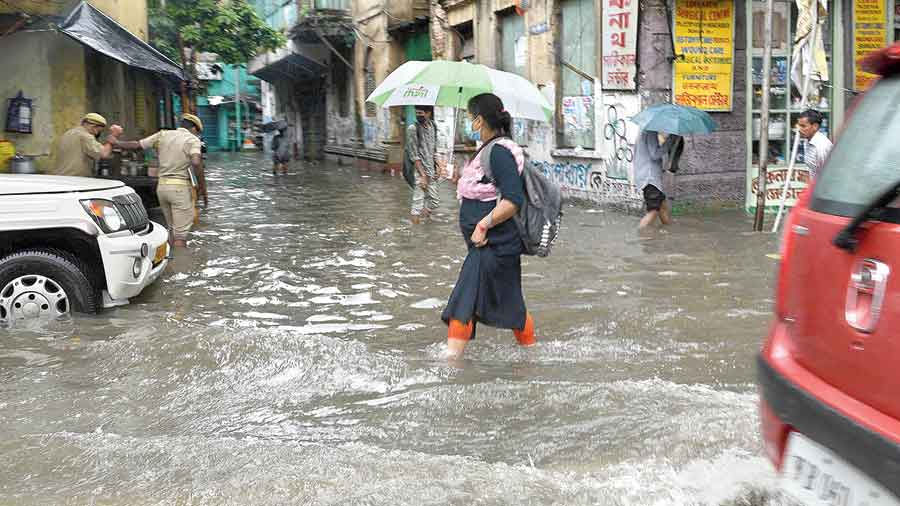 The city is likely to get more rain over the next two days, he said. “The system is unlikely to intensify but is likely to persist till Friday. It is close to the Bengal coast and will have an impact for the next 48 hours,” the official said.

On Wednesday, rain-bearing clouds travelled from east to west and, aided by strong monsoon currents, brought rain to Calcutta.

The city experienced the bulk of the rainfall from 10am to 4pm, in multiple spells. In many places, a drizzle persisted till late evening.

Ultadanga was the wettest area in the city, having received over 110mm of rain between 11am and 4pm, according to CMC figures. Maniktala got around 85mm, Topsia 78mm and Thanthania got 75mm.

Traffic was stalled as busy thoroughfares across the city went under the water.

“The water receded from most areas in the evening. Only a few areas, like Thanthania, Muktaram Babu Street, some parts of Central Avenue and College Street were waterlogged even after 6pm,” said an official of the CMC.