She chose 'Ei Kaal: Chirokaal' (Right Now: Forever) because of the 'message of invincibility' that the words reflected 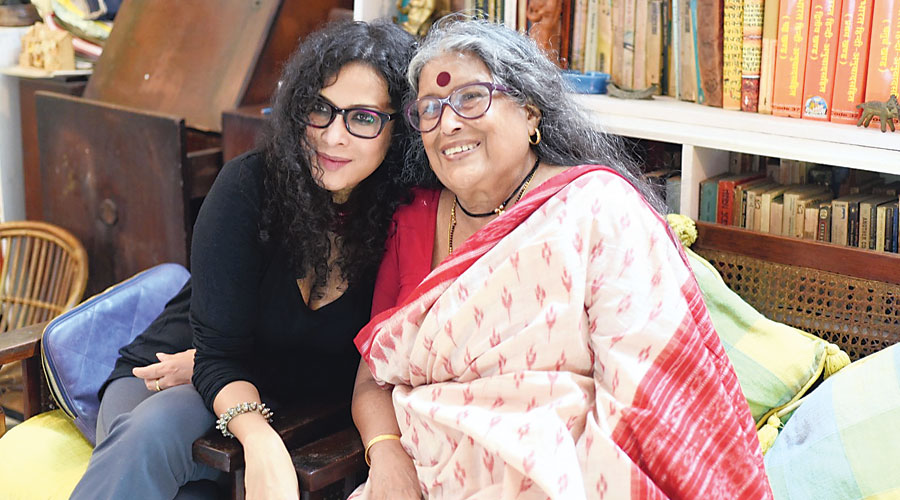 Nandana Dev Sen, daughter of the late author Nabaneeta Dev Sen and Nobel laureate Amartya Sen, has translated her mother’s poem in reaction to the alleged gang rape and murder of a Dalit teenager in Hathras and said “a divisive age will be defeated and spurned”.

Two lines in that poem go: “Thus, a divisive age will be defeated and spurned/ Though it brings on great wars, it will lose every time.”

Speaking to The Telegraph, she described what moved her into translating the poem: “As the child protection ambassador for Save the Children India, I wanted to dedicate a poem to all girls on the International Day of the Girl. Violence against women and children is disturbingly on the rise, including sexual assault and exploitation. The unspeakably brutal rape and murder of the Dalit girl in Hathras has created a deep and collective trauma in our nation’s consciousness.

“The utter horror and outrage of it are unimaginable and insupportable, and our vulnerable young girls feel more at risk now than ever.”

On September 14, a teenager and her mother were collecting grass for their cattle from two distant parts of a large field when a group of upper-caste men allegedly overpowered the girl, gang-raped her, chopped her tongue and broke her spinal cord, paralysing her from the waist down.

The brother of the victim had registered an FIR against the four accused on September 14. The girl had spoken about the atrocities on her from her hospital bed days before her death.

The right-wing ecosystem of the country is bent on maligning the girl since her death. They have denied rape despite her own declaration. Uttar Pradesh police allegedly hijacked the body of the brutalised teen and cremated it in the absence of her immediate family on September 30.

October 11 was the International Day of the Girl.

Nandana said that while she was looking for a poem to dedicate to the girls on the occasion, she chose Ei Kaal: Chirokaal (Right Now: Forever) because of the “message of invincibility” that the words reflected.

“I would have dedicated a poem to girls on the day in any case, but I think I chose this one because of Hathras,” she said.

“This is a new translation I’ve just completed. It will be included in the forthcoming book of my translations of Ma’s poetry, titled Acrobat,” she said.

Asked how Nabaneeta, who passed away in November 2019, would have reacted to such atrocities, considering the robust voice she has been, daughter Nandana said: “Ma always spoke out fearlessly against social injustices, especially hate-based violence, including in her poems like Najma and Utsab. I chose to translate Ma’s Ei Kaal: Chirokaal, one of her most beloved and iconic poems, because it has such an inspiring message of invincibility — powerful words that young people in our country truly need to hear right now, I feel.”

Ever since the images of the body of the brutalised Hathras teenager being set ablaze by the police on a barren ground in the dead of night without the consent of her parents emerged, students across the country have taken to the streets though campuses are closed because of the Covid pandemic.

Reflecting on the poem, Nandana said: “It is a difficult poem to translate, especially because I wanted to remain true not only to its voice but also its meter and rhyming, as well as her mighty mix of classical and colloquial language and epic metaphors. A challenge but one that I loved.”

Time has not the power to extinguish me,
Don’t think for a moment that I wait upon Time.
Let Time keep on playing his absurd battle game,
Every time he strips me, I rise clothed without shame;
With the force of prayer, of spells magic and divine,
All that was untimely will turn auspicious, sublime.

In a just war, the rebel stands forever unafraid
For her ally is Eternity, who, divinely arrayed,
Guides her chariot, destroying the enemy line.
Thus, a divisive age will be defeated and spurned —
Though it brings on great wars, it will lose every time;
From all our scriptures, this is the truth I have learned.
Please know that I am cherished by an undivided, infinite age:
Time will never have the power to scorch me with its rage.