National Green Tribunal warns of 'civil imprisonment, withholding of the salary of concerned personnel, payment of penalty' in case of non-compliance 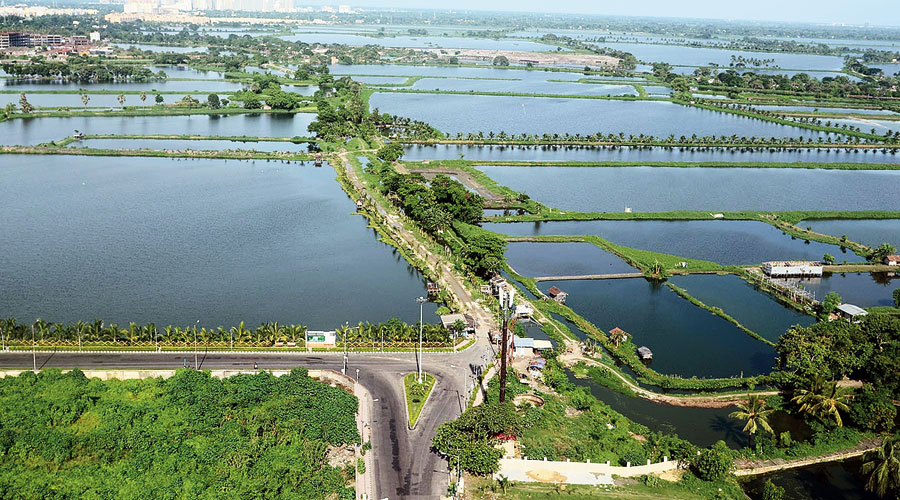 The order was passed on July 28 in response to a petition filed by environmentalist Subhas Datta in 2019, alleging illegal dumping of solid waste in Mollar Bheri over a long period within the wetlands area, seriously impacting the ecosystem. The wetlands are considered the kidneys of Calcutta and its fringe areas for their ability to naturally filter the waste water.

A senior BMC official admitted to the delay but claimed that they had been trying hard to comply with the tribunal directive.

The tribunal pointed out that the action of the civic body was not adequate on the basis of its submitted affidavit while pointing out that the NDITA, the NKDA and the environment department had not even submitted the affidavit despite the tribunal’s order. Petitioner Datta earlier pointed out with photographic evidence that all these agencies failed to protect the wetland area from waste contamination.

“We have noted the action taken by the BMC… however we do not find the actions to be adequate in terms of its speed and no tangible result found tangible,” observed the principal bench of the tribunal constituted of Justice S.P. Wangdi and expert member Nagin Nanda.

The bench also pointed out that the civic body had failed to stick to the timeline fixed by itself regarding proper solid waste management, including removal of legacy waste besides the Mollar Bheri (wetlands) located within East Calcutta Wetlands where Salt Lake and fringe urban local bodies have been disposing solid waste for a number of years.

A Calcutta high court directive in the early 1990s prohibited the change of land use character in the East Calcutta Wetlands. The Ramsar ratification in the early 2000s came as a formal acknowledgement of its status as a wetlands of international importance; and finally the 2016 wetlands norms of the union government bar any change of land use within the wetlands including disposal of solid waste.

Datta complained that the waste and its run off have been polluting the wetlands which, apart from impacting the wetland ecology, also affects the livelihoods of thousands depending on the ecosystem.

During the last hearing on video, the bench expressed displeasure that its earlier orders have not been carried out by BMC, along with NDITA, NKDA and state environment department; the last three, according to the bench, did not even submit the affidavit.

“We make it clear that failure to comply with the direction even during the extended period shall entail issuance of coercive orders which would include civil imprisonment, withholding of the salary of concerned personnel, payment of penalty, environmental compensation etc,” reads the order.

“Our first two tenders about removing the legacy waste from Mollar Bheri have to be cancelled and now we are in process of a third tender which will be opened in mid-August,” said Debasish Ghosh, commissioner of BMC. Ghosh however claimed that they were now disposing of the waste in Dhapa and also shared that the process of shifting the legacy waste to the Dhapa area had started following the norm of the Calcutta Municipal Corporation.

The next hearing is listed on September 14.