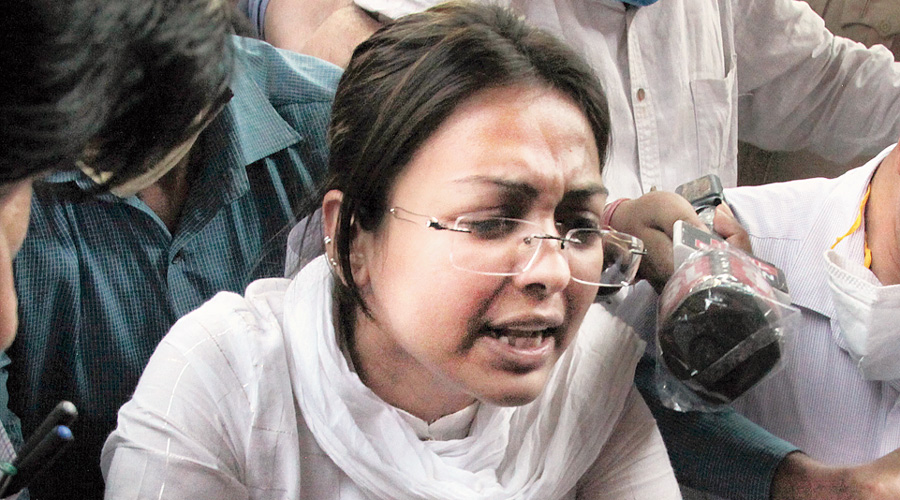 Police have made a submission before the court in connection with the cocaine case that they had received an email two days before the arrest of BJP youth leader Pamela Goswami mentioning that BJP leader Rakesh Singh was trying to frame a woman in a narcotics case.

Police sources said the sender of the mail, identified as Sandip Agarwal, has been examined by the police and his statement has already been recorded before the magistrate under section 164 of the CrPC.

Senior police officers feel this could be a vital lead in proving Singh’s alleged role in a larger conspiracy.

Sources said the submission has been made last month. Till Thursday, the magisterial statement of two persons — Sandip Agarwal and Rajesh Kumar Prasad — has been recorded before the magistrate as witnesses in the case.

While Agarwal had sent the email to the police, Prasad was purportedly promised a ticket in the ensuing Assembly elections by one of Rakesh Singh’s associates and was apparently expected to join Goswami at New Alipore from where Singh’s associate had promised to take them to meet a central minister.

The police have submitted a prayer to record the magisterial statement of three other persons who could be witnesses in the case.

BJP youth leader Pamela Goswami, her friend Prabir Dey and her driver Somnath Chatterjee were arrested in connection with a cocaine case on February 19.

All three had been in police custody since their arrest for alleged illegal possession of 90grams of cocaine in her car.

They have been remanded to judicial custody till March 18.

Reacting to the police’s submission of the email before the court, Goswami’s defence lawyer Kailash Tamoli said the email only corroborated the defence’s theory that Goswami was being framed in the case.