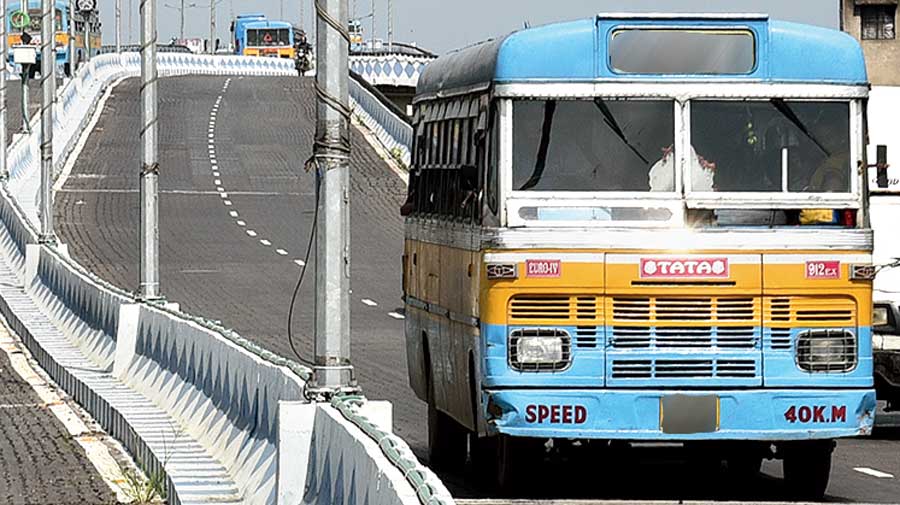 The state government on Wednesday waived penalties on lapsed fitness certificates, driving licences and road permits with effect from January 1. But the fees have to be paid by June 30, 2021.

The decision is applicable to all vehicles.

Several bus owners have kept their vehicles off the roads as they have not been able to pay the fines for not renewing fitness certificates or road permits.

A fall in the passenger count in the past few months because of the pandemic has hit their earnings and many bus operators have said they would not run their vehicles to avoid paying huge fines.

Police said the fine for buses and minibuses running without valid fitness certificates is Rs 3,000 for the first offence and Rs 6,000 for every subsequent offence.

The government decision will benefit private vehicle owners as well. Many haven’t been able to renew their driving licences during the pandemic.

The fine for driving without a valid driving licence is Rs 450 followed by Rs 500 for every subsequent offence, the police said.

“This has been done so that vehicle owners can run their vehicles without any fear. As a result of this decision I think everyone from bus, lorry, auto to taxi will find stability in their lives,” chief minister Mamata Banerjee said on Wednesday. “The fear will not be there. If an owner finds his/her vehicle is not in good condition, he/she should run a check on his/her own.”

The absence of buses was felt on Wednesday when suburban train services resumed. Thousands of passengers landed up at Sealdah and Howrah stations only to find there weren’t enough buses during rush hour.

Several bus owners have not been able to pay their EMIs on vehicle loans for the past few months… how will they pay fines for not renewing fitness certificates?” asked Tapan Bandyopadhyay of the Joint Council of Bus Syndicates. “This move by the state government will provide all bus owners with huge relief… we hope to buses will return to the roads after Diwali.”

The cost of running a fitness test is around Rs 900 but it can be done when pending dues, including road tax and permit fees, have been cleared, several private bus operators said.

After the “grace period”, Rs 50 a day is additionally charged for lapsed fitness certificates.

“In August the state government had offered relief from paying taxes. But there was no word on fitness certificates. Several bus owners have been sitting on fitness certificate fines ranging between Rs 7,000 and Rs 9,000,” Rahul Chatterjee of the All Bengal Bus Minibus Samanoy Samity said. “We are sure buses will now return to roads.”

There are around 8,000 private buses in Calcutta and neighbouring areas. Almost half the number has been on the roads for the past few months.

The state government had requested private bus operators to bring out their buses in full strength when local trains start running from Wednesday. At a meeting on Tuesday, most bus operators had told transport department officials that a waiver of fines on lapsed fitness certificates would be helpful.