Frequent flames in garbage raise the question whether someone is doing it purposefully, says a green activist 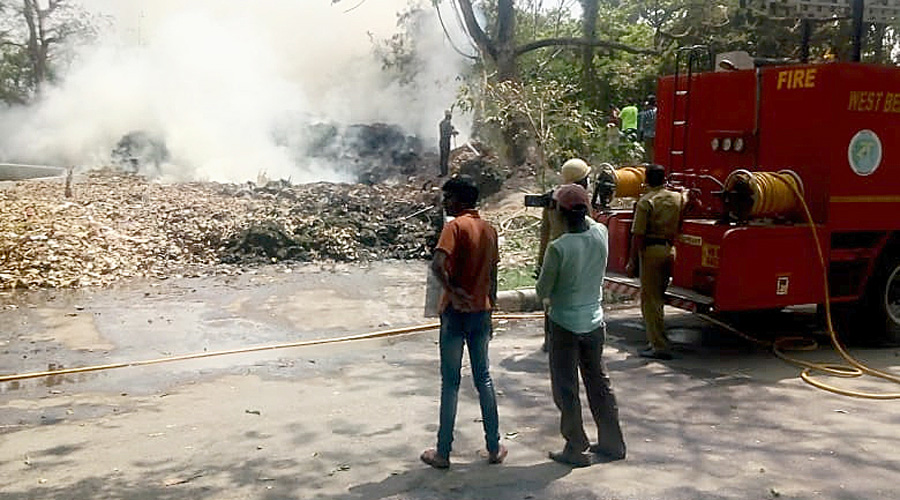 A fire broke out in a heap of waste accumulated at Rabindra Sarobar around noon on Thursday. Two fire tenders doused the flames, said an official of the fire directorate.

This was not the first time fire tenders had to rush to douse flames on the Sarobar premises.

Thursday’s fire broke out in a vat near the Buddhist temple gate of Rabindra Sarobar, said a daily visitor to the place.

“Dry leaves have been lying in the vat for months. After repeated requests from daily visitors, the authorities removed some of the waste a couple of months back. But they did not clean the spot,” said Sumita Banerjee, a daily visitor and a green activist.

“The authorities should probe whether the fire was accidental or the contractor who is supposed to clear the waste set it on fire. Frequent fires in heaps of garbage at Rabindra Sarobar raise the question whether someone is setting the waste on fire purposefully,” said Banerjee.

An official of the Calcutta Metropolitan Development Authority, the custodian of Rabindra Sarobar, said: “We do not allow burning of waste. We remove the waste daily from Rabindra Sarobar. It could be that some of the waste was not removed and it accidentally caught fire.”