Schools conduct Yaas relief camps in cyclone-affected areas and distributed food, clothes, medicines and other necessities among the villagers 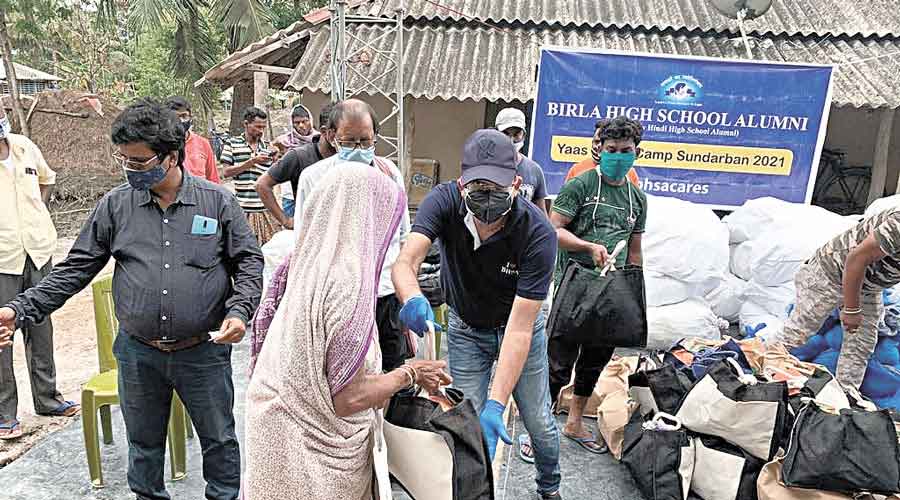 Birla High School alumni conducted Yaas Relief Camp Sunderbans 2021 with a visit to the cyclone-affected areas to provide help to the inhabitants. A team of four, led by Sachin Saraff, vice-president of the alumni association, visited Dhulki and Sonagaon in Gosaba with food, clothes, medicines and other necessities. The team provided essentials to around 300 families of the two villages.

Vijaynagar High School principal Sukumar Paira helped the association in the endeavour. The alumni members funded the initiative themselves.

“The BHS alumni have long association with Gosaba island in the Sunderbans — from reconstructing school to distributing food in the earlier pandemic. On learning about the destruction from Yaas, the alumni members visited the island carrying daily necessities such as clothes, mosquito nets and food. They also carried two pumps to drain out salty sea water from ponds, so that drinking water is available to villagers and the water borne diseases can be prevented,” said the alumni president Atul Churiwal. 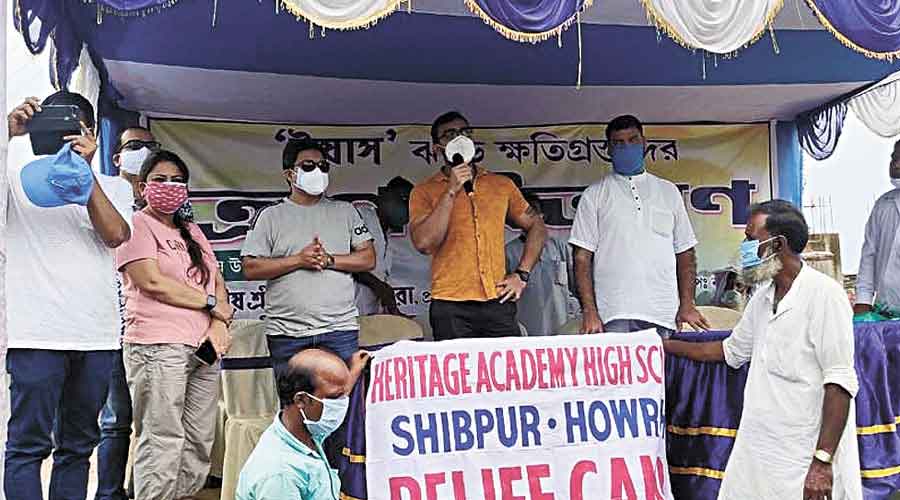 Heritage Academy High School organises a relief camp at a cyclone-hit village in Kakdwip.
The Telegraph

Heritage Academy High School recently organised a relief camp at a cyclone-hit village in Kakdwip block. They provided essentials to 300 families of Meer-er-thhek where the Yaas cyclone left many homeless.

Parents and teachers, along with the school authorities, contributed to the initiative.

The non-teaching staff members helped assemble the provision packets, along with a few student volunteers from the senior section.

“We, as a school, have a social responsibility towards the affected people and want to reach out to as many of them as we can. We shared with our students about this initiative in the online classes, and many wanted to join in and help. However, as the Covid protocols were in place, we could allow only a few students to come to the school and help,” said administrator Sourya Sadhan Bose. 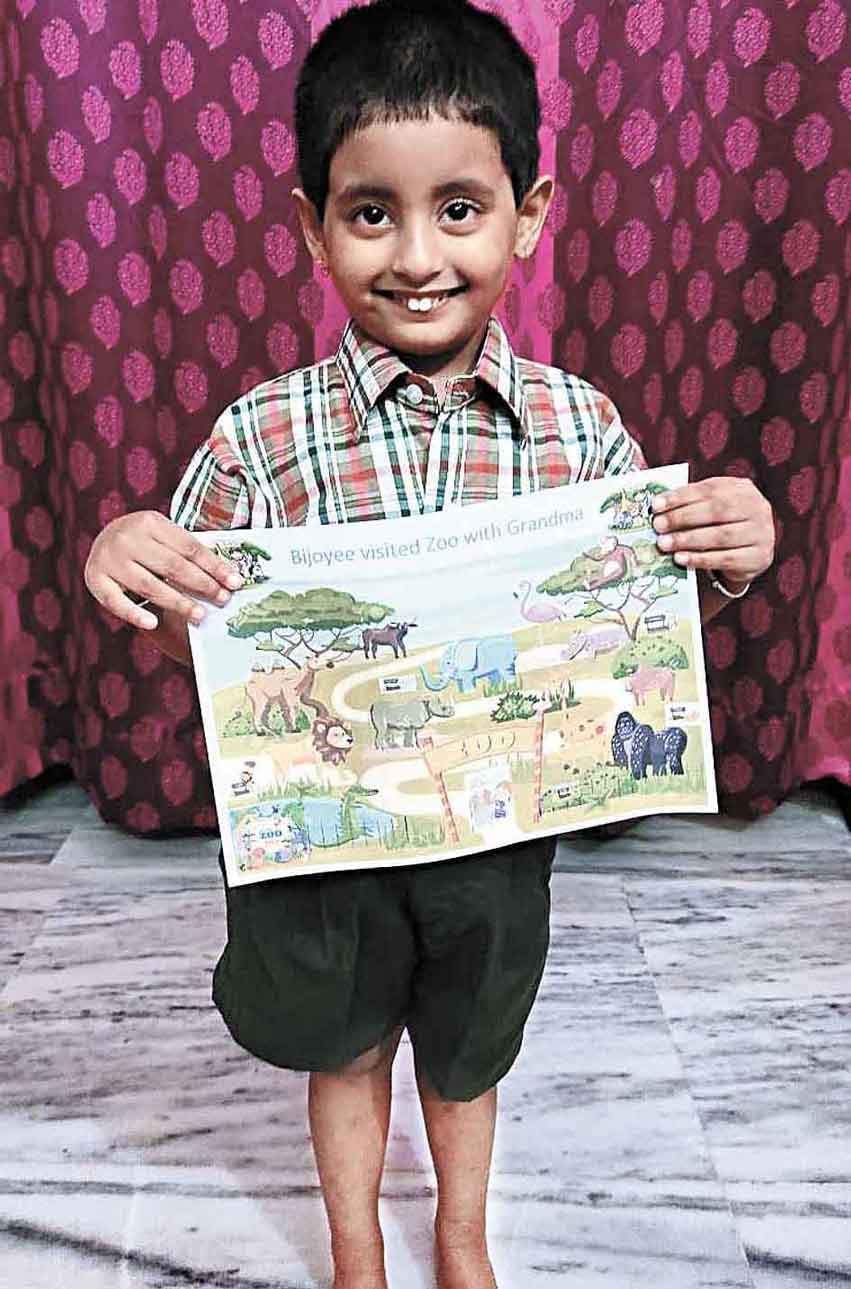 BD Memorial recently organised a virtual visit to Alipore Zoo for its students to commemorate the World Family Day. The children, along with their grandparents, visited the zoo online with a view to rekindling the age-old bond between grandparents and grandchildren. They got to know about different animals through pictures and videos. They loved the visual walk through the zoo while staying safe at home. 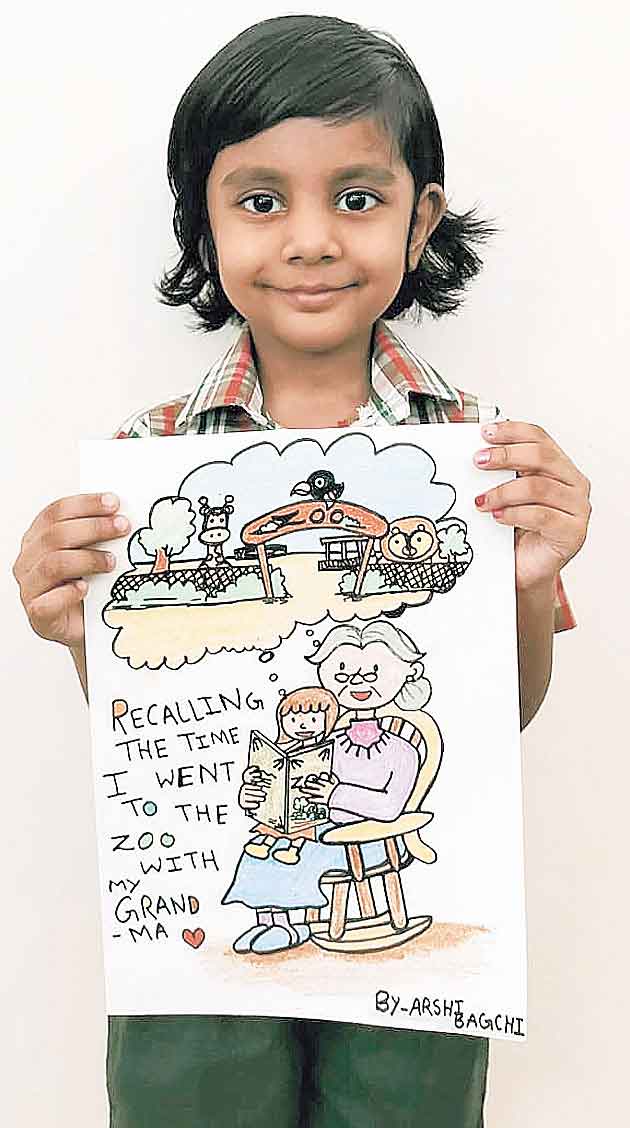 The students made a reflection of their visit through beautiful posters and inspiring quotes on their experience at the zoo. “Since children are now learning about animals and the environment around them, we thought of taking this initiative. It would help increase their cognitive

abilities. It was an eye opener for them as they got to know about so many species. Since they are doing all the activities at home, we thought of involving grandparents and celebrating World Family Day too,” said director Suman Sood. 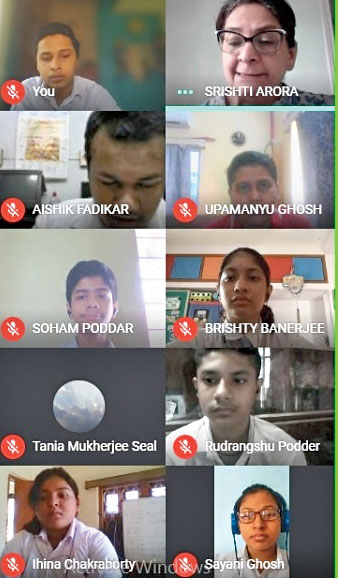 The Blue Umbrella, Born Free and Battleship Potemkin — students of classes IX to XII got to enjoy such box office favourites at Cinema Paradiso, a virtual film festival organised by all the four branches of Apeejay Schools recently.

Named after the award-winning Italian movie, the festival was a celebration of youth, friendship and everlasting magic of movies.

Timeless classics from different genres and periods were screened to develop a holistic perspective among children. The festival kicked off with the animation film Coco, and next came Born Free and a string of other hits. Stanley Ka Dabba was also a popular choice.

The students discussed the film and their learning experiences from them as part of an open discussion on the last day.

“The film festival hosted by Apeejay schools in Calcutta, Bhubaneswar and Haldia helped to unleash the skills and the imagination of young children. In our schools, we give students the opportunity, technology and resources to create and innovate. The film festival was a step in that direction. It also helped to build empathy and understanding among the students,” said Apeejay schools chief executive officer Kiranjit Singh Pannu.