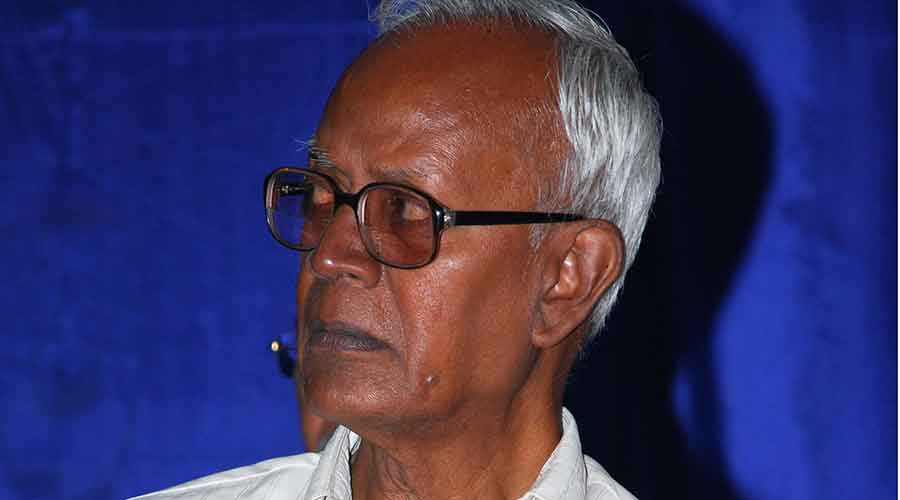 It is with a deep sense of pain and anguish I write these few lines at the unfortunate death of Fr Stan Swamy in judicial custody on July 5.

As if the world has not suffered enough in these trying times of the invisible enemy, we are beset by the heartbreaking news of the sudden demise of tribal rights activist, Jesuit Fr Stanislaus Lourduswamy. I remember my association with him and his prophetic voice. People of goodwill across the world are disturbed and angry.

The Jesuit Order is devastated by the loss of its illustrious and exemplary member, and I express my deep condolences to all the Jesuit fraternity and Fr Stan’s family members. I am confident that the Jesuit Society and his friends will take forward the legacy of Fr Stan’s mission for justice and liberation, particularly among the underprivileged and the tribals.

As Jawhar Sircar (former Union secretary) has tweeted, “What terrible act did this ailing octogenarian Jesuit priest do to be led to die like this? Have Indian State and a section of the Judiciary become so inhuman? Who else will take responsibility but the State?”

See my last tweet. Stan Swamy died today, at 84. I repeat my question: what terrible act did this very sick, weak Jesuit priest do — to be led to die like this? Has Indian State & a section of Judiciary become so inhuman? There’ll be International Uproar! https://t.co/cTMTogo7vt

“A caged bird can still sing,” Fr Stan wrote from jail some months ago. Fr Stan belonged to the Jesuit province of Jamshedpur. He had been working through various civil rights organisations for over 50 years and was based out of Ranchi.

“Can neither walk, write nor eat. Taloja Jail has brought me to this situation,” Fr Stan told the court. Fr Stan was presented on Friday, May 21, before Bombay High Court from Taloja Jail via videoconferencing.

Fr Stan told the court that he would rather “suffer and possibly die” than get treatment at a state-run hospital in Mumbai. “I have suffered much while in prison.”

“I was brought here eight months ago. When I came to Taloja, my whole system, my body was still very functional. But during these eight months, I have gone through a steady regression of all bodily functions,” Fr Stan said.

There should be international uproar against such violation of human rights. The massive protests across the world in May 2020 against the police brutality on George Floyd are still fresh in our minds. I remember what Floyd’s daughter said: “Daddy changed the world.”

I wish and pray that Fr Stan’s death in custody inspires us to bury the draconian laws and inhuman treatment of prisoners.

Fr Stan had been in custody in Taloja prison for the past nine months in connection with the 2018 Bhima Koregaon case. The octogenarian’s health had deteriorated and the Jesuits had recently appealed to the Maharashtra government seeking medical attention for Fr Stan.

Fr Stan was arrested on October 8, 2020, by the National Investigation Agency from Ranchi, Jharkhand, and taken to Mumbai the next day. He suffered from multiple ailments and had fallen down in the jail several times.

For the past few months, Fr Stan was not keeping good health. He was being constantly shifted from the jail to the J.J. Hospital and back. Some of the ailments reported included the imbalance of limbs, lumbo-sacral degeneration and some degree of hearing loss. Urgent surgical assistance was recommended for the hearing loss and physical assistance owing to his general weakness. Pursuant to the court’s May 19 order, Fr Stan was shifted to the Holy Family Hospital where he breathed his last.

Fr Stan told the court that while he had been examined by doctors at J.J. Hospital, he had not been given a chance to explain his complaints. He emphasised that he was not able to perform daily activities such as walking, writing and bathing without assistance any more. He mentioned that he had to be fed, and his appetite had greatly reduced. He stated that his hearing was greatly reduced, and he was not able to converse normally any more.

The entire country is in a state of disbelief at the unfortunate passing of a Jesuit committed to the cause of tribal development. His bail petition was rejected a number of times, and this proves the inherent weakness of a section of the judiciary. His life and endurance has left a message for the world.

May his soul rest in peace.