Eco Park’s Ekante cottage to get a facelift

The glass house is being rebuilt to accommodate more guests 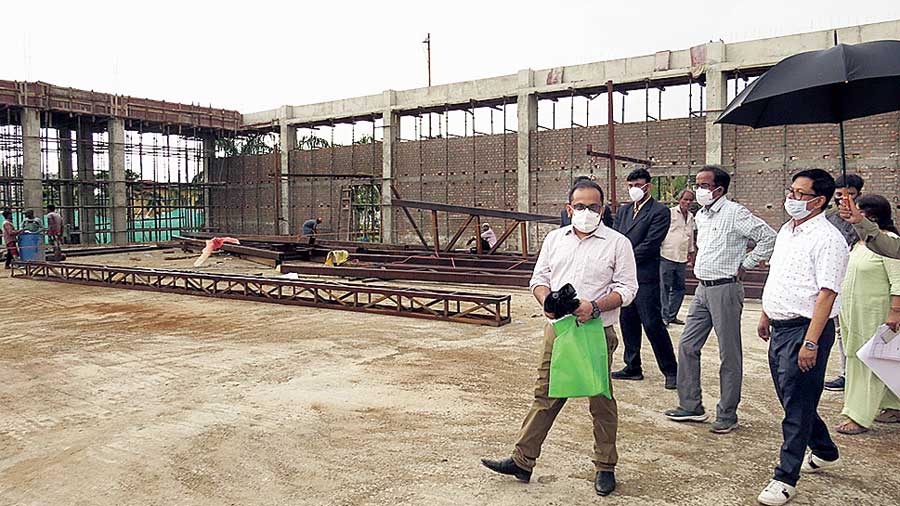 The Ekante cottages in Eco Park island are set to become more attractive as a venue for hosting banquets.

Utsari, the glass house that served as a banquet hall, had got damaged in Cyclone Amphan and is being rebuilt almost four times bigger in size.

In its earlier avatar, the glass house was spread over 2,650sq ft. “That meant we could accommodate barely 70-80 people. While that was a problem for wedding organisers, during the Bengal Global Business Summit gala dinner, hosted by the chief minister, most guests had to remain outside the hall. Now it will have an area of 10,000 sq ft. That can easily take in over 12,000 guests,” said a Hidco official.

A view of the upcoming structure.
Sudeshna Banerjee

Four rooms have been added on an upper level to provide space for bridal make-up and such related functions. Storage space has been added as well. “It is an island in the middle of the waterbody so each brick that you see here has had to be brought in by boat. No load is permitted across the wooden bridge. So it makes sense to store things in case of emergencies,” the official said.

While Utsari enjoys high demand as a wedding venue, officials pointed out that there are only around 58 days considered auspicious for marriages in a year. “We need to generate revenue on other days too. So we will encourage organisers of national level meets to use the facility for their banquets as well,” the official said.

The hall is expected to be ready by October.