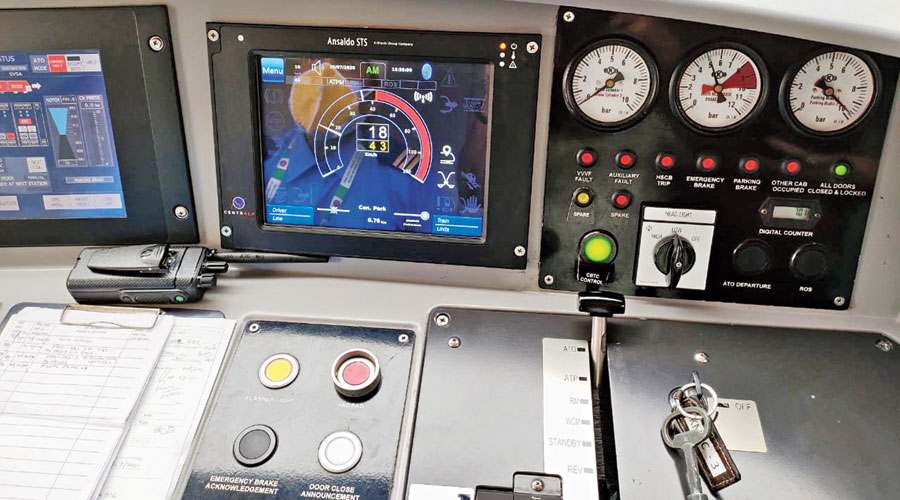 East-West Metro on Monday started the trial of its automatic train control and signalling system that has minimal role of the driver, officials said.

The East-West Metro corridor — which, once fully functional, will link Salt Lake Sector V with Howrah Maidan —has been designed in a way that trains will stop automatically at a station and its doors will be synced with the platform screen doors.

Till now, the onus is on drivers to stop trains at stations in a way that the two sets of doors are perfectly aligned.

“The first automatic train operation commissioning test started today and there was no glitch. However, more trials and fine-tuning are needed to achieve the desired functioning,” said Indrani Banerjee, the spokesperson for Metro Rail, which is running the East-West corridor.

Before the lockdown was imposed in March to contain the spread of Covid-19, East-West trains were running between the Sector V and Salt Lake stadium stations. There is no clarity on when the services will resume.

The automatic train operation is based on a communication-based control and signalling system, which has no signal posts or fixed blocks.

A train will pick up signals from the tracks, which will be open for it to move only when the earlier train moves. If the tracks are blocked, a train will stop automatically.

The driver’s role is only to close the door, said an official.