Route of one of Hidco-owned buses has been rationalised. 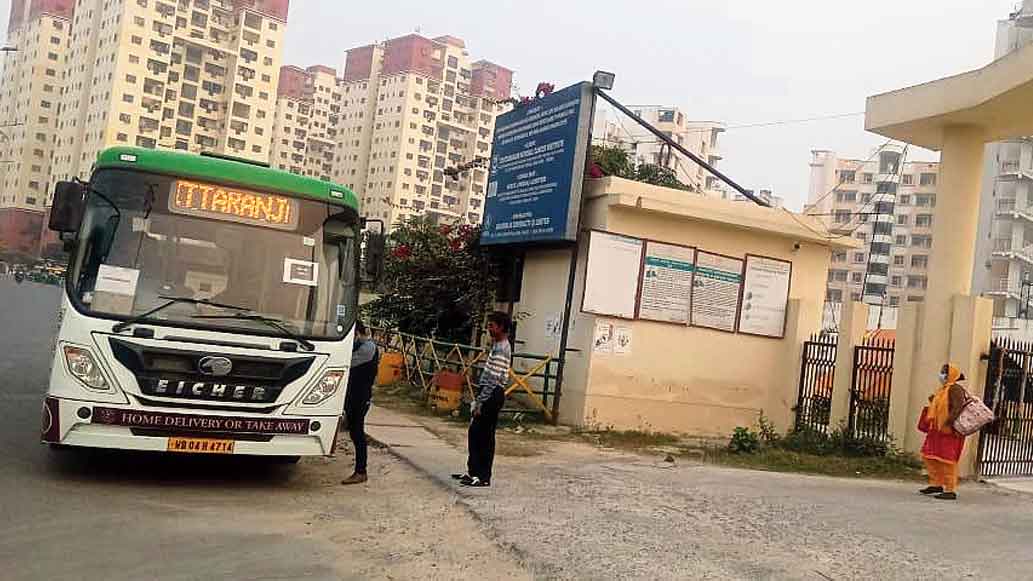 An electric bus picks up passengers from the gate of Chittaranjan National Cancer Institute
Sourced by the correspondent
Sudeshna Banerjee   |   Salt Lake   |   Published 22.01.21, 03:07 AM

An electric bus service has been started to connect the second campus of Chittaranjan National Cancer Institute (CNCI) to Biswa Bangla Gate crossing.

Hidco owns three e-buses. The route of one of them has been rationalised. With booking for New Town Coffee House going fully online and those making the booking reaching mostly by private transport, the bus has been diverted to CNCI.

The service starts at 9am from Narkelbagan and continues to and fro till 12.30pm. There is a break for the battery to be recharged at the depot before resuming at 2pm.  There are nine trips being done now through the day. The last trip is at 6.30pm from CNCI.

Hidco has plans of increasing its electric bus fleet. A tender has been floated seeking bids for buses on lease. “This time we plan to lease buses and pay as per the kilometres run. The existing e-buses were bought by us from KPIT Technologies, with a three-year maintenance contract. But it is turning out to be an expensive arrangement,” said Sen.

The electric bus service, introduced in 2018, has carried 2.97 lakh passengers so far.