It will be an evening college affiliated to Calcutta University 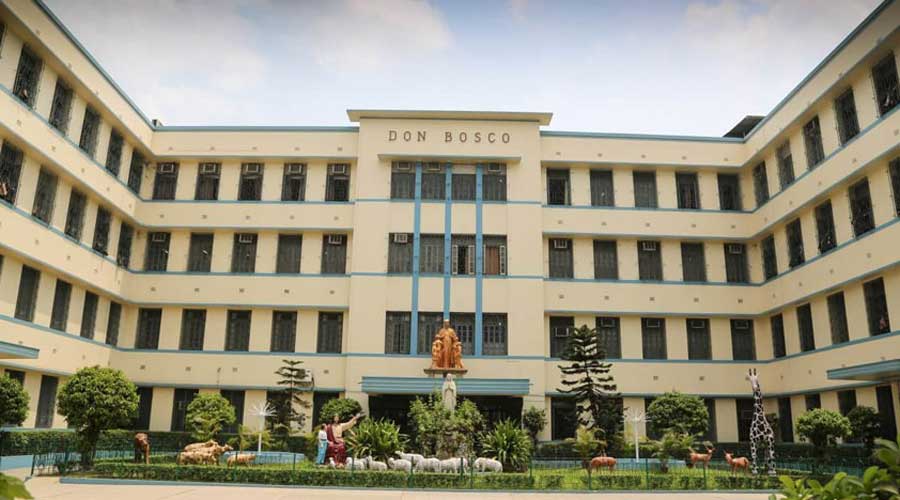 The state higher education department in last year October had given its “no objection” to the Don Bosco Educational Society to start Don Bosco College, a self-financing undergraduate institution.
File picture
Subhankar Chowdhury   |   Calcutta   |   Published 25.07.21, 12:50 AM

Don Bosco Park Circus is starting an undergraduate co-educational college on its campus from this academic session that will admit students to science, commerce and professional courses.

It will be an evening college affiliated to Calcutta University.

The state higher education department in last year October had given its “no objection” to the Don Bosco Educational Society to start Don Bosco College, a self-financing undergraduate institution.

A notice issued by the institution says it is offering BSc honours in computer science, mathematics, physics and chemistry. It is offering honours in BCom as well. Students can apply for BBA (bachelor of business administration) and BCom (general) and BSc (general) too.

Online applications can be submitted from August 2.

Father Bikash Mondal, principal of Don Bosco Park Circus, said they would admit students on the basis of an aspirant’s performance in plus-II and Class-X board exams.

“Since the Class XII board exams could not be conducted across the boards owing to the pandemic, we would consider the Class X board results as well,” said Father Mondal.

The college will offer 30 seats for each honours programme in BSc. While BCom (honours) and general will offer 100 seats each, BBA will have 60 seats.

The number of seats to be offered at the BSc general programme will be announced later.

Although Don Bosco is starting as an evening college, in three years it intends to launch morning and day classes as well. “We would build additional infrastructure on the same campus that houses the school, to expand the college,” Father Mondal said.

Although admission in the college would be open to all, those who are passing out from the school would enjoy preference during the admission process.

“When we process the applications, we will see how students from our school can be accommodated. But seats would be open to neighbouring schools as well,” said Father Bikash Mondal.

St Xavier’s has announced that it would give 75 per cent weightage to marks in the Class XII results and 25 per cent to the subject in which an aspirant wants to major while drawing up the merit list.

Ramakrishna Mission Vidyamandira, Belur, will screen students for admission to undergraduate courses in 12 out of 15 subjects through online viva voce and marks at the plus-II and/or secondary levels.