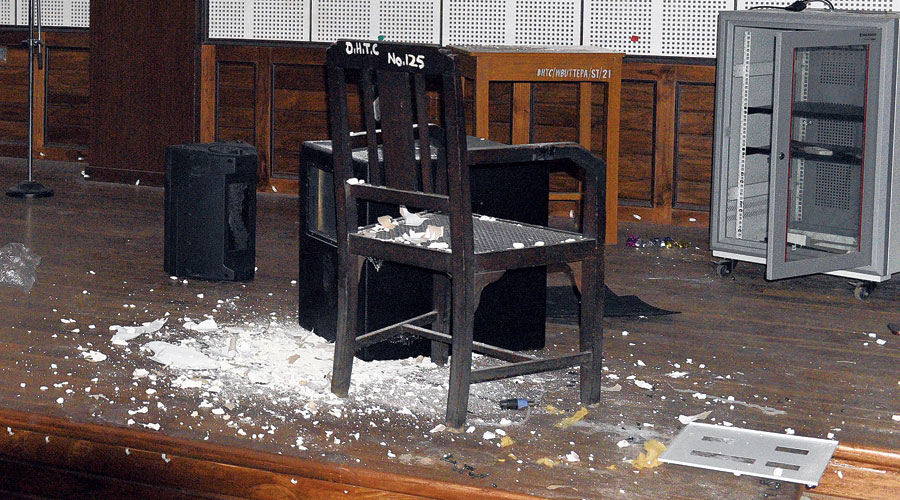 Two men were arrested on Sunday in connection with the vandalism on the David Hare campus of the West Bengal University of Teachers’ Training, Education, Planning and Administration, on Ballygunge Circular Road, late on Friday.

Biswajit Mondal and Meghnad Mondal, who were picked up from a slum behind the campus, have reportedly told the police that they had carried out the vandalism to steal copper wires.

A huge amount of copper wires and other items were seized from them.

“We are trying to find out whether the two were engaged by anyone. They said they entered the campus by scaling the wall from behind,” an officer of Ballygunge police station said.

Some university officials suspect the vandalism was linked to a rumour among students that they would have to turn up in colleges to appear in the fourth-semester BEd and MEd exams.

“There could be more to it than what meets the eye. If it were just for copper wires, why was the server room vandalised?” asked a professor.