Danish lesson for Calcutta’s water use

Only about 4% of water pushed into the distribution system in Denmark is unaccounted for, this figure stands in stark contrast to that of this city 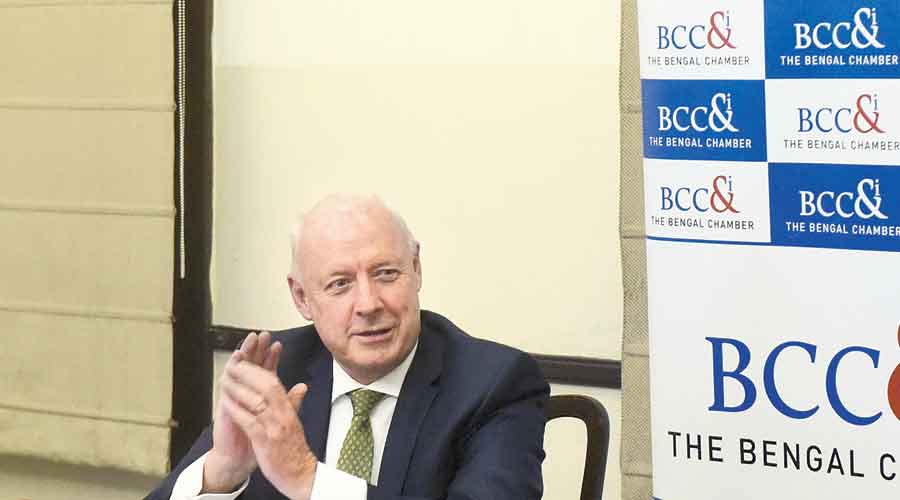 Only about 4 per cent of water pushed into the distribution system in Denmark is unaccounted for, the Danish ambassador said. The figure stands in stark contrast to that of Calcutta, where unaccounted for water is nearly half of what is injected into the network.

“Only 4 per cent of the water that is pushed into the distribution network in Denmark is unaccounted because of leaks and other factors, whereas in most Indian cities it is about 50 per cent,” ambassador Freddy Svane told The Telegraph on the sidelines of an interaction with industry leaders at the Bengal Chamber of Commerce on Thursday.

“Our endeavour is to reduce the volume of unaccounted water. We would love to work with Indian cities. We can share our knowledge in reducing the waste of water.”

The Calcutta Municipal Corporation (CMC) sends 488 million gallons of water into the city’s distribution system every day, officials said. But nearly half of it goes to waste or is unaccounted for.

Water resources experts said about 250 million gallons of water should be adequate to meet the daily needs of Calcutta.

Unaccounted for water is the volume that is lost because of leaks in pipes. It is also the water that overflows from a reservoir.

Experts have warned that non-judicious use of water will reduce the scarce resource sooner. “We are very fortunate that we have the Hooghly next to the city, which is why we are still not feeling water scarcity in a way cities like Chennai are facing. But if we keep wasting water, we will soon lose this advantage,” said Asis Majumdar, a professor of water resources engineering at Jadavpur University.

A project undertaken by the CMC has revealed that Calcuttans consume abnormally high volumes of water, far surpassing the limit set by the Central Public Health and Environmental Engineering Organisation. The limit is 150 litres per person per day in metropolitan cities.

As part of the project, the CMC installed water meters in wards 1 to 5 in north Calcutta to read the volume of water entering into houses. It was found that households were consuming up to 900 litres per day.

“A person does not need 900 litres a day. It can only happen if water is wasted abnormally,” said a CMC engineer.

Majumdar said the turbidity of the Hooghly water had increased over time.

“The water that is collected from the river is more turbid and saline than before. It is pushing up costs of treatment. A time will come when the treatment costs will become so high that the government will find it difficult to increase production. That will lead to water scarcity. So it is time we stopped wasting water and use it judiciously,” Majumdar said.

Smita Bajoria, the honourary consul general of Denmark in Calcutta, will be conferred the Order of Danneborg on Saturday. The medal will be handed over to Bajoria by Svane.