The system that looked like an elephant trunk was spotted by the locals of Bamankhali and Mandirtala villages, around 120km from the heart of Calcutta 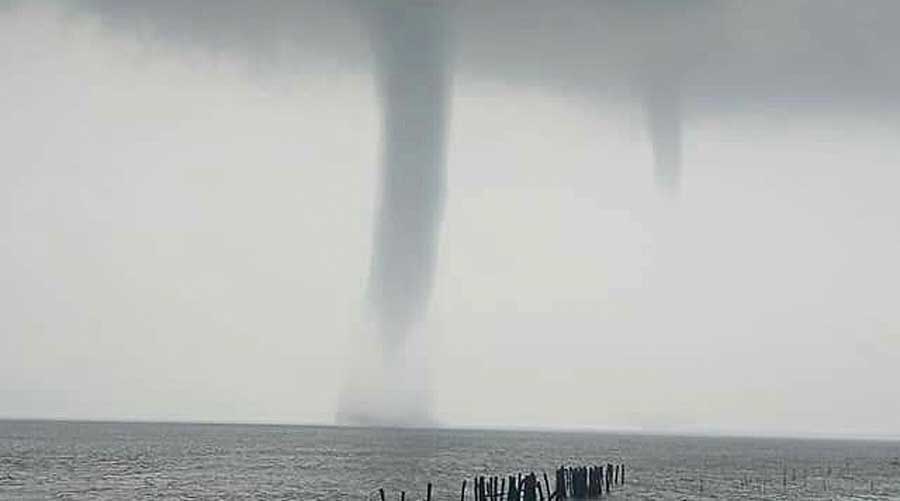 A cylindrical column of wind that seemed to connect dark clouds in the sky and the Hooghly off the Sagar Island in South 24-Parganas triggered panic among residents.

The system that looked like an elephant trunk was spotted by residents of Bamankhali and Mandirtala villages, around 120km from the heart of Calcutta, around 9am on Thursday. Eyewitnesses said the system stayed over river water for half-an-hour, moving around a stretch of a kilometre before collapsing at the confluence of the Hooghly and the Muriganga rivers. No casualty was reported.

As videos of the system became viral on social media, netizens started comparisons with a similar rotating mass of winds that had swept the Naihati-Bijpur-Halisahar belt in North 24-Parganas and parts of Hooghly district on May 25 — a day before the landfall of Cyclone Yaas — killing at least two persons and damaging scores of homes. 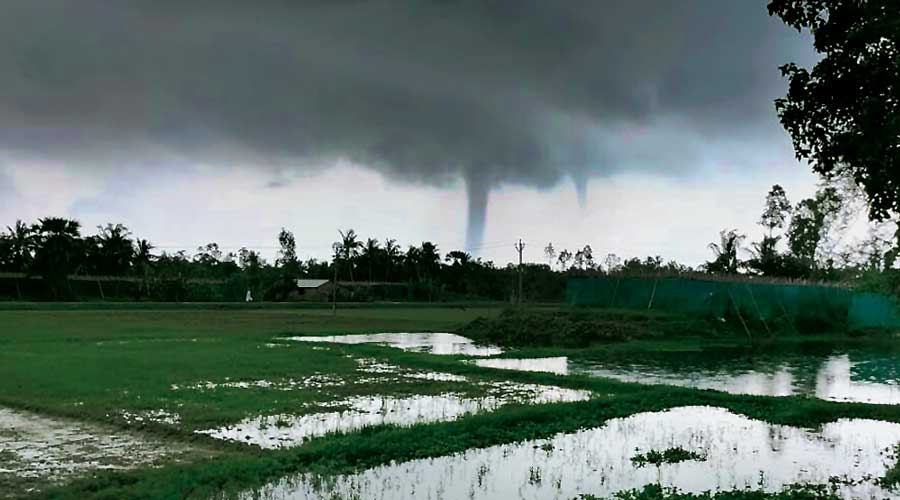 A waterspout, a whirling column of air and water mist, was seen near the southernmost tip of Bengal.
Hedaytulla Purkait

The Met office called Thursday’s system a waterspout, a whirling column of air and water mist. “It is similar to a mesocyclone or a mini-tornado that was reported on May 25. The previous one was on land. This one was on water,” said G.K. Das, the director of the India Meteorological Department, Calcutta.

The area where it was first spotted is around 2km from where the Hooghly meets the Bay of Bengal.

Sugata Hazra, a professor at Jadavpur University’s School of Oceanographic Studies, said the system looked like a fair weather waterspout.

“Mini-tornadoes and waterspouts are not unheard of in Bengal. The rising sea surface temperature, one of the important ingredients of any sea storm, has increased the frequency of cyclones and other storms,” he said.