Calcutta plunged into an information vacuum 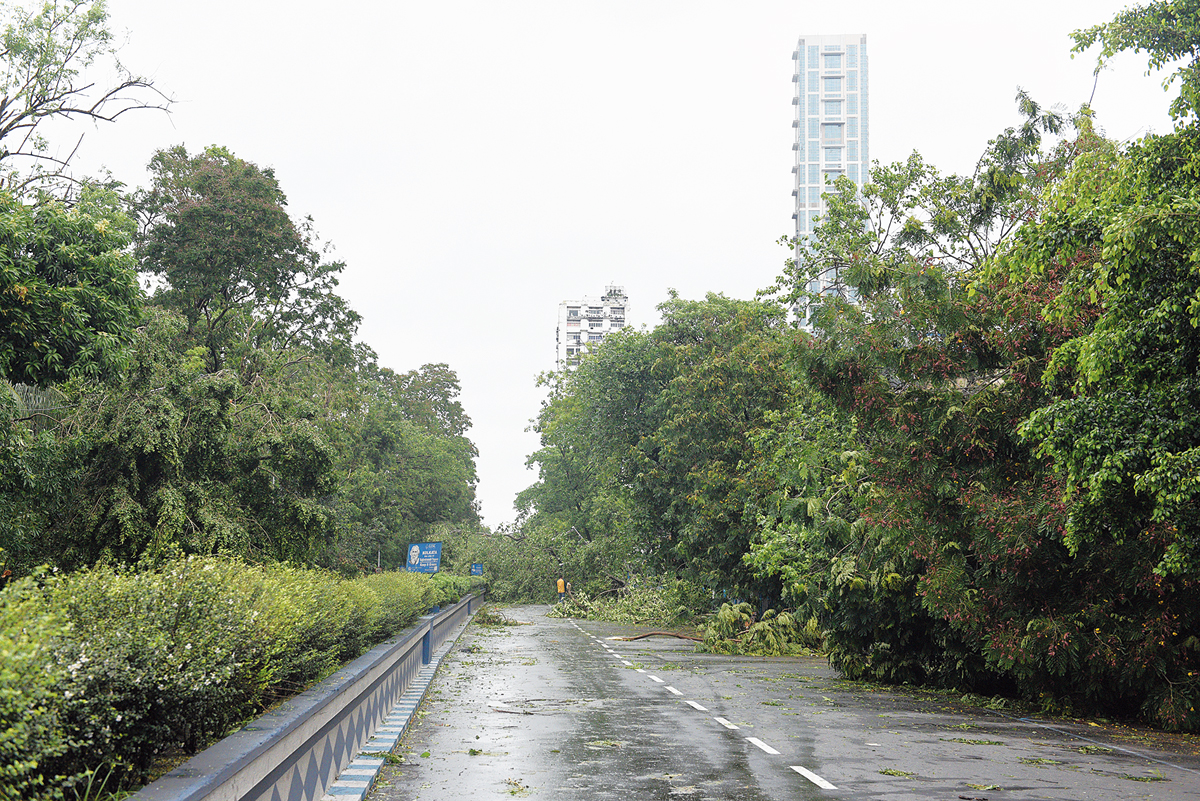 The last living link with the rest of the wo­rld was snuffed out for ma­ny Calcuttans when their mobile phone batteries we­nt dead.

There was already no TV, no Internet, no music being delivered right into their ears, no online classes, no work from home. No heating food at the press of a button.

What was there — in heaps — was unwashed clothing, but the washing machines wouldn’t whirr.

On the streets, the howl of the cyclone that rang in |the city’s ears on Wednesday had been replaced by the monotonous buzz of electric saws the day after.

Civic staff cut through the fallen trees branch by branch but many more of the estimated 4,000 uprooted in Calcutta and Salt Lake still lay on the roads.

As though the last two months of lockdown had not served up enough life lessons, Cyclone Amphan on Thursday played harsh teacher to millions of Calcutta households.

Large swathes of the city were without electricity, and the backup power gave up after a few hours. The power utilities said it could take days to restore supply to some areas.

Many families had no water in their taps because the pumps would not work.

Chandan Banerjee of Garia said his family skipped baths to save on whatever water was left in the overhead tank.

“Through the lockdown, we have been cooking two days’ worth of meals at a time and keeping the extra food in the refrigerator. Now a sizeable portion of it seems to have gone bad,” he said.

IT engineer Sagnik De said that most utensils at his home were meant for the microwave oven. “We have hardly enough utensils to warm food on a gas stove. We brought the food up to room temperature and ate.”

Several elevators in the South City complex stopped functioning because rainwater had seeped in. Residents of the upper floors of the 35-storey towers had to wait till one of the service lifts was made operational for “temporary use”.

“It will take at least two-three days to make the housing complex liveable again,” a South City resident said.

A CESC official said it could take several hours to a few days for power to be restored everywhere.

“Access to the power cables has been blocked in many places by fallen trees and electric poles. Until the authorities remove these obstructions, our staff cannot begin restoration,” he said.

The cyclone shredded both the wired and wireless telecom services. Customers of all the operators — Vodafone Idea, Airtel, Jio and the state-run BSNL — suffered service disruptions. At some places the networks went completely dead.

Several mobile towers suffered damage. A Vodafone India official said the priority was to restore power to the towers and other critical infrastructure before tackling local glitches.

By evening, the telecom services had gradually started improving. But the handsets were useless without power.

Children staying outside the city were cut off from their parents; the elderly could not share their misery with loved ones.

“During the lockdown, I used to stay in touch daily with my parents, who live elsewhere in the city, through my mobile phone,” a Ballygunge resident said.

“But with no power since Wednesday evening, I assume their phones went dead. I tried several times but could not contact them.”

From north to south, east to west, the stories were the same. From an information glut during the pandemic, a few hours of rampaging winds had plunged the city into an information vacuum.

Traffic lights: Over 400 signal posts uprooted in Calcutta. In one place, the green light was aglow deep under the foliage of a fallen tree.

Trees: Around 3,000 trees fell in Calcutta and 1,000 in Salt Lake. Every two out of five seemed to have fallen along the tree-lined Red Road. The Calcutta Municipal Corporation has a team of 96 personnel to remove fallen trees. They were too few. Police hired workers, who turned up with knives and cutters and removed trees that blocked thoroughfares like Beleghata Main Road and Rashbehari Avenue.

Fibre glass shades: Battered and bruised if they still remained on terraces and over outdoor AC machines.

Walls: A portion of the wall in South City towards Bikramgarh lake collapsed; Tata Centre’s main gate was smashed by the roots of an uprooted tree.