Student roof blown away, JU to the aid

While teachers raised money for affected pupils, their peers delivered essentials to their friends in distress 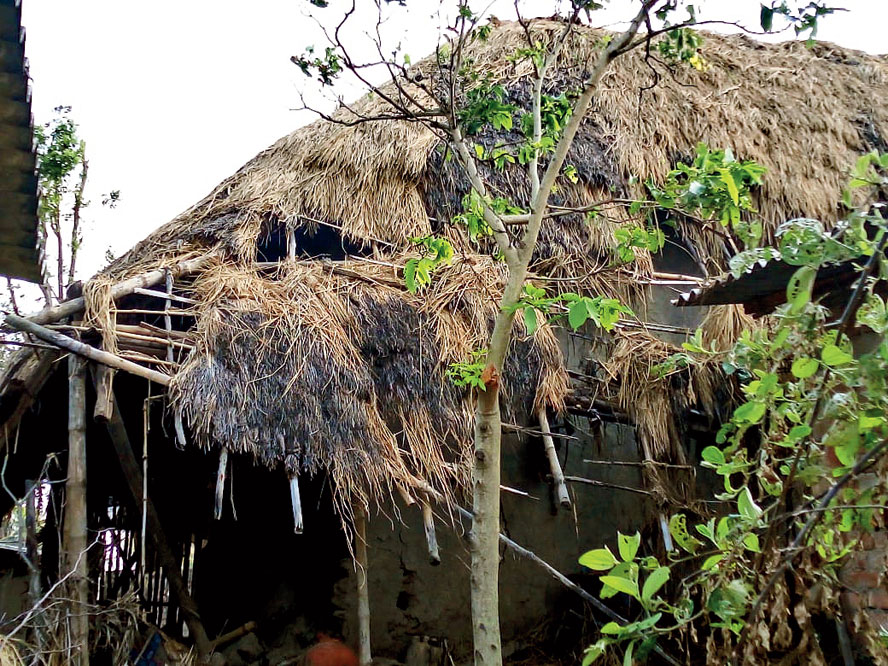 Students of Jadavpur University from the Sunderbans whose roofs had blown away and walls made of clay collapsed because of Cyclone Amphan are trying to piece together their lives with help from teachers and fellow students.

While teachers have raised money for affected students, their peers are delivering essentials such as rice and pulse to their friends in distress.

The teachers have so far raised Rs 2.02 lakh and are in the process of transferring Rs 1,000 to each student from the Sunderbans in the first phase.

Some of the students who have received the cash have also got essentials from JU student volunteers who have been running a community kitchen for the poor since the lockdown was imposed.

Mehbub Rehman Mollah, from Uttar Garan Kati in Kultali, was at his home attending an online class on the Zoom platform when the cyclone struck on May 20.

Mehbub, a second-year student of history, had gone back to his village when the lockdown was announced.

“The online class was disrupted as the Internet connection got snapped. Later, as the cyclone subsided, I found the thatched roof our house had blown away. The mud wall of our house collapsed,” said Mehbub, 20, whose father is a daily wage earner.

“The teacher later managed to establish contact with him and learnt about the loss.” 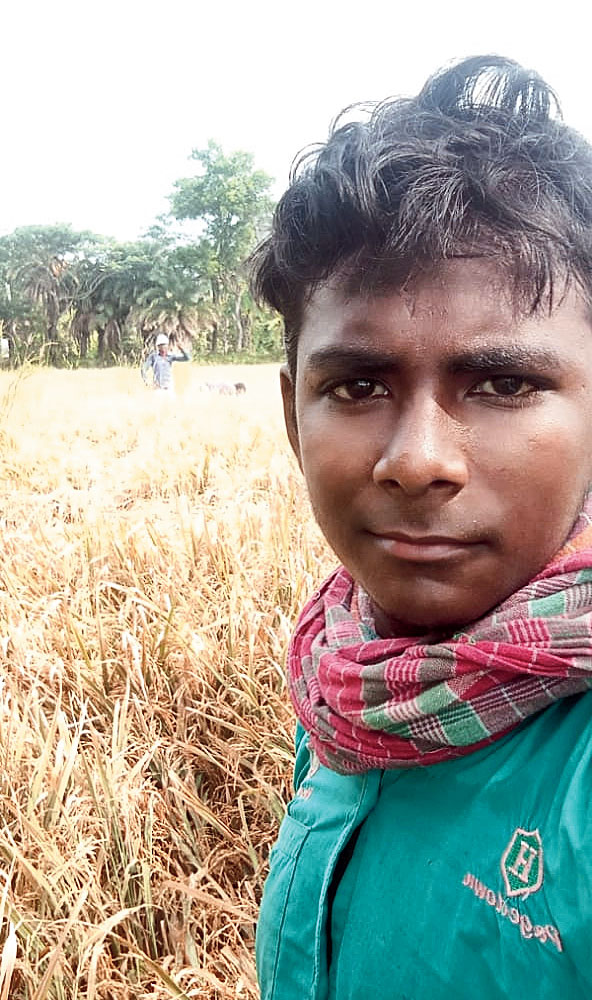 The teacher shared the story of his plight with his colleagues and scores of such tales from the Sunderbans led to the fund-raising drive.

Partha Pratim Ray, a teacher of physics who is spearheading the drive, said they had drawn up a list of affected students based on inputs from teachers and student bodies.

“So far, funds have been transferred to 120 students,” said Roy. The teacher Mehbub was in touch with separately gave him Rs 1,500.

A good number of students at JU come from areas in and around the Sunderbans.

Gayatri Mandal, a first-year student from Gosaba, said she would buy asbestos sheets to rebuild the roof of their house with the help she got on Monday.

“Water was seeping into our rooms as the roof had blown off during the storm. I will buy asbestos. The teachers have assured us of more help,” said Gayatri, a first-year student of Sanskrit.

A second-year student who stays with Gayatri in a hostel on the JU campus found out from her about the extent of damage and shared the details with teachers.

Mehbub said he was filled with pride when his family received a sack containing 30kg rice and 25kg pulse from fellow students. 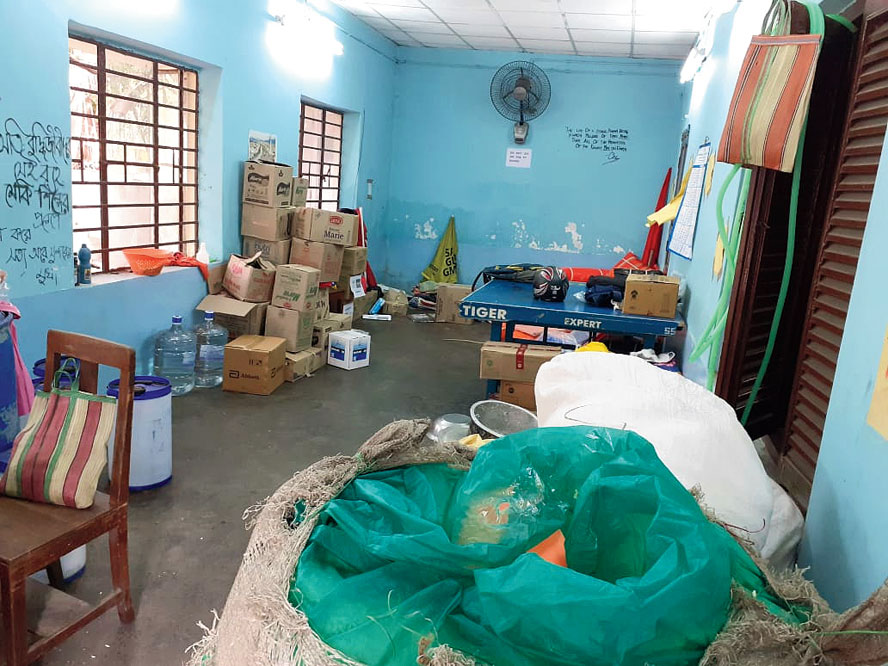 Relief materials in the store of the JU community kitchen before they were sent to the Sunderbans.

A team of volunteers from the JU community kitchen visited Kultali days after Amphan to distribute essentials.

Hindol Majumder, a member of the platform, said a teacher in the history department alerted them about the hardship the family is encountering and the volunteers distributed the stock.

The volunteers could reach out to scores of students during their tour of the area, said Hindol, a research scholar.

“JU has this culture of helping the helpless like us. I am proud of my fellow students and the teachers,” said Mehbub.

Alleya Khatun of Kakdwip, who received financial help from teachers, said she would buy books because rainwater that had seeped into her room destroyed most of her books.

JU vice-chancellor Suranjan Das said the initiative by the teachers and students showed how those in distress could be helped by forming a network. “This bonding between students and teachers at the time of crisis is setting an example,” said Das.