Some of the houses had their roofs flown away; others had giant trees crashing on them 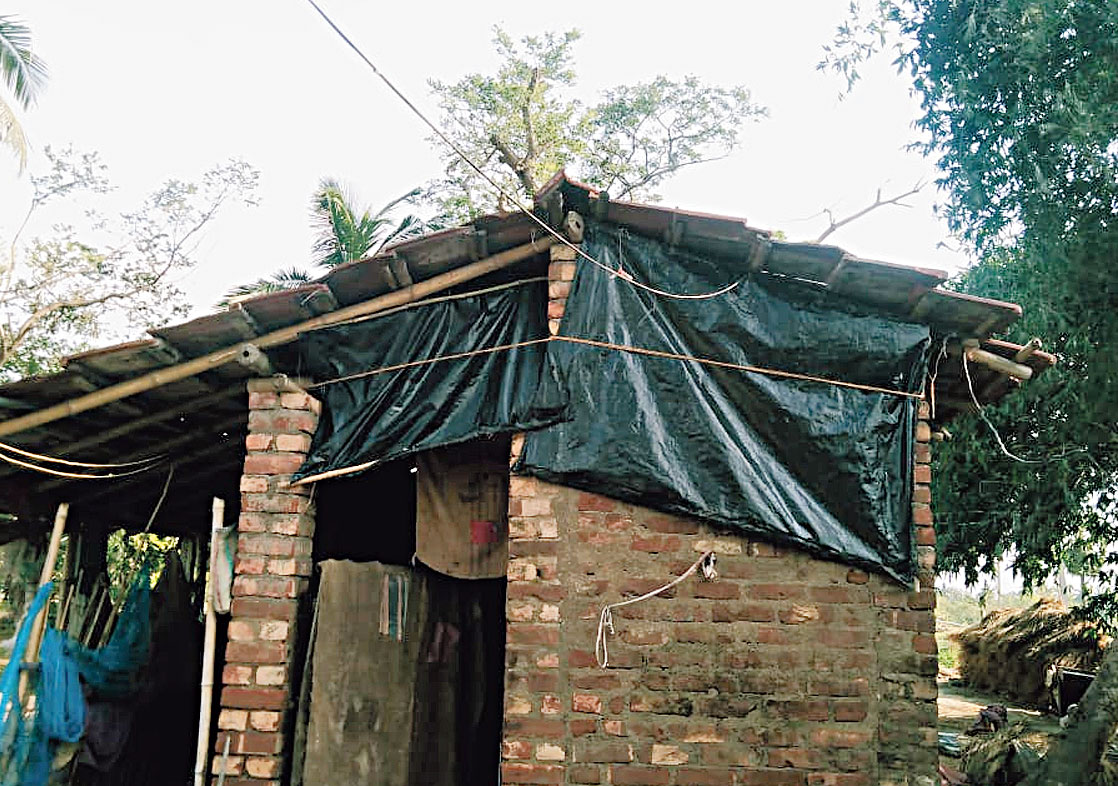 A house damaged by Cyclone Amphan that is being repaired by funds from former students of St Xavier’s College
Telegraph picture
Debraj Mitra   |   Calcutta   |   Published 06.06.20, 09:11 PM

One hundred homes damaged by Cyclone Amphan in a South 24-Parganas pocket are being repaired by funds provided by former students of St Xavier’s College (Autonomous).

The homes belong to students of the Raghabpur campus of the college, which started in 2014 and has around 500 students, who mostly come from marginalised rural families. Many of them are first generation college-goers.

Some of the homes had their roofs flown away and some had giant trees crashing on them. Walls of some homes have collapsed.

The campus had given shelter to many families on May 20 evening, when the storm was ravaging large swathes of South 24-Parganas.

Volunteers of the St Xavier’s College (Calcutta) Alumni Association conducted a door-to-door survey in the surrounding areas after the storm to identify the affected houses. “We gave them money to buy stuff needed for repairs. More than Rs 8 lakh has been spent,” said a member of the former students’ association.

“We believe that once a Xaverian is always a Xaverian. So, the former students consider it to be their responsibility to stand by their present counterparts, when the latter are in distress and dire need,” said Father Dominic Savio, the principal of the college.

“The college has taken up a project called ‘Gift a Roof’ with the support from the alumni/ae. After the cyclone, an initial door to door survey of the students of the surrounding villages was conducted by professors and one hundred students were identified, whose homes were severely damaged. The response from our alumni/ae residing in different parts of the country as well as the world has been positive. The fund to rebuild their damaged houses are being transferred to the bank accounts of the students, recorded with the college,” he added.

The college and its former students had provided drinking water to many families in the area in the immediate aftermath of the storm.

“We feel proud and satisfied for being able to gift a roof to our next generation through this initiative,” said Sanjib Koner, honorary secretary of St Xavier’s College (Calcutta) Alumni Association.