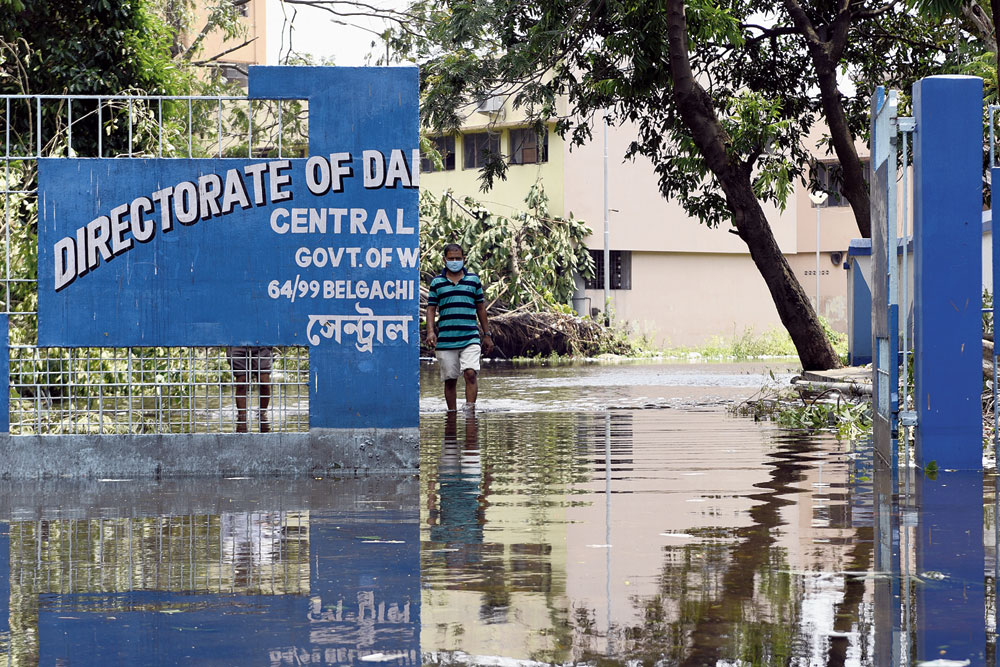 Hundreds of schools and colleges that are scheduled to be exam centres in a few weeks are now storm shelters for tens of thousands of people driven out of their homes by Cyclone Amphan.

The buildings have been housing 400-1,500 people since Tuesday night, principals of several schools and colleges said on Friday.

The remaining Higher Secondary exams are slated to be held on June 2, 6, and 29. Calcutta University’s final-year exams are scheduled for mid-July.

The heads of several institutions said they were worried if the buildings would be available by then because those living there now have lost their homes.

Close to 400 people have been staying at a school in Diamond Harbour. “We understand the plight of these poor, homeless people. But it will be difficult for us to clean and sanitise the campus before the Higher Secondary exam are held,” the school’s headmaster said.

“The rescued people are being served cooked food, which is being prepared on the campus. They are mostly staying in the classrooms… using toilets meant for the students. Some have even brought ducks and hens along with them.”

The school has been slotted as an exam centre.

Calcutta University had issued a notice to all colleges to start sanitising their campuses once they reopen after June 10.

A college in Raidighi, South 24-Parganas, affiliated to Calcutta University, has housed close to 500 people. Food is being prepared on the premises.

Electric and water connection have snapped and overhead water tanks have blown away. People are using students’ toilets. They have been fetching water from a nearby pond, the college principal said.

“The premises will have to be thoroughly cleaned. We need sufficient time to repair the damage, sanitise the campus and make the college ready to hold the university exams,” the principal said.

A college in Gosaba affiliated to Calcutta University has at least 1,000 people on the premises. The cyclone has caused severe damage to the college, the principal said. “The internet tower has been totally damaged. The college needs a thorough repair… it has to be cleaned and sanitised before the exams.”