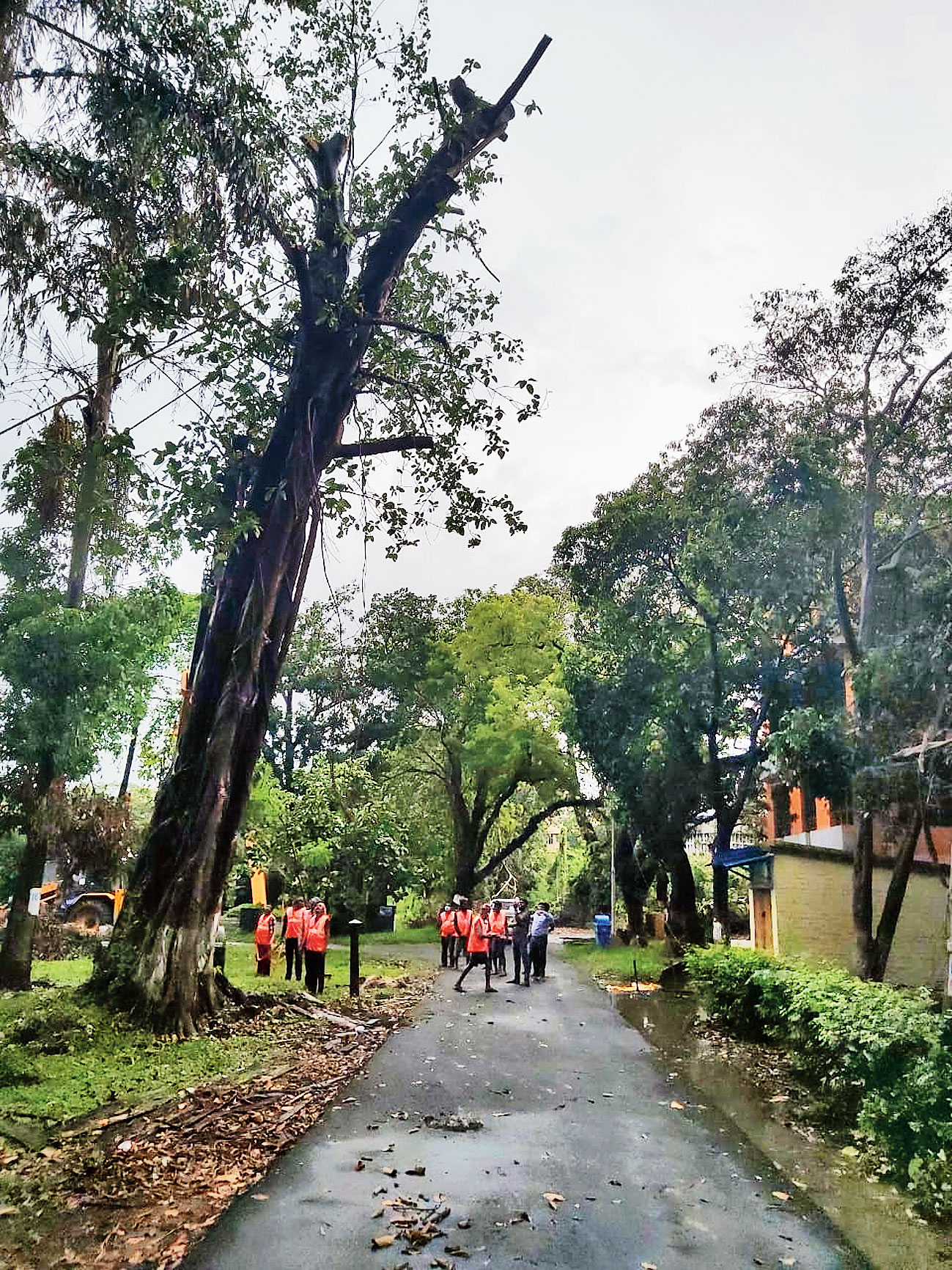 A team of horticulturists has been able to save 26 of the 250-odd trees that had fallen on the Shibpur-campus of IIEST after Cyclone Amphan had hit the city, officials said on Sunday.

The institute invited the horticulturists to explore the possibility of saving the trees on a leafy campus that is famed for its rich bio-diversity.

The team set its sights on 60 trees. Of them, 26 trees have been straightened over the past four days. They include peepal, arjun, radhachura and banyan.

The team had first visited the 121-acre campus on June 1 to take stock of the loss and recommended a slew of immediate measures to save the trees.

D.T. Bhutia, a member of the team and a horticulturist, told The Telegraph on Sunday that the measures helped keep the roots of the trees alive and they were successful in straightening the trees with the help of a crane. 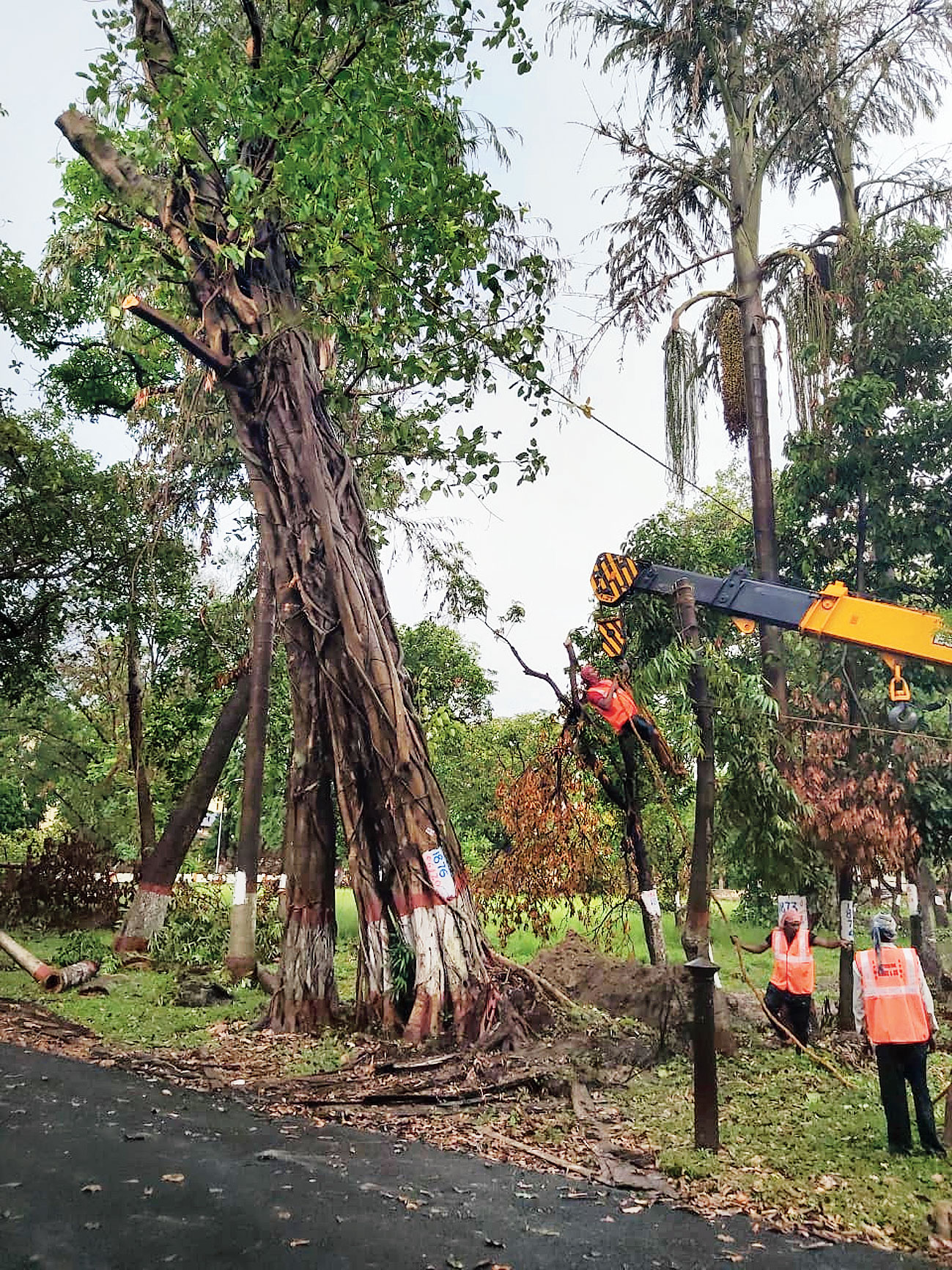 The institute invited the horticulturists to explore the possibility of saving the trees on a leafy campus that is famed for its rich bio-diversity.

The measures included covering the exposed roots by hessian cloth and keep watering them.

This was followed by heavy pruning of branches, but care was taken to leave some branches with leaves to sustain the basic needs of the trees. The remaining parts of the roots were protected and watered as the branches draw water from the roots.

“Hessian cloth, along with watering, helped in moisturising the exposed roots and sustaining transpiration loss,” said Bhutia, who is also assistant director of the CPWD’s horticulture wing. “As the new leaves kept sprouting in large numbers, we realised the tree could survive.”

Transpiration loss is the biological process by which water is lost in the form of water vapour from the aerial parts of the plants.

Tapas Roy, the officiating superintending engineer of the institute who accompanied the team and oversaw the implementation of the measures, said they treated portions of the roots with an anti-fungal medicine. 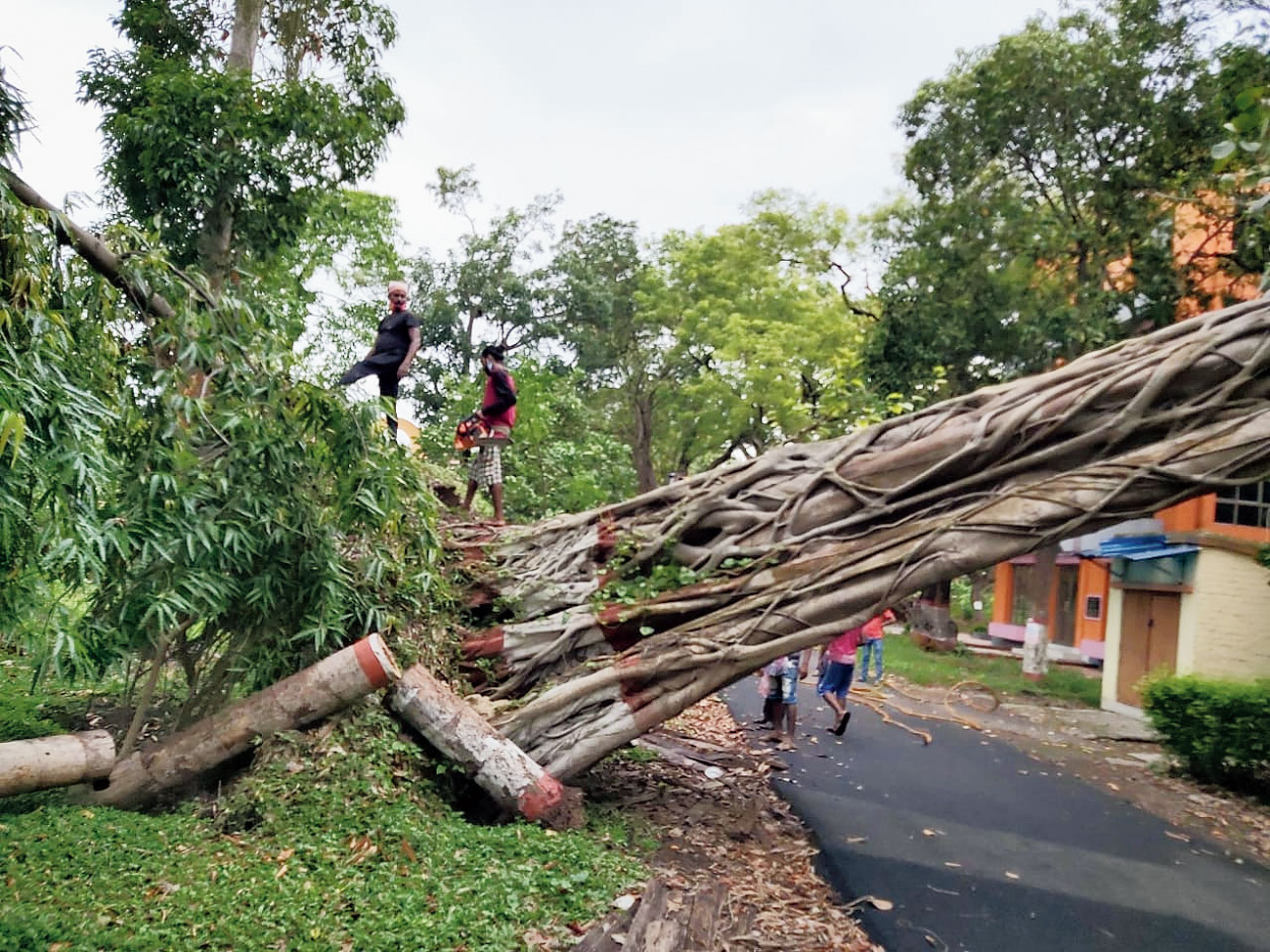 Transpiration loss is the biological process by which water is lost in the form of water vapour from the aerial parts of the plants.

“A hormone was applied so the roots grew faster. The onset of the monsoon has helped as the roots are getting uninterrupted supply of water,” said Roy.

The process of straightening the trees started on Thursday. A team of over 20 men straightened the trees, some of which are as old as 150 years, with the help of a hydraulic crane and hydraulic excavator.

Then they tied the trees with ropes to branches of stable trees close by. “This is required to give the affected trees support so that they do not wilt when a strong wind blows,” said Bhutia.

An official of the institute said they were committed to protecting the greenery on the campus.

The horticulturists have also recommended that the concrete construction around the trees, which could have been built during the beautification drive, be removed.

This has been identified as one of the reasons responsible for the uprooting of the trees as the roots could not go deep into the soil.