WWF help: fingerlings will be released in over 500 ponds in villages 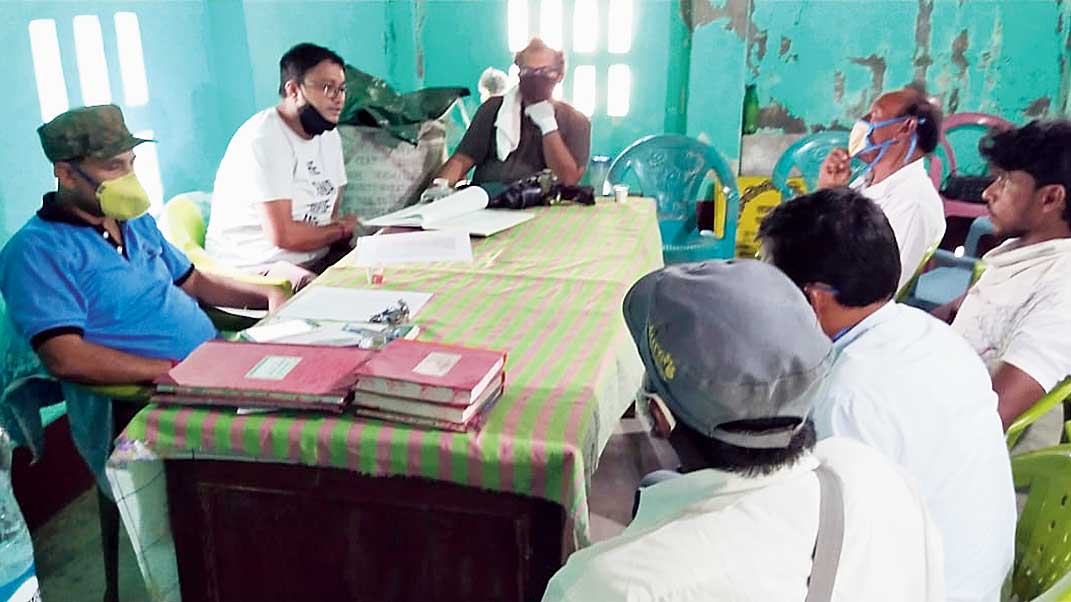 Forest officials at a meeting with members of joint forest management committees in the run-up to the project
Telegraph picture
Debraj Mitra   |   Calcutta   |   Published 10.07.20, 02:30 AM

Altogether 1.5 tonnes of fish fingerlings will be released in over 500 ponds in villages bordering the Sunderban tiger reserve by the end of July.

The fish farming will reduce the number of people entering the forest in search of livelihood, said foresters.

According to foresters and NGOs working in the Sunderbans, the lockdown and Cyclone Amphan had left most fields and fish ponds inundated with saline water, resulting in a loss of livelihood for many. As a result, even inexperienced groups are venturing out in the forests, they said.

Fingerlings of Indian carps like rohu and catla will be released. It will take six months to a year for the fish to grow in size after which  they can be sold in the markets, said forest officials.

The ponds are located inside villages in the northern fringes of the tiger reserve in Gosaba. “We have selected 26 joint forest management committees. There are 20 ponds under each committee. All 520 ponds will have 3kg of fingerlings released into each,” said Sudhir Chandra Das, field director of the tiger reserve.

The project is being funded by the World Wide Fund for Nature (WWF) India. The NGO will supply the fingerlings that will be released into the waterbodies from July 15 to 30. A team from WWF India has held a series of meetings with forest officials.

“Our aim is to create sustainable livelihood through an integrated farming system that optimises production through limited resources,” said Ratul Saha, who leads the Sunderbans programmes for WWF India.

People living on the fringes of the core forest area venture into the forest in search of livelihood — that mainly includes catching crabs and fish. The villagers are often attacked by tigers.

The latest such casualty was reported on June 13. A 36-year-old man, who went to catch crabs and fish in Chituri forest, died after a tiger attacked him when he went inside the forest and was chopping firewood.

“Our objective is to create income-generating activities for people living in the fringes so that they do not have to enter the forest,” said Das.

The joint forest management committees — that consist of all adult persons in a village — work with the forest department to protect the forest so that people in the fringes get benefits from the forest.

Cyclone Amphan has posed the massive challenge of salt water incursion in the Sunderbans delta — a Unesco World Heritage site.

Many embankments were breached as the surge whipped up by cyclone inundated several kilometres of the islands.

“Most of the ponds are low-lying and got filled with brackish water after the storm. But that water has been pumped out in most areas,” said Ravi Kant Sinha, the chief wildlife warden of the state.

Many of the 520 ponds where the fingerlings would be released had brackish water pumped out of them, he said.