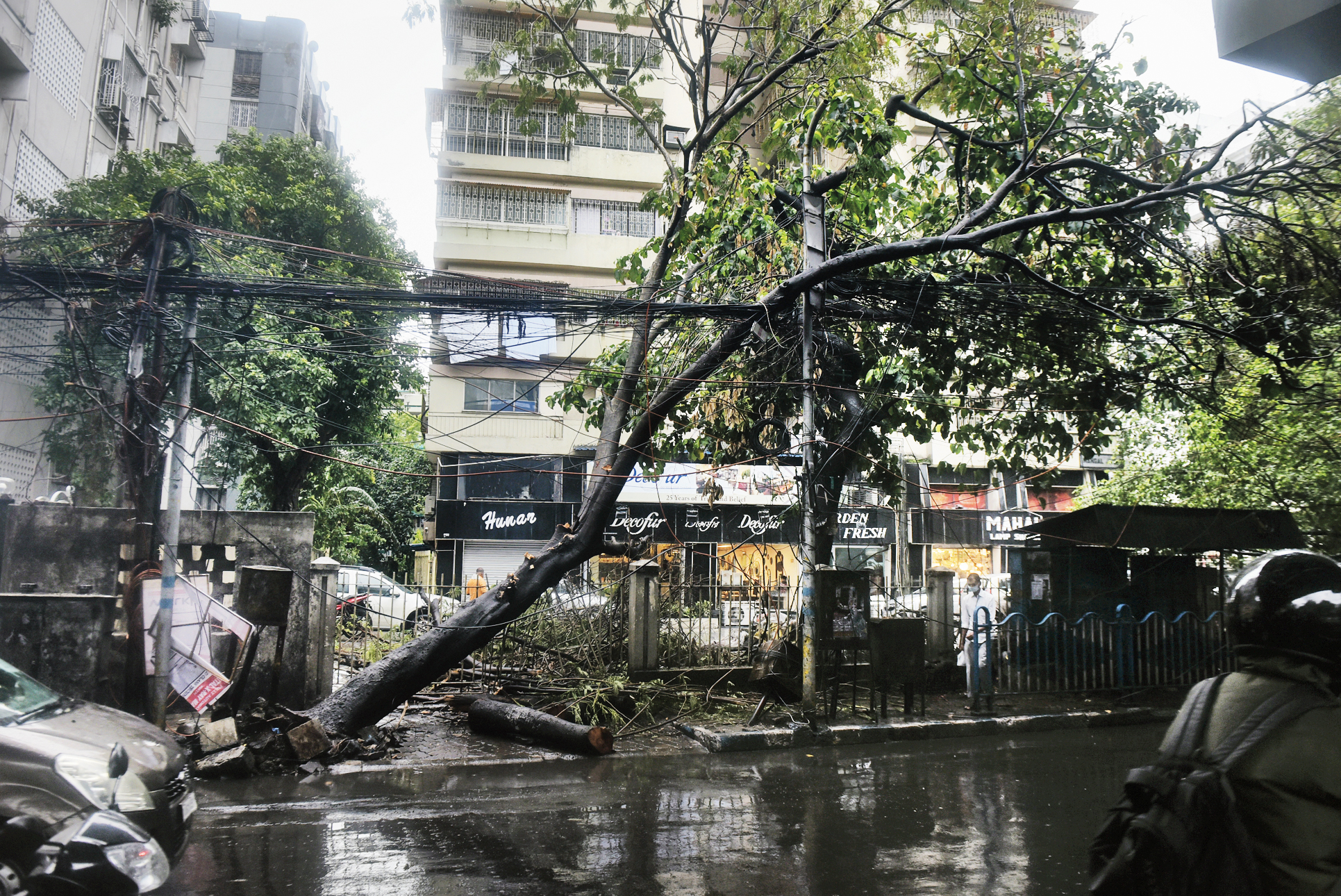 The monsoon’s first rain on Friday led to waterlogging along the kerbs on several roads, triggering questions whether the accumulated debris inside the rainwater catch pits have been cleaned for a seamless flow.

The weather office said the rain was spread out across the city. Calcuttans residing in various parts of the city said the rain was not very intense for a long duration but it came in spells. Between 5.30pm on Thursday and 5.30pm on Friday, New Market received around 50mm of rain, Cossipore got 35mm and Joka 30mm, according to pumping stations of the civic body.

Tarak Singh, a member of the Calcutta Municipal Corporation’s board of administrators, who is in charge of drainage, admitted that cleaning of the catch pits could not be done like in other years because of the lockdown and the consequent staff shortage.

“We have fallen behind by two to three months because of the lockdown. Our personnel are now working day and night but the volume of work is huge and it is taking time,” said Singh.

He added the civic personnel first desilted the manholes and catch pits/gully pits in the waterlogging-prone areas. Next, they are focussing on places from where complaints of waterlogging are coming.

Another Kasba resident said he had seen bubbles forming on the manhole lid on a stretch of BB Chatterjee Road. An engineer explained that this could happen if there was a block in the drainage line.

Residents of parts of south Calcutta said they had not seen any civic worker clean the catch pits or manholes in the last two or three months. Engineers of the Calcutta Municipal Corporation said removing the sludge that accumulated in the sump of catch pits and manholes was one of the most important tasks of the civic body before the monsoon.

An architect acquainted with the design of Calcutta’s underground drainage network said the branches dumped by the kerbside after trees were uprooted by Cyclone Amphan had also contributed to accumulation of sludge in catch pits. “The foliage of the trees blocked the catch pits in several places. In some places, some of the foliage even slipped through the lid of catch pits and went inside the sump, blocking a part of it,” he said.

The catch pits — bigger ones are called gully pits — have lids that can be seen along the kerbs of a road. Under the lid, there is a sump or a container that is connected to a channel linking the sump with the main drainage line under that road.

The rain water from the sump flows into the main drainage line through this channel. The mouth of the channel is located on the upper half of the sump. This is done so that dust and debris flowing into the sump from the road settles down and only the water flows through the channel.

“If foliage settles in the sump, it could partially block the mouth of the channel. This, in turn, will hamper the flow and the water from the road above will not be drained out fast,” said the architect.