The number of buses was much less than usual and people jostled for space as one turned up, flouting social distancing norms 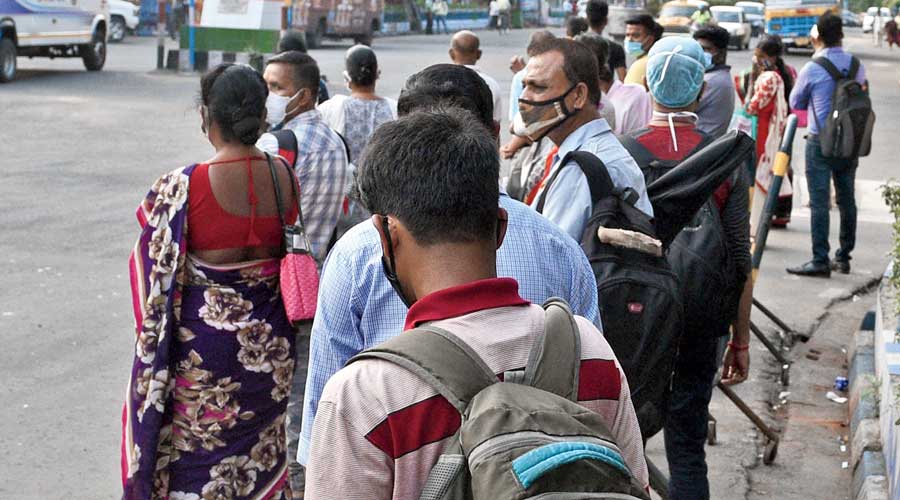 Commuters wait for a bus at Gariahat. The crowd at bus stands across Calcutta kept growing during the morning and evening rush on Thursday.

The number of buses was much less than usual and people jostled for space as one turned up, flouting social distancing norms.

The number was almost 50 per cent on Thursday, a day after the state government issued a notification on transport curbs to check the surge of the virus.

In the absence of local trains, the rush of office-goers was felt more as the day progressed.

Around 5.30pm, at least 30 people waited for a Ruby-bound bus at the Gariahat intersection.

At 6pm, scores of people tried to board a Shyambazar-bound bus at Esplanade.

The absence of local trains led to a surge in the number of passengers on buses headed to Barrackpore and other places on the northern fringes and Baruipur, Sonarpur and nearby places in the south.

Starting Friday, Metro Railway will run 192 trains every day from Monday to Saturday, instead of 216.

On Sunday, there will be 82 trains instead of 98, the carrier said.