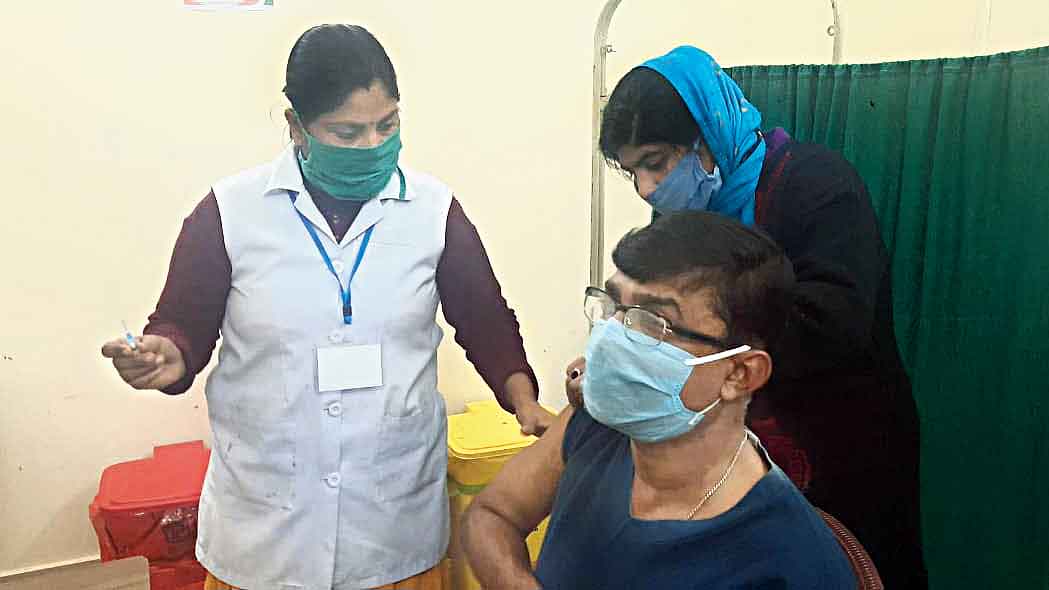 In letters addressed to the officers-in-charge of several police stations, the officials have expressed the fear that trouble might break out at vaccination centres any day.
File picture
Kinsuk Basu   |   Calcutta   |   Published 24.04.21, 01:50 AM

Health officers of several boroughs in Calcutta have sought police deployment at vaccination centres fearing unrest because shortage of doses is resulting in many people leaving without getting the jab despite queuing up for hours.

In letters addressed to the officers-in-charge of several police stations, the officials have expressed the fear that trouble might break out at vaccination centres any day.

Vaccination is under way at 140 of the 144 ward health units across Calcutta. Health officers in the city’s 16 civic boroughs oversee the supply of doses and the subsequent inoculation at units under their control.

Over the past few days, potential recipients have been queuing up outside these health units since early morning — at places as early as 3 or 4am — for the jab. Many of them return home without being inoculated as stocks run out.

Tempers ran high at a vaccination centre in Bagbazar recently when officials declared in the afternoon to a long queue of potential recipients that the day’s quota was over.

Many people in the queue were senior citizens who had turned up at dawn.

While most people left for homes, some demanded that they be shown how many vials had reached the centre that day and how many doses had been administered. Each vial contains around 10 doses.

At a vaccination centre in Kidderpore, people are using items like boxes and buckets to reserve their place in the queue.

At a centre near Tallah police station, many senior citizens decided against joining the queue on consecutive days realising it was too long for them.

“Tempers have been running high at centres because of shortage of doses,” said Tarun Saha, the chairman of borough I, which includes Tallah, Cossipore and Bagbazar. “It would have been easier if we could say in writing how many doses were available on a particular day. But that is not possible because the supply is not uniform.”

“The health officers expressed the fear that there could be unrest resulting from shortage of doses. Some of them have attached a copy of an earlier letter from the state health secretary to the state’s director-general of police and the police commissioners requesting police protection for vaccine transportation and vaccine centres,” an officer at Lalbazar said.