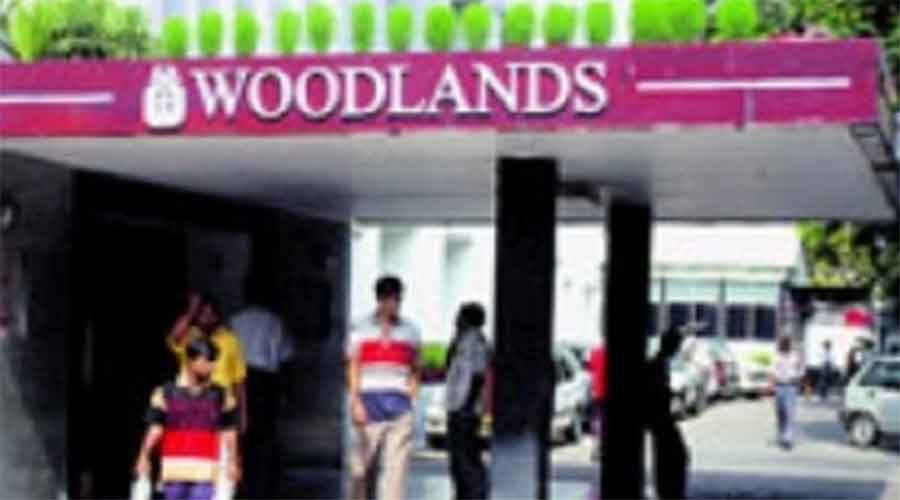 The West Bengal Clinical Establishment Regulatory Commission on Monday decided to hand over Rs 1 lakh as compensation to a family of a man, who was forced by Woodlands Hospital to shift as soon as he tested positive for Covid-19 last June.

A 79-year-old man was admitted to Woodlands in June. Soon after his admission he tested positive for Covid-19. Banerjee said the report arrived in the evening.

“The hospital immediately started putting pressure on the family to shift him elsewhere,” he said.

Banerjee added the hospital had arranged for the patient’s transfer to Desun Hospital and also arranged an ambulance.

“The patient was covered by medical insurance. The bill for the treatment at Woodlands was Rs 2.09 lakh. The family wanted to pay the amount the insurance company would not pay. But the hospital did not wait. The hospital insisted the family pay the entire amount in cash.” Banerjee said.

The commission also asked Jagannath Gupta Institute of Medical Sciences and Hospital in Budge Budge to deposit Rs 5 lakh with it.

Banerjee said the patient’s family was verbally told that the patient had tested positive for Covid while he was undergoing treatment at the hospital in July.

The hospital, however, did not give the family a copy of the report, though the family insisted on getting it.

A few days later, the hospital told the family that they would do a test. The sample was collected thereafter.

“We have asked the hospital to keep Rs 5 lakh with the commission as we have found prima facie substance in the complaint,” Banerjee said.

The commission had first heard the complaint in August and asked both parties to give affidavits. But the hospital could not submit the affidavit as the patient party did not serve a copy of its affidavit to the hospital.

“We have fined the patient party Rs 5000 for not giving a copy of the affidavit to the hospital. We have also asked them to serve a copy to the hospital soon,” he said.

In other decisions, Desun Hospital was asked to pay a patient’s family Rs 50,000 as the patient’s bed sore had worsened during his stay at the hospital.

The 76-year-old patient had first degree bed sore when he was admitted in the hospital.

But the hospital admitted that he developed third degree bed sore while his stay there, Banerjee said.

Belle Vue Clinic was asked to offer a discount of Rs 50,000 to a patient’s family as the commission found the hospital had not offered discount on medicines and the cost of some of the pathological tests were high.